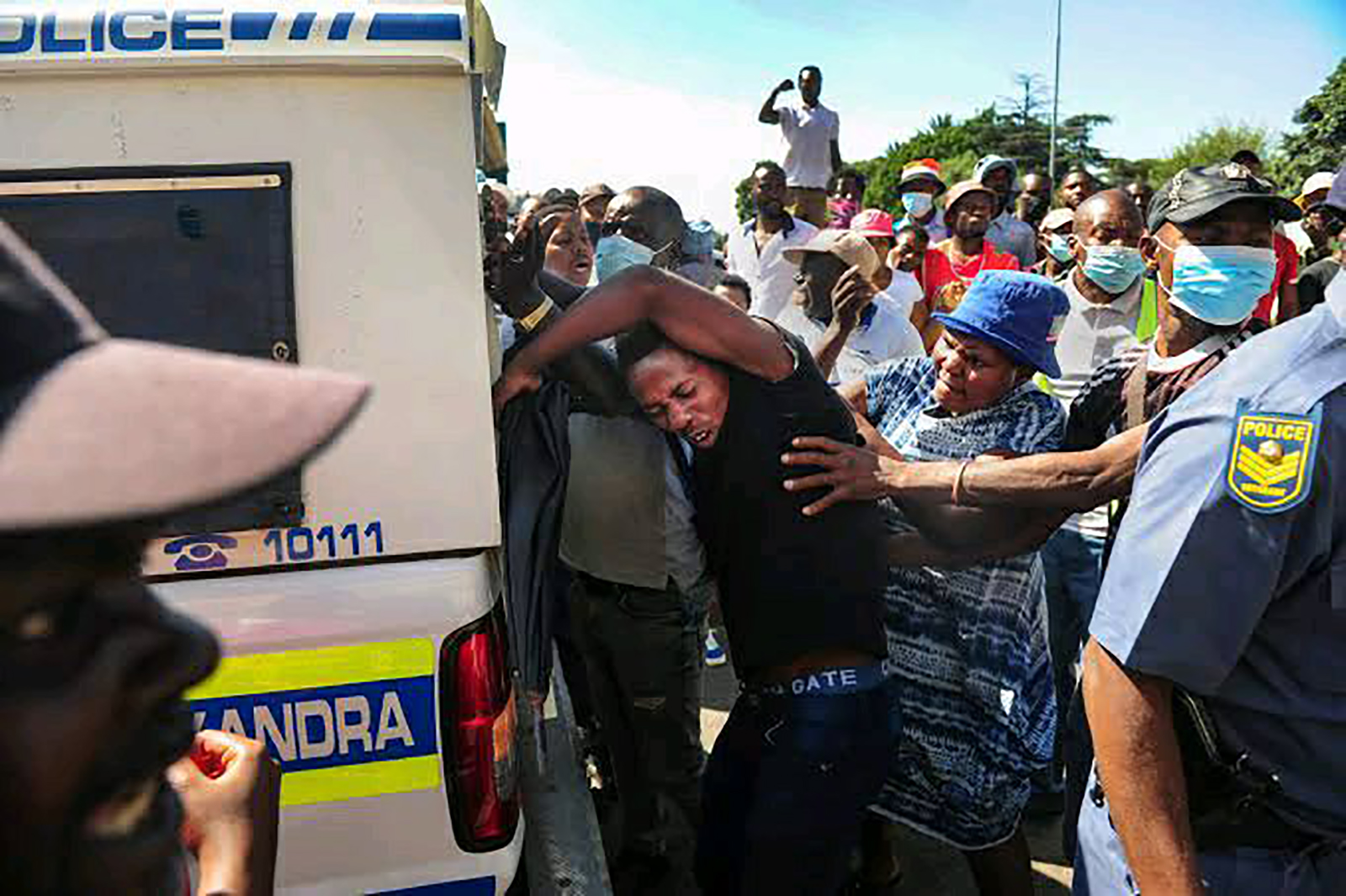 Operation dudula participants staged an anti-illegal immigration rally in the City of Brixton, Johannesburg, resulting in rioting and looting in the area.

For some time, the pressure movement has been moaning about how illegal immigrants behave in the country, as if they are denying residents their constitutionally guaranteed rights. South Africa’s unemployment rate has risen as a result of foreign nationals occupying critical positions in the country.

An event that occurred in Johannesburg’s Brixton neighborhood earlier this week — a march by members of Operation DUDULA — has sparked debate among South Africans.

Inquisitive members of operation dudula inquired about the nationality of several women they thought were Zulu, Xhosa, or Ndebele. The women who could no longer take the tension began angrily attacking the demonstrators.

Due to the gate being shut, the protesting dudula members attempted to break in, despite the fact that verbal abuse was being exchanged between them and their opponents on both sides of the fence.

There is a need for the government to step up and guarantee that the tensions between South Africans and members of Operation Dudula are handled after this incident occurred.

As stated in an official announcement from Xabiso Mtwana on Twitter,

“Operations Dudula thugs in Brixton, Johannesburg, have been terrorizing Zulu and Ndebele speakers. Please spread the word and help the families file a claim “As a matter of fact.

Content created and supplied by: Segun (via Opera News )