Wistful!Khoza Was Murdered By Her Husband,  She’s Gone RIP

Wistful!Khoza Was Murdered By Her Husband,  She’s Gone RIP 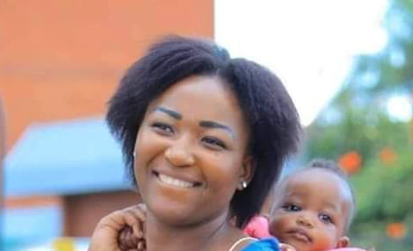 As I’m currently writing this article Nono Khoza is the latest female victim to lose her precious life at the hands of her husband unfortunately she’s no longer alive.

Messages of condolences are pouring in for her all over social media, what is sad about the whole thing almost every month our beautiful sisters are being murdered by their loved ones may her soul rest in peace.

He killed her with a Panga, he’s not only cruel but he’s a danger to society. The incident took place last night, and right now a murder case has been opened by the police.

What is painful about the whole thing, she had a young child who was going to grow up without her parents. Her mom is no longer alive and her father on the other hand is going to spend most of his life in prison, I don’t think the child will be able to forgive his father.

Nono Khoza was only 25 years of age, let’s not turn a blind eye to society as women let us not date abusive men. The rate of femicide in this country is shocking, I swear to you relationships are not all about the honeymoon phase. Worst case scenario about dating a cruel man you pay the price with your life. Nono Khoza went to her neighbor to complain about the actions of her husband, he was cheating on her and even went as far as bringing another lady to their home. He didn’t respect his wife at all, but when she confronted her husband out of anger he killed her, he was supposed to dump her but no he chose violence.

He slashed her with a knife all over her body, the crime scene was full of blood. May her beautiful soul rest in peace.

WOMAN MURDERED WITH A PANGA BY HER HUSBAND IN MOKOPANE

MOKOPANE :A case of murder has been opened at Mahwelereng police station after a 25 – year old woman was killed in Mzombane village, Mokopane last night.

Nono Khoza was reportedly murdered at her home in Mzombane Block E. pic.twitter.com/DqeVbMkNzu