What the mother of the late Njabulo did as the coffin was being lowered into the grave: WATCH

What the mother of the late Njabulo did as the coffin was being lowered into the grave: WATCH 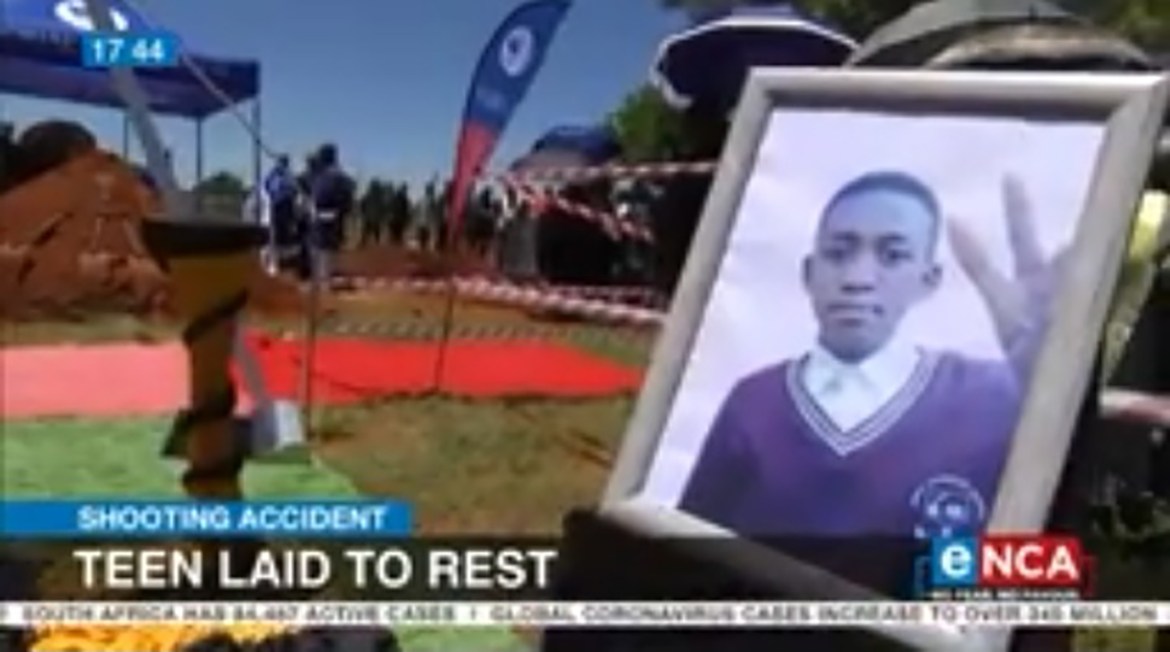 Njabulo Ndhlebe( pictured above), a fifteen-year-old teenager who died on the 12th of January 2021 was finally laid to rest on Friday. He reportedly got accidentally shot by his best friend when he was playing with the gun.

In the video above, the brave mother held up the peace sign in honor of her son. Many people reportedly said that it was his favorite sign.

Zuko Majola was allegedly playing with his late grandfather’s gun when the tragedy took place. Out of panic, the young man decided to take his life away. It was described as a tragic day as the 15-year-old was being laid to rest. The late Njabulo’s mother reportedly had the courage to speak to media for the first time on Friday. 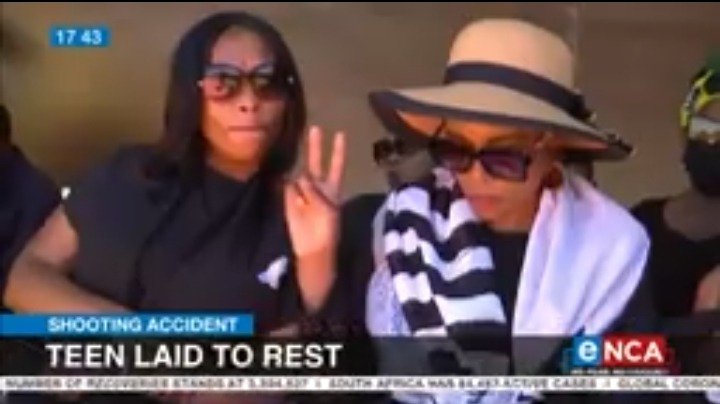 When the mother identified as Zami Ndhlebe was asked where she got the courage to speak to the media, she said that her God wanted to reveal something about South Africa. She said that she did not know what message God was trying to put across. Zami went on and alleged that God had instructed her not to question what had happened. When she was asked to share what dreams she had regarding her son, she again said that she had been instructed not to question what had happened. 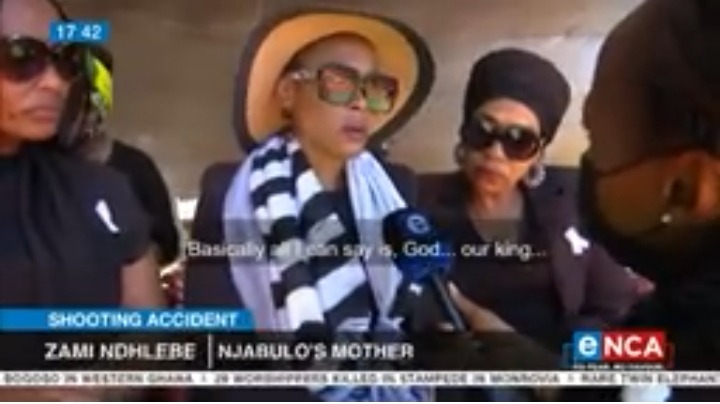 She however said that it was painful to be informed that her son had died Zami said that when she went to the place where her son lost his life, she just felt some courage-building from within her and she did not understand what was happening to her. May his soul rest in peace.