What happened to Kat is so heartbreaking: Skeem Saam Viewers Heartbroken Over What Happened To Kat

What happened to Kat is so heartbreaking: Skeem Saam Viewers Heartbroken Over What Happened To Kat 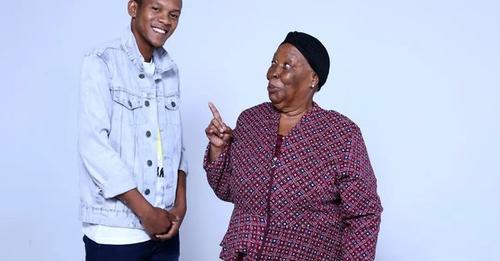 Not a weekday goes by without Skeem Saam trending.

The department of education drama has been on local television for over 10 years and it has kept on delivering.

So Mmaptsi has been working on this cookbook set to take Turfloop by storm and she has collaborated with Capsys co-owners Kat and Candice.

All seems to be going well and after being fired from her job at Turftimes for choosing to follow her dreams, Mmapitsi is even more determined to make the cookbook work.

However, there is a bit of a dilemma. The publisher of the book wants only Candice on the cover as she believes it’ll lure in the white market.

According to her ‘experience’ in the industry, black people do not buy books, hence their decision to leave Kat out.

Katlego did not know about this until the day of the cover reveal.

Kat invited all he friends, family, and Koko Mantsha whom we haven’t seen in ages to the launch only to find out that his picture had not made it to the cover.

What is even more heart-breaking is that Mmapitsi and Candice basked in the moment while Kat cried his heart out.

This didn’t sit well with Skeem Saam viewers including Zalebs.

If you are an avid watcher of Skeem Saam you’d remember that many years ago, while in Culinary school, Katlego and his mate Sphola received the same unfair treatment because they are black.

In as much as this is heartbreaking, we have to commend SABC Education for highlighting the injustices that still happen in our country despite almost30 years post-apartheid.

Have a look at some of the reactions on social media.

Mmapitsi sold Kat out to a racist. Nothing can ever undo this kind of betrayal #SkeemSaam pic.twitter.com/1OLkvIdqDf

Poor Kat is devastated…if there’s anyone who doesn’t deserve this, it’s him #SkeemSaam pic.twitter.com/dMUWXEyqre

Shoki Mmola, one of the more popular stars on Skeem Saam left the drama after 10 years on the show. Shoki, affectionately known to millions of viewers as Celia Kunutu/Magoongwa has been part of Skeem Saam since in debut in 2011.

Shoki’s exit comes as a shock to fans of the show.

Celia faced pressure from hospital manager Mr Kgomo who was constantly on her case.

This is after her husband, Aflred Magongwa lost his eyesight after a prank by Turfloop High’s learners including his son Mahlatse and the troublesome Paxton Kgomo went wrong.

The SABC has confirmed that Shoki Mmola bows out of Skeem Saam. The SABC bids farewell to Shoki Mmola who is leaving her role as Velia on Skeem Saam.

Shoki will be missed by her fellow cast members, crew members and viewers watching at home. We wish her well and all the best with her future.

The actress also confirmed that she is leaving the show on her social media. She thanks everyone who has supported her in the last 28 years.

As I bow out of SKEEMSAAM, I bow even lower to Everyone that has supported my work over the 28yrs of industry… And 10yrs of Skeem Saam……HERE: to telling more stories.

She will not be featuring in the new season that is starting on Monday 4th July.

According to sources, she leaves the show to focus on other ventures.