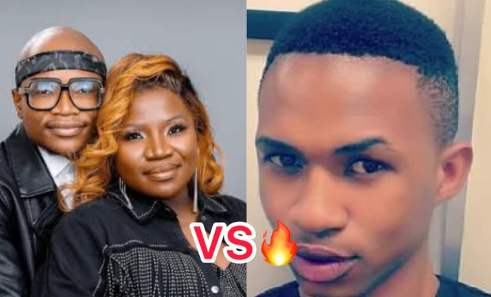 Ndivhudzannyi Ralivhona, known by her stage name Makhadzi, is a South African singer. Born and raised in Ha-Mashamba, Limpopo, her career began at the age of 12 as a dancer prior to pursuing a music career .

Makhadzi is one of the most trending topics in South Africa today, as she released her new album yesterday and it has been doing well across all music platforms. Her album is currently one of the top albums on Apple Music, showing that Makhadzi is loved by everyone around the world.

As she has released her new album, she was one of the topics Musa Khawula talked about, on his 8th episode of the pope of pop culture. Musa Khawula opened his episode by congratulating Makhadzi on dropping her new album before he went to expose what’s happening in her relationship with Maser KG.

Musa Khawula said he was partying this weekend and one of his friends called Rob showed off that her fiancé master KG, bought her a new expensive Gucci hat. He said that Makhadzi went through master KG’s phone and found out that master KG is busy buying the likes of Rob Gucci hats, and she went rogue.

According to Musa , Makhadzi went to Instagram and she went to confront Rob and asked her what’s her business with her husband. Rob appears to be a don’t care kind person as Musa indicated that she went to post more pictures of the hat, just to irritate Makhadzi. However, Rob is reportedly shooting a reality show and that’s where we will get more information about Master KG’s affair with Rob.