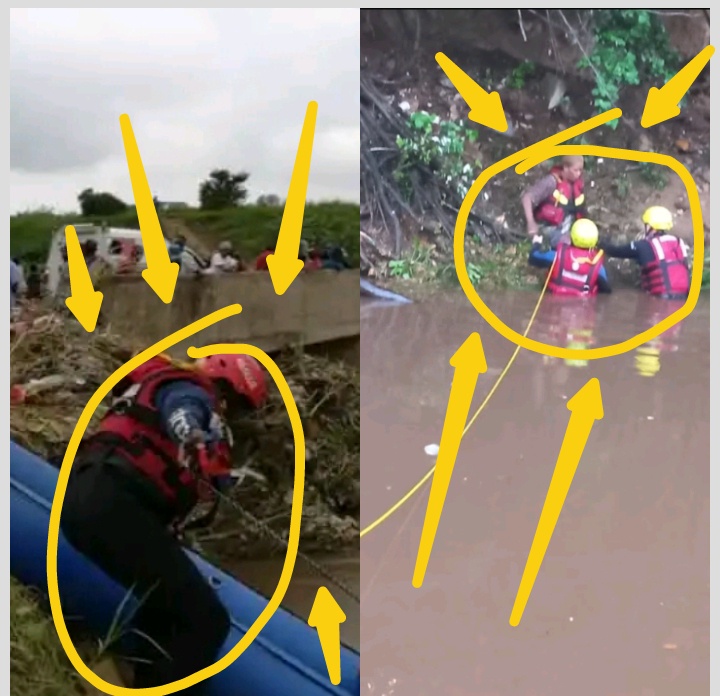 South Africa: 20 or more families will end this year in tears and sorrow as flash flood claimed the lives of 20 people, with many still missing in Johannesburg This year came with several incidents of natural disaster and South African has been one of the most affected African countries.

The faith of a South African church has been tested as quite a number of their members were washed away and drowned yesterday evening while performing baptismal rituals in Jukskei River.

For now only tow bodies have been recovered as the SAPS and other South African security and emergency services stormed the area to carry out a search and rescue operation. The area is known for its bad weather and the same river has drowned many others before yesterday’s incident.

In reaction to the sad reports, South Africans have taken to social media to express their condolences and disappointment toward the church leaders for ignoring the bad weather signs. Here are some of their comments; Jukskei river is stormwater, waste water, and it always sweep people away, people in Alexandra, shacks along it knows very well. The sad part is when children are involved because of lack of good decision making. When water fills up the stream from distant rains it changes water colour and speed which is warning that the river is upgrading its flow to warn anything on its way.

I think people who are practicing this things they should start first by taking swimming lessons and knowing when to do this rituals even when they see that it not safe they continue risking with peoples lives.