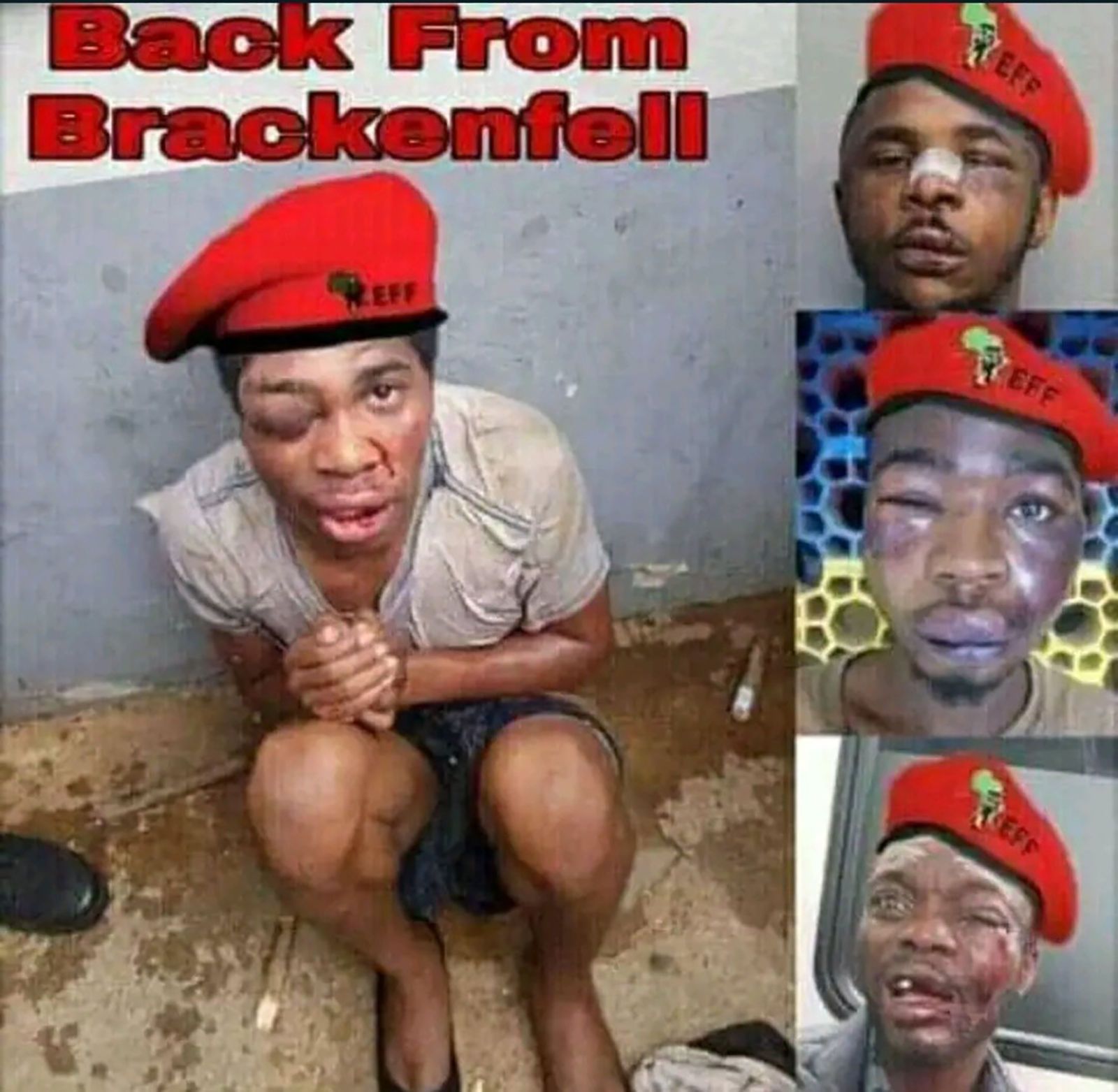 Over the recent times many EFF members have in one way or another received some beating from the crowd. A South African posted this on Twitter saying that they should use their pictures to create memos on Twitter.

The First one tagged Back from Bracken fell happened in 2020 in western cape Brackenfell high school. EFF members was protesting against alleged racism at the school when a violent confrontation ensued between them and a group of the community members which resulted to some of them serious injured.Many South Africans said their deserved the beating because the group members sometimes cause Chao’s example was the incident that happened last months EFF MPs was dragged out from the Parliament. The EFF MPs was thrown out of the Parliament after disrupting Ramaphosa budget vote calling hi. A money launderer. The EFF members was thrown out of the Parliament after speaker Nosiviwe order the security to drag them out from the Parliament.