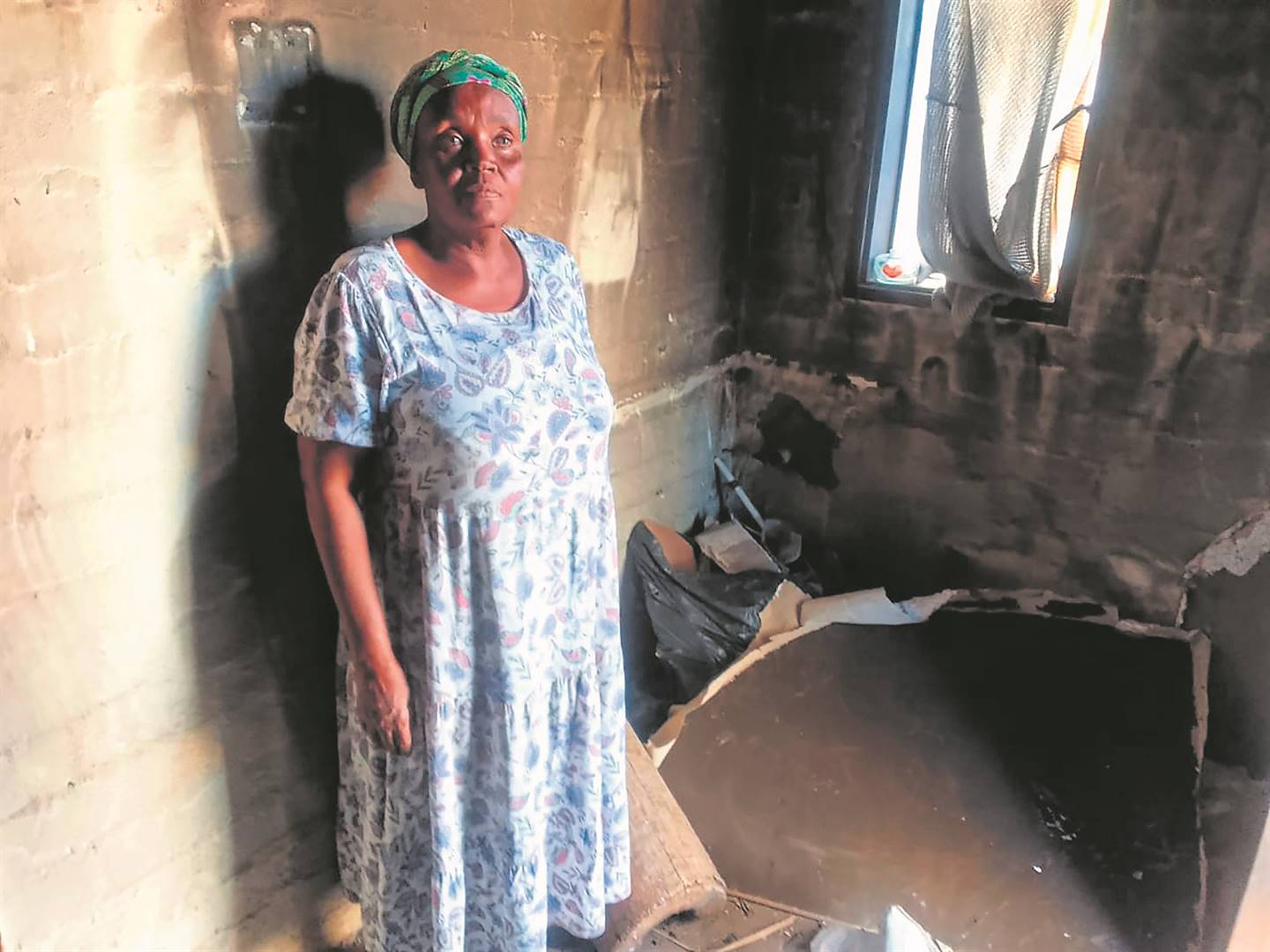 Gogo Basetsana Ndala said her home was scorched after her granddaughter battled with her neighbour’s little girl.

ELIZABETH Ndala believes that her neighbours should fix her home.

The 80-year-old from Soshanguve, Tshwane, was gone out and was burned to the ground, supposedly by her neighbour’s girl.

Gogo Elizabeth has been remaining with her sister, Basetsana Ndala.

She said the neighbour’s little girl had a battle with her granddaughter Fortunate at a nearby bar. The gogo said she had gone to visit her sister in Mamelodi East when she got a call from different neighbours telling her the house was ablaze. Gogo Elizabeth said Fortunate told her the neighbour’s girl set the house ablaze.

“She let me know they had a battle at the bar and afterwards the young lady came to my home and consumed it to demonstrate hatred for Fortunate,” she said.

She said the young lady was bust and requested to pay for the harm.

“I don’t have the foggiest idea where I will begin. Nyaope friends took the window outlines, electrical links and furniture. The young lady hasn’t paid me anything.”

Be that as it may, neighbour Thabile Vilakazi (43) said her niece didn’t torch the house. She said she knew about the battle on the grounds that the young lady returned home dying, saying Fortunate had wounded her.

“The police held her for two days and delivered her without charges. We don’t know about any request made that she needed to pay for the harm,” she said.

“The matter was examined, and the agenda was indicted. The matter was not enlisted by the National Prosecution Authority. All things being equal, the examining official was told to lead further examination.”

Gogo Basetsana Ndala said her house was burnt after her granddaughter fought with her neighbour’s daughter. Photo by Raymond Morare

Content created and supplied by: trendingNews.. (via Opera News )