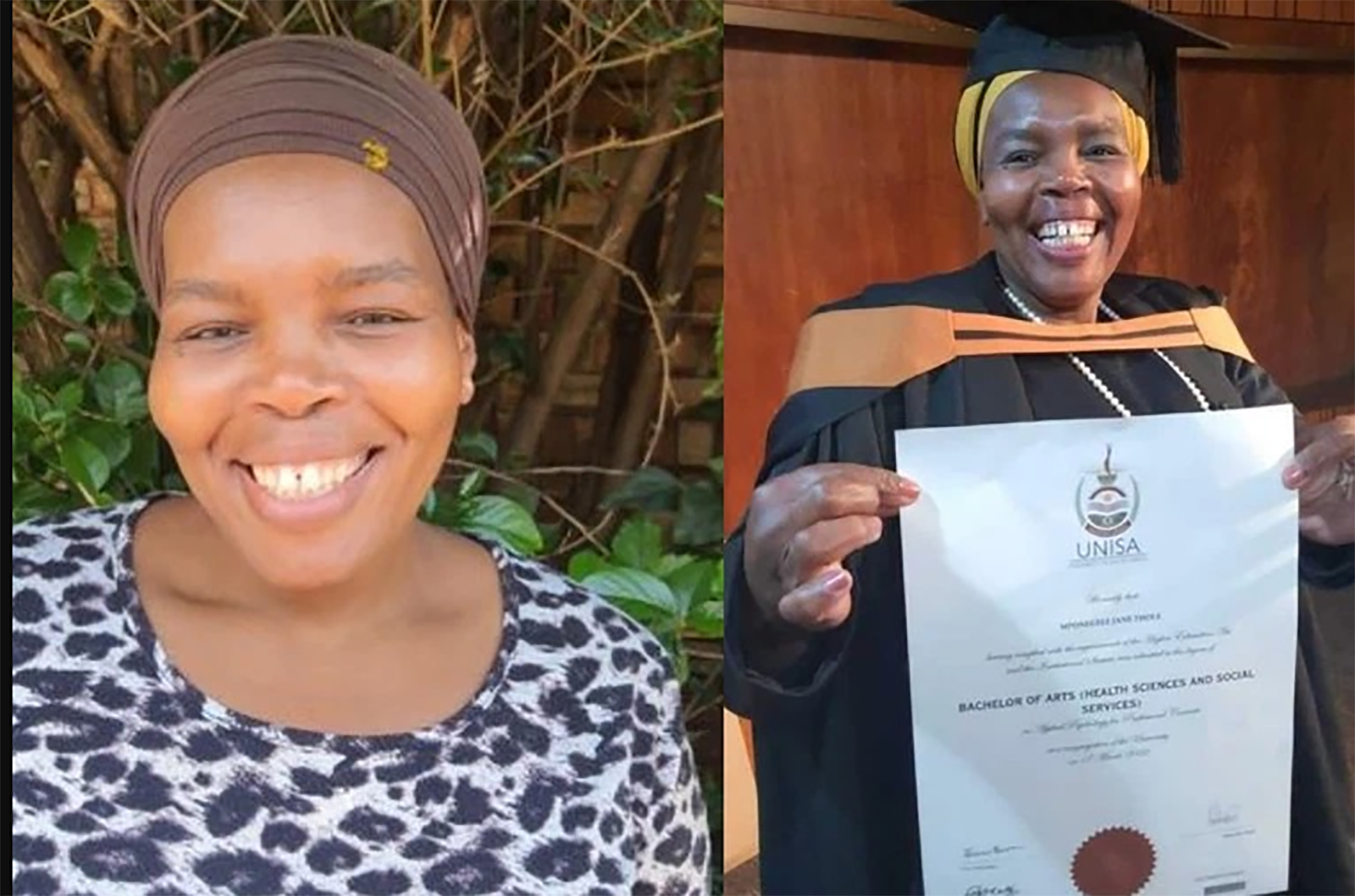 Domestic worker Mponegele Jane Thole who recently graduated with a degree at the University of SA (Unisa) studied in the taxi while travelling to work every morning.

The 45-year-old who originates from Zebediela in Limpopo told Sowetan how difficult it was to study for the past five years without textbooks while juggling her jobs and motherhood.

But her hard work paid off when she finally got to walk across the stage during a graduation ceremony recently where she collected the bachelor of arts in health sciences and social services degree.

“It was difficult. But I knew what I wanted so I made time to study when I got home from work after making sure that my children have bathed, eaten and done their homework,” Thole said.

Thole, who lives in Tembisa and works for five different families in Johannesburg, said she would use every opportunity to study, including taxi trips between home and work, using her cellphone.

She completed her degree over a period of five years and had to ask fellow students to send her pictures of textbook pages so she could do her assignments.

“The textbooks were very expensive and I could not afford them. I had to make a plan,” she said.

Thole said she completed her matric in 1997 with hopes to study medicine, but her family could not afford it.

Her mother Lina Thole was raising six children on her own after their father died, meaning that finances in the family were overly stretched.

“Watching my mother struggle made me want to do more and get an education. Can you imagine what it was like for her to be unemployed being a single mother of six?” 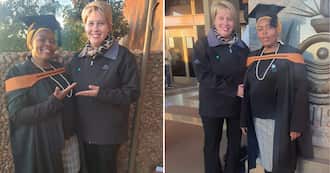 In 1998, Thole got funding to a BCom degree at Rhodes University but she faced financial exclusion after failing her second year.

Due to the pressure to assist her family, Thole then decided to take up a job as a domestic worker during the year 2000.

But her desire to study further and obtain a degree did not leave her.

“I initially wanted to enrol for social work but the places were full. Then someone gave me information about another degree with similar models. As I studied I realised that I actually love psychology.”

Thole is now preparing to enrol for her honours degree and wants to specialise in industrial psychology. Her favourite modules are labour relations and statistics.