Khutso Steven Kgale, a.k.a, King Monada, is one of those artists who are doing exceptionally well. At only 29, King Monada already owns a fleet of luxury cars, a giant mansion, and even an aircraft!

The Limpopo musician gave us a preview of his mansion when it was still under construction. Then in November 2021, he went on Twitter to flaunt his fully constructed and furnished mansion that left many South Africans, including the likes of Julius Malema and Cassper Nyovest, impressed.

Here are all the details, photos, and videos of King Monada’s house.

Where is King Monada’s house located?

King Monada’s house is located in his hometown in Ga-Mokgoloboto Village, in Tzaneen, Mopani district municipality, Limpopo, where he is perceived as a living legend.

The reason for building his house in this village is that it’s where he is from, and he wanted his children to live there. The house is near his parents’ home so it will allow his family’s bond to grow. The village is not connected to electricity but King Monada vowed to ensure that his house had electricity, and he delivered.

How much did King Monada’s house cost?

It is estimated that King Monada’s house cost him about R1.5 million to R3 million to construct.

He built his house at a time when a lot of people were struggling to make ends meet because of COVID-19, which only means that he is well-loaded.

King Monada’s house is a double-storied building with about six bedrooms. In the short video above shared by Mashabela, you can see spacious closets in the bedrooms and magnificently spotless bathrooms complete with bathtubs.

The house’s interior is fully furnished with clean white walls, and the floors are covered with white marble tiles. The upper and lower floors are connected by grand staircases, and the rooms are well-lit by high chandeliers.

The exterior of the house is painted in tasteful dark and light shades of grey to go with the grey tiled roof. The house has plenty of large one-way glass windows and doors that provide lots of natural light.

There is an expansive compound that is carpeted with green lawn grass.

King Monada’s house also has a spacious garage that accommodates his fleet of luxurious cars, which include a BMW M4 sedan, C63 AMG Merc, CLK 350 Merc, and a Viano Marc.

Who lives in King Monada’s house?

King Monada is a proud polygamist and has two wives. It is reported that he constructed his giant mansion so that he would have enough room for both his first wife Lerato Ramawela and his second wife Cynthia Ntebatse Lion, as well as their children. 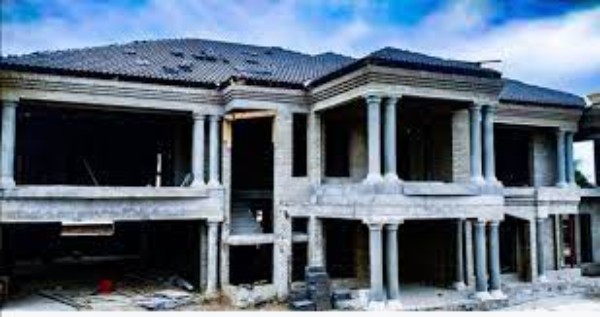 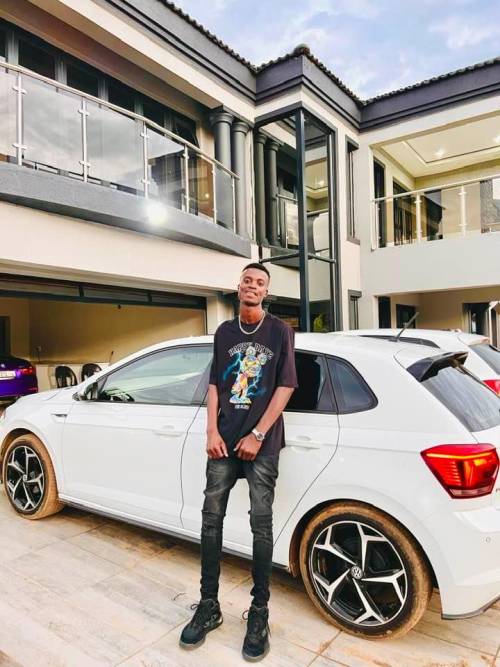 Some of the notable guests who were present at the groundbreaking ceremony included comedian Mashabela Galane and actor Clement Maosa.

We wish King Monada and his family all the very best as they start their new lives in their new home.