Kelly Khumalo is one of South Africa’s most recognized singers and is also considered to be one of the ones that has the most amazing vocals in the country. She is a force to be recognized with. She has achieved so much in her career and made a good name for herself in the South African entertainment industry.

But for the past few years, people have been focused more on her personal life than on her musical career because of the endless drama that happens in her life. One of which is one that left many South Africans with questions about what happened the day he died because Kelly Khumalo was also there when he was killed, but till this day, investigations are still taking place, but there is still no answer about what really happened to Senzi Mayiwa.

Kelly Khumalo often trends on social media, and the last time she trended was because of the things her ex, Jub Jub, said about her on the Mac G podcast. But ever since then, she has not said much about the awful things Jub Jub said about her.

But she recently trended on social media after what she said about people who do not own DSTV and was attacked by Mzansi. Every year, before the clock strikes midnight and people begin counting down to the new year, radio stations frequently play music from the year’s top hit songs until the number of hit songs is reached. This means that it is the song that many loved and vibed to. The top song on a certain radio station was a song that many did not know and wondered where the song was from. But then Kelly Khumalo responded by saying only people without DSTV do not know who the song of the year belongs to because if they had DSTV they would know. 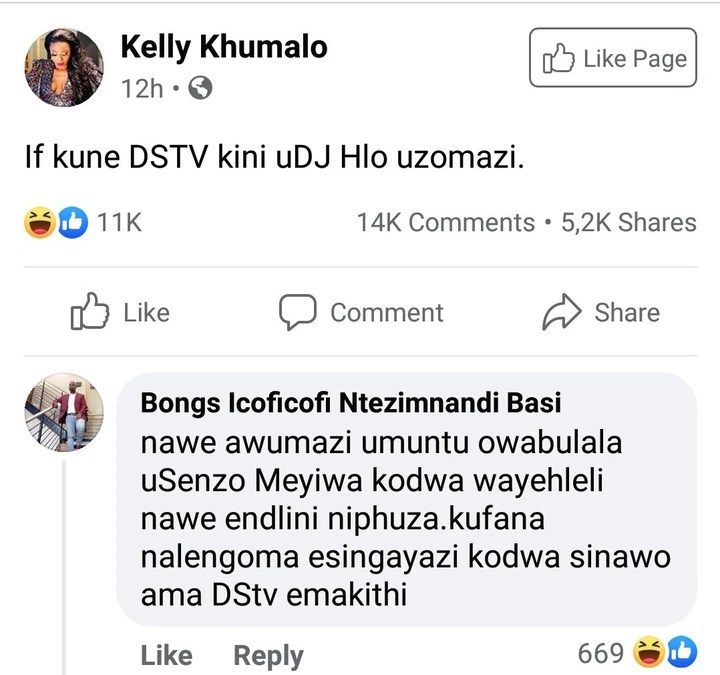 Then Mzansi responded by asking her what happened to Senzo Mayiwa, and just like her, you do have DSTV, but they do not know the song. In the same way, she was present during the ordeal but did not know who killed Senzo.

This is how Mzansi reacted:

Social Media Attacks Kelly Khumalo After She Said Who killed Senzo?"About People Without Dstv
You might also like More from author
MZANSI CELEBS