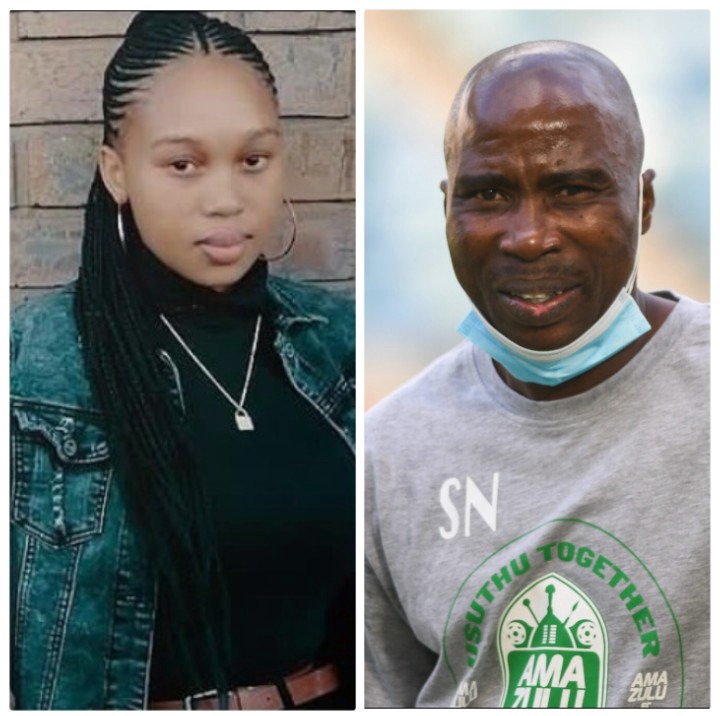 PSL’s all time leading goalscorer with a tally of 123 goals to his name, Siyabonga Nomvethe, celebrated his 45th birthday on Friday, 2 December.

The product of the Claremont Blizzards who is undoubtedly one of, if not the most lethal goal poarcher to ever grace the PSL was born on this day in 1977.

To mark this special day, Siyabonga Nomvethe’s daughter Cebo Nomvethe whom he fathered with his wife Nompumelelo “Mpumi” Mpanza was one of the first people who took to social media to send their well wishes and congratulatory messages to the football legend.

On Friday, Cebo Nomvethe took to her Instagram stories where she shared a photo of her famous father which was captured during his playing days where he was in a celebratory mood.

As part of her caption, Cebo Nomvethe decided to send her congratulatory message to her father where she wrote, “Happy birthday Papa”. 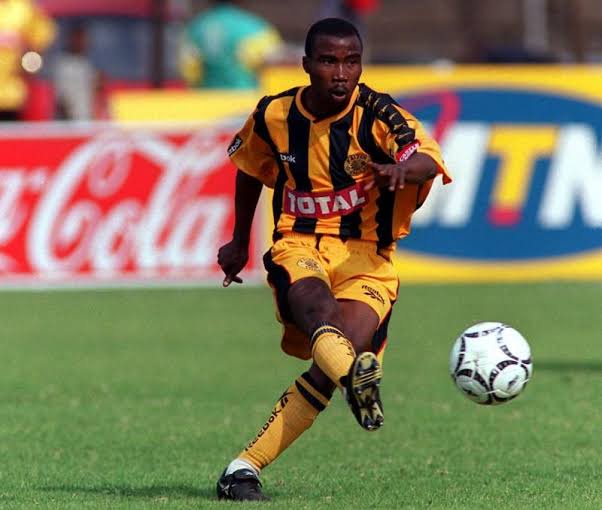 When it comes to Siyabonga Nomvethe’s football career, the now 45 year old KwaMashu born retired footballer turned assistant coach at AmaZulu who was a regular at club and country level during his playing days did not only earn cult status in the PSL but he also made a name for himself in the lucrative major leagues abroad.

According to his player profile on 𝘵𝘳𝘢𝘯𝘴𝘧𝘦𝘳𝘮𝘢𝘳𝘬𝘵, “Bhele” as he is affectionately known as had the privilege of plying his trade at Serie A giants Udinese where he was sent out on three loan spells at Salernitana, Empoli and at Djurgaden and also had a three year successful spell in the Danish Superliga at Aalborg BK. 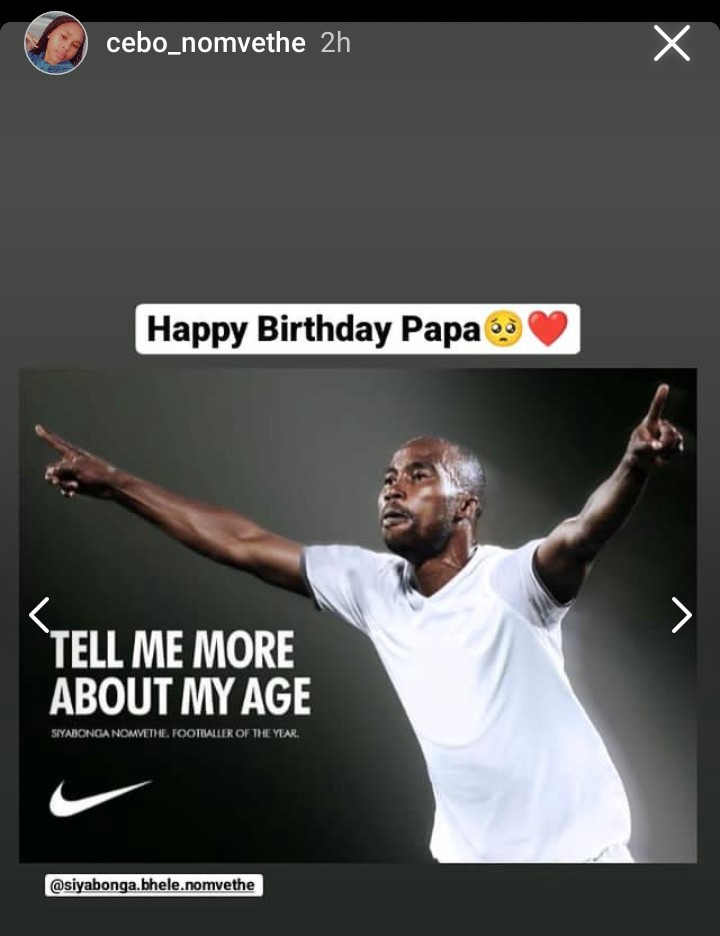 According to the same source mentioned above, Siyabonga Nomvethe who was named as the 2011/12 PSL Footballer of the Season award winner scored 16 goals during his playing days in the Bafana Bafana national team setup.