She Was Stabbed To Death By Her Boyfriend After She Refused To Do This. RIP SEE What He Did Here

She Was Stabbed To Death By Her Boyfriend After She Refused To Do This. RIP SEE What He Did Here 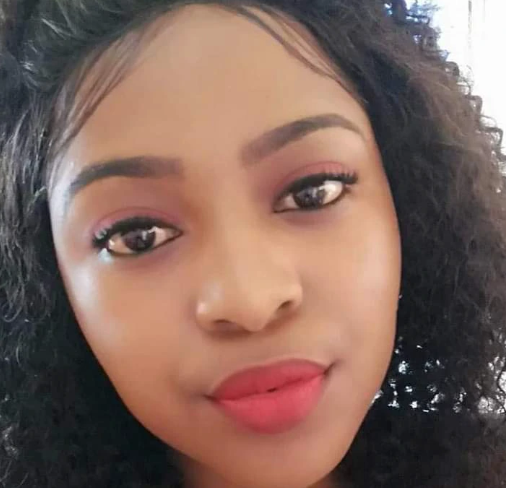 RIP: She Was Stabbed To Death By Her Boyfriend After She Refused To Do This. SEE What He Did Here

Something drastic must be done about this murder cases of woman and children. It’s getting out of hand. Each day we heard more than one case of a man shot and killed their girlfriend or wife. It’s heartbreaking what the country is going through.

As long as our country doesn’t want to bring back death penalty, then we would always singing condolences each and everyday to the victims of GBV whilst the murders being taken to jails to enjoy free basic needs. We must forget about ending the GBV as the society, our government is failing the women of this country. We recently heard about the murder case of young and beautiful 28-year-old of Dimpho Skelenge who were murdered by her abusive boyfriend. Dimpho had moved 9n on a new location because her ex-boyfriend were allegedly abusive towards her. She moved in new place from Ashton to Caledon to start a new job where her boyfriend even followed her.

Dimpho Skelenge’s ex-boyfriend followed her seeking to ask forgiveness from her. Dimpho refused to accept her ex-boyfriend’s apology little did she knew that he was going to killed her by stabbing her to death. It was reported that her has been arrested. The neighbors said that they heard some noise in her flat in the morning but afterwards there was no reactions heard. 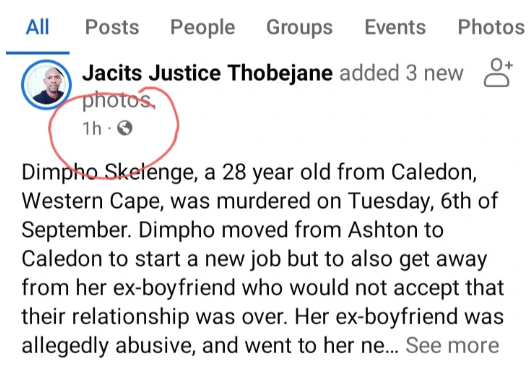 Women should not wait for a person to change, immediately when a person shows the aggressiveness whether your love relationship has six months or two months or or even 3 years, get out while there’s still time. If you think someone abusive could change, you might be in for surprises and you might end up dead.

Me send our rest in peace messages to her family as they will need our condolences during this hard time. May her soul continues to rest in peace.