She is a foreigner insulting our president: Mzansi reacts

She is a foreigner insulting our president: Mzansi reacts 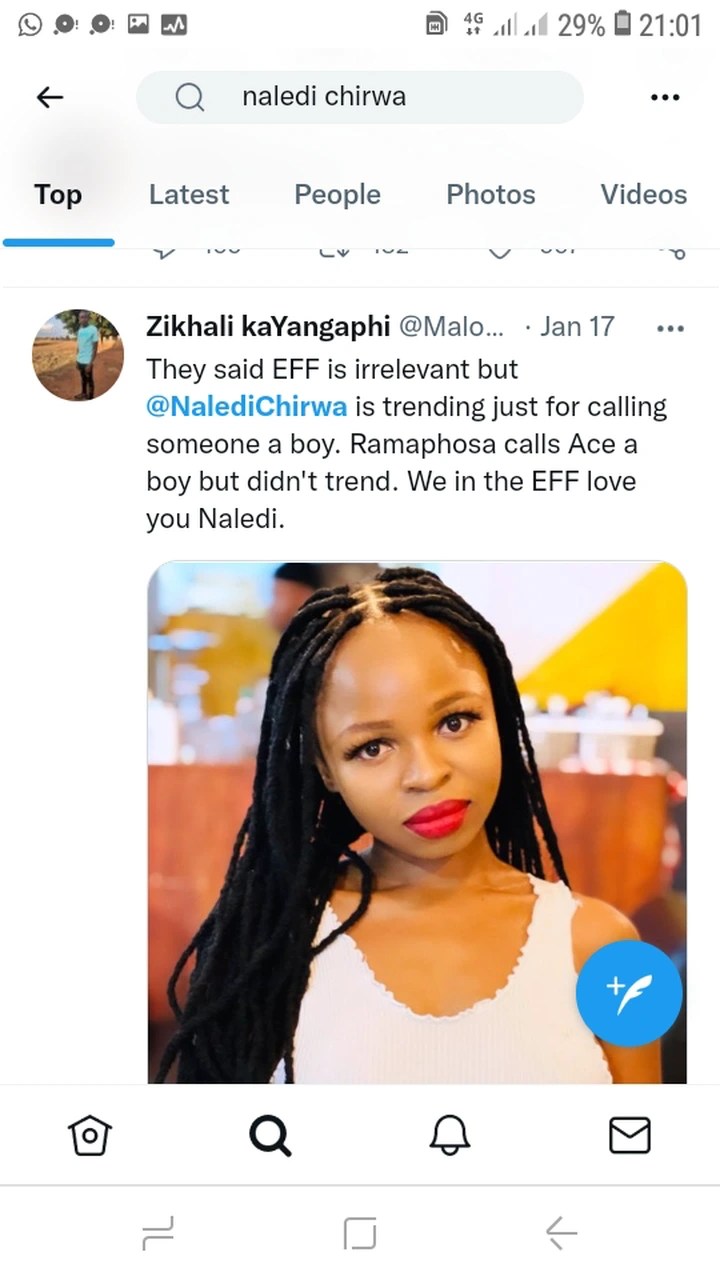 Naledi Chirwa who is a member of EFF recently trended on Twitter for insulting the president. It is said that Naledi described the president as a weak little boy, which caused a stir on social media and got people angry, some ended up questioning her nationality, and said that she is a Malawian, yet she is insulting our very own president.

At some point, this is not fair because when Ramaphosa was insulted last year by a white man, no one said anything about it? But this time Naledi is being told to respect her elders. I personally think she was trying to raise her point of view.

Is this because she is still young?do you think she is indeed a foreigner? Or people are trying to change the topic? Please let me know in the comments section below, and don’t forget to follow me, and share this article with your friends. 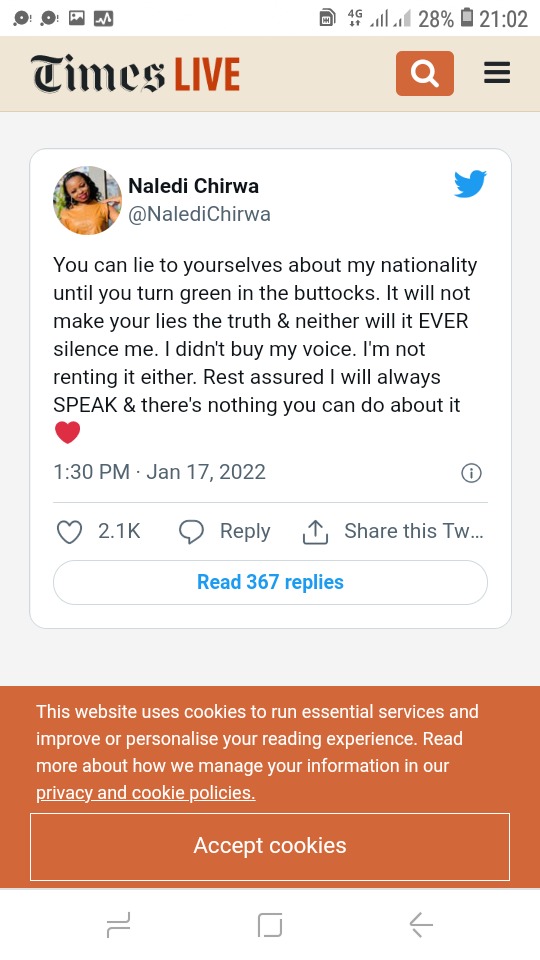 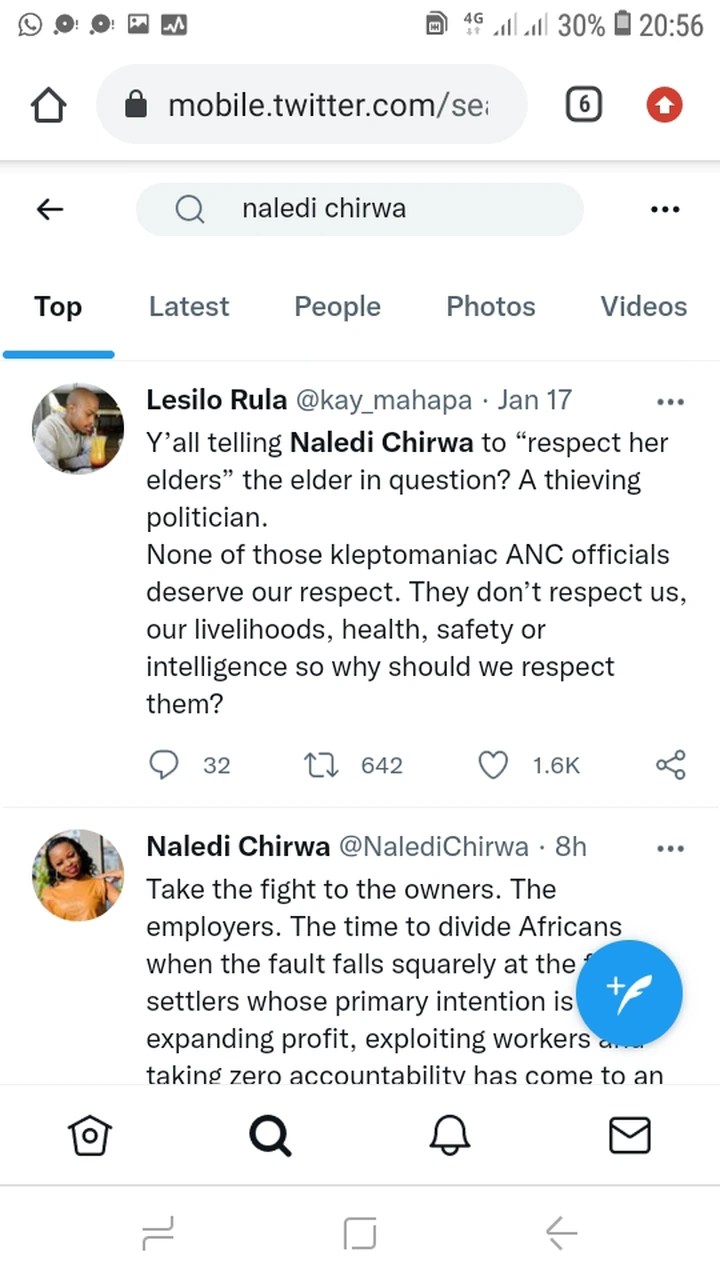 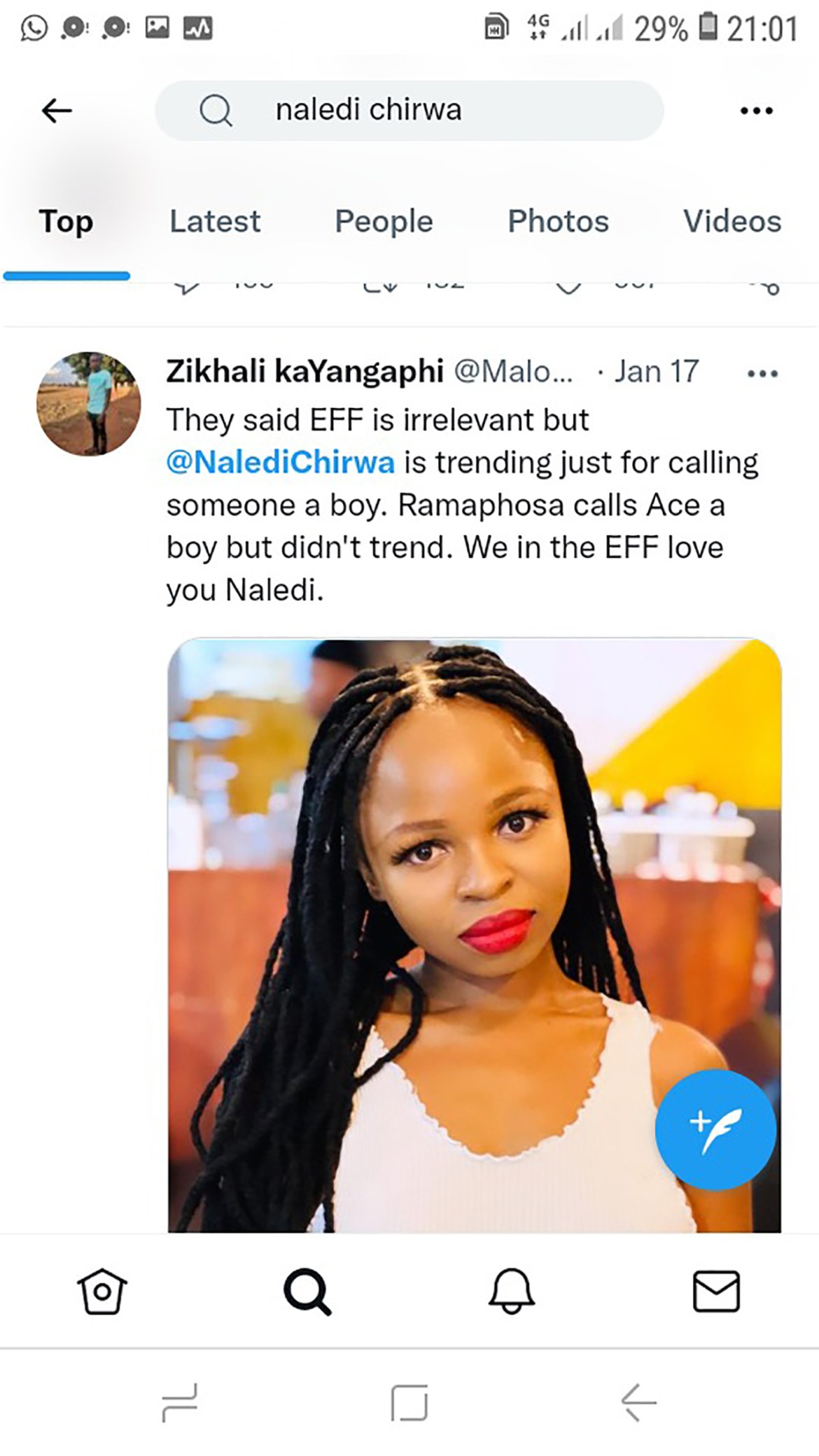 Thank you for your continued support, it will always be appreciated.

Content created and supplied by: Nonhlanhla884 (via Opera News )