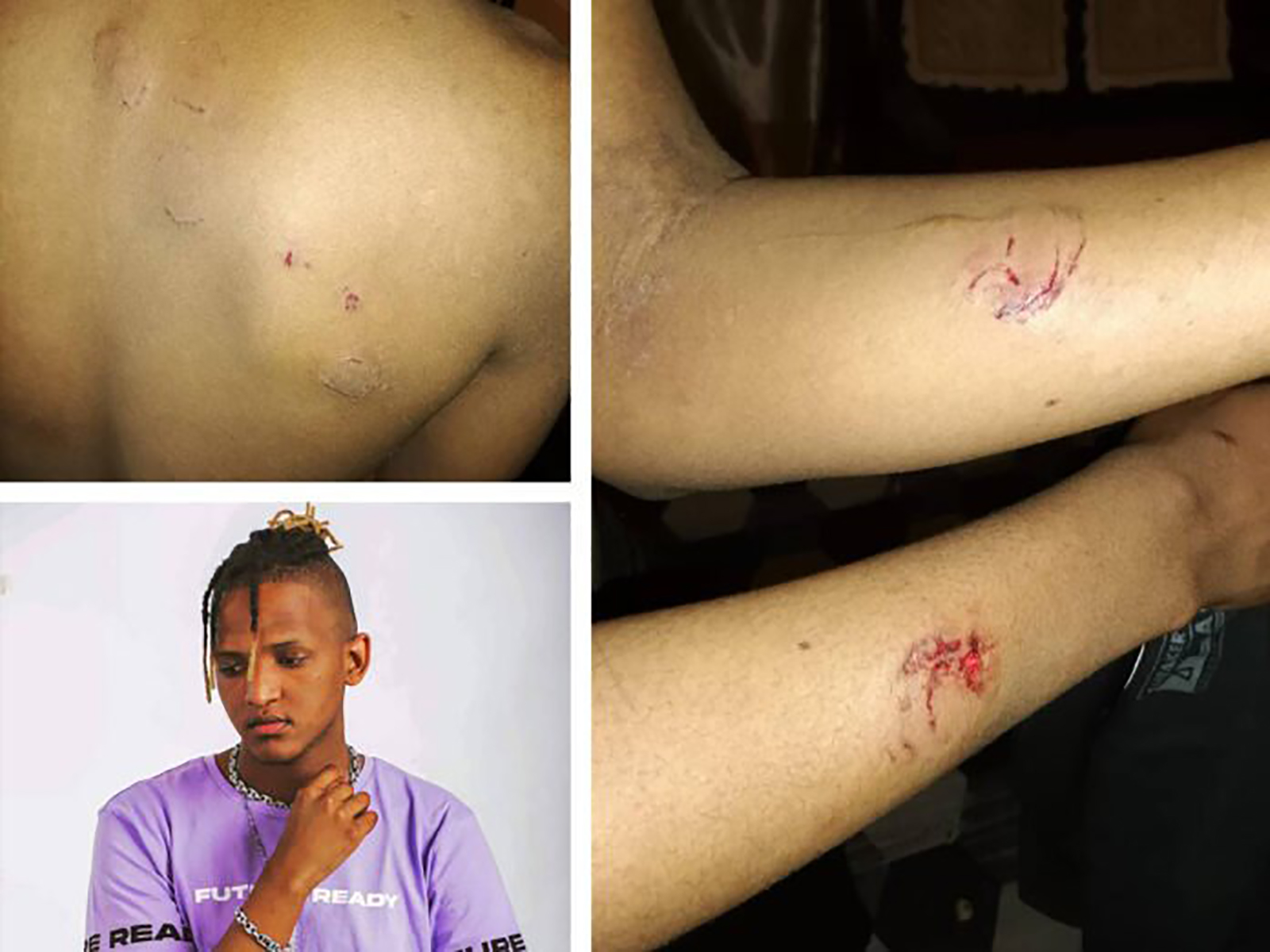 Rapper Brian Mapaka arrived at the Enyobeni tavern on Saturday night hoping for a great performance and a good turnout.

When he left he couldn’t walk and had to be carried home by his friends. Exhausted and injured, he was covered in bite marks from teenagers fighting to survive.

Police Minister Bheki Cele has revealed that 21 young people between the ages of 13 and 17 died in the East London tavern – but their cause of death remains a mystery.

Mapaka, 23, barely escaped with his life. His testimony could help solve a mystery that has not only perplexed South Africa, but the world.

The young musician who spoke to us about his ordeal said it was just after 1am when he finished his set and realised the place was more packed than he had anticipated.

Together with his friend and producer, they decided to go straight home as they couldn’t stand the crowd.

“As we were approaching the exit we saw people coming from upstairs pushing and running towards the door. It was a little bit confusing because the plan was to do a meet and greet with the fans but right there I knew it was time to leave,” he said.

The tavern was celebrating a combined birthday for their two resident DJs on Saturday, an event that attracted young people from different townships in East London.

Suddenly, panic struck the crowd. According to Brian, the bouncers sprayed the panicking teenagers with an unknown liquid.

“I felt the moist on my hands and smelled it and I knew right there that it was pepper spray,” Brian added.

He told us that they were stuck at the exit and they could hardly breathe. There were no windows on the passage leading towards the door.

As the young people were pushing each other to try and leave the venue and try to catch a breath, some started biting those in front of them as they struggled to breathe. Some peed on themselves in pain.

Those at the back, he said, were pushing him and the others forward while those in front were pushing them backwards as they wanted to force their way into the venue.

“We were basically being pushed back and forth and I was slowly losing my breath. I was also being bitten by those behind me as they fought for their lives and those in front bit my hands as they were pushing back and forth. My whole lower body was numb because we were pressed on each other. I couldn’t move because my legs were not on the floor,” he said.

Brian said his height also saved him. From time to time he kept raising his head to try and catch some air.

“We were at the door for a few minutes but it felt like hours. I managed to reach out to a security guard who pulled me out,” he added.

With the help of the guard and his friends Brian was carried home.

Traumatised and struggling to sleep after the ordeal, Brian, who went to sleep at his friend’s house, said he was shocked when his friend’s mother came banging on the door to ask if they were back. She told them that people had died in the tavern.