SCHOOLS REOPENING! Parents will not have to be forced to buy uniforms from selected retailers in SA

SCHOOLS REOPENING! Parents will not have to be forced to buy uniforms from selected retailers in SA The decision was taken after many years of investigations into the complaints that were made by parents in which they were forced to buy from selected retailers. Competition Commission revealed that it was excited by the decision that was taken by the Competition Tribunal. It was made known that the parents would be able to make their choices in regard to where to buy uniforms. This decision will bring more competition among retailers and hence fair prices for the parents. The parents will now be able to buy from cheaper and affordable retailers, hence able to make some savings. There was an issue with some unique items that are used by schools.

The schools were reportedly asked to reduce the number of unique items. The Competition Commission revealed that they asked schools to meet the parents halfway in regard to unique items. Another issue that was addressed was for the schools not to have only one supplier. 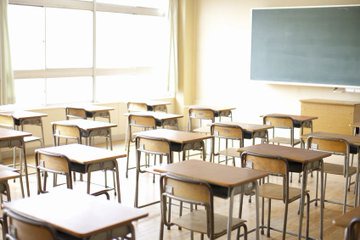 The biggest suppliers in accordance with the latest arrangement are that must not have all the material. If for example, a school has two suppliers, both of them should have access to the same material.

Even though the schools have accepted the agreement, it was revealed by Competition Commission that the schools were not happy as they did benefit from the arrangements that they had with their suppliers. As schools will be reopening this time around, parents will be able to save this time around.

Watch the whole interview below

Content created and supplied by: NewzLord (via Opera News )

SCHOOLS REOPENING! Parents will not have to be forced to buy uniforms from selected retailers in SA
You might also like More from author
MZANSI CELEBS