Sadness! See What This Girl Said Moments Before She Poisoned Herself That Left People Broken, RIP

Sadness! See What This Girl Said Moments Before She Poisoned Herself That Left People Broken, RIP 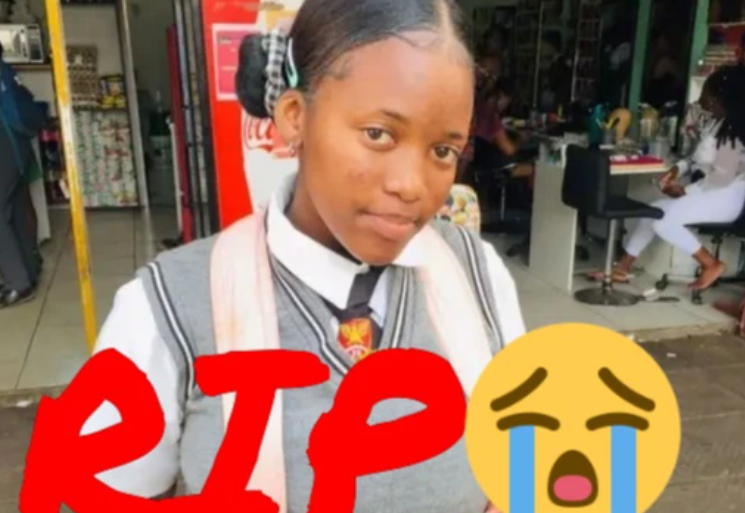 Another family is still left in shock as they come into terms with the painful death of their daughter. There is absolutely no one in life who can wish to lose their child. Parents have wishes of seeing their children growing up and being successful. It’s painful to see parents burying their children at a young age. Another young girl ended her life and sent a message to her family moments before she passed away. It is reported that the girl known Gomolemo Olifant poisoned herself but the reason for that has not yet been revealed.

Moments before she ended her life she sent an audio message to her auntie requesting her to be the MC at her funeral. On the audio she said that she could feel that her death is coming. She also requested her three friends to be at the family car when they go to lay her to rest. It’s sad that she ended her life so painfully and left her parents in pain. They were expecting a lot from her but she decided to end her life at such a young age. This will not be easy for her parents and most importantly they will forever be reminded by her painful death. Her audio has left many people heartbroken and this is not something that will be easy for her parents. It will definitely take a long time for them to get to the idea of not seeing her or hearing her voice ever again. It is believed that she was depressed and decided to end her life.

Well it’s possible because so many young children are going through depression and never find the courage to speak out. Many young people have ended their lives because they were depressed. Let it be known that there is nothing wrong with speaking out but there is definitely something wrong with acting to be strong. What is your take on this matter?, Share your views on the comment section and follow for more news.