SAD NEWS! Muvhango Actress Susan Gets Fired From Work After This Happened

SAD NEWS! Muvhango Actress Susan Gets Fired From Work After This Happened Today we get to engage more about the upcoming storyline of Muvhango. Muvhango is a South African television soap opera currently aired on SABC 2 from Monday to Friday at 21h00. It has been on the air for the past twenty years and was recorded as one of the top` loved television soap operas however we can no longer say the same as it continues to lose viewers daily because of the content that they are creat. It has been said that ratings are decreasing daily because of the content that they are serving for viewers.

The current storyline of Susan acted by Maumela Mahuwa, Azwindini acted by Gabriel Temudzani, Vhutshilo acted by Wavhudi Lidzhegu and Gugu acted Bukamina Fanele seem to have ripped the hearts of viewers into pieces. Viewers are definitely not pleased with this. Remember months ago Vhutshilo was in love with Gugu and their relationship was even made public.

Gugu is old enough to be her mother but she did not see anything wrong with dating him. Things took an unexpected turn when she dated Azwindini. From dating the son to the father. That is very shameful. Viewers were definitely not pleased with this. It was a bomb when Azwindini revealed that he wants to marry Gugu. Viewers were definitely not pleased with this storyline as they were used to the calm and humble Gugu.

Now she is portraying the character of a heartless woman. The fact that she destroyed the marriage of Azwindini is not seating well with viewers. This turned Suzan into something that viewers were not ready for. She ended up using traditional herbs “Muthi” to strengthen her marriage which is absolutely wrong but she did that because she wanted her marriage to stay strong. 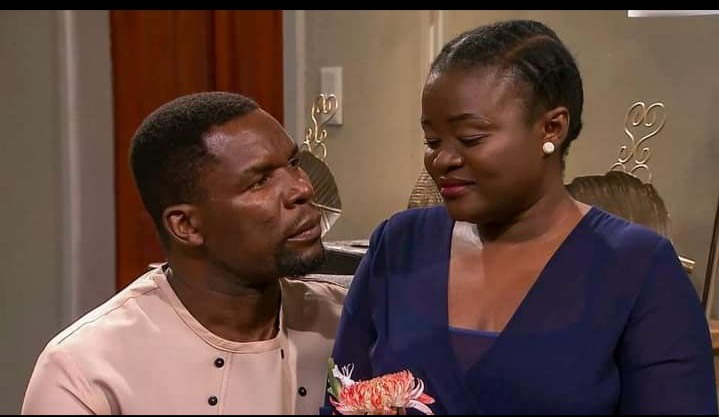 Things are going to take an unexpected turn this month as she will get exposed to her doings in the royal house. This will make everyone in the royal house hate her including her son. As if being hated by the ones you love the most is not enough, she is going to get fired at work after being exposed. This will definitely break the hearts of viewers as they were not ready for this. Do you think she deserves this? Share your views on the comment section and follow for more news.