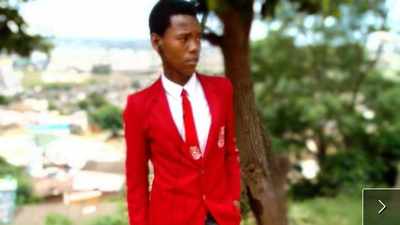 A student allegedly stabbed and killed another with a machete in KwaBester, Inanda, on Tuesday morning.

Simphiwe Sikhakhane (17), a Grade 11 pupil at JG Zuma High, came out of the school gate to pick up the books and found Sabelo Khoza (16) standing outside.

Sabelo’s family said they were studying Grade 9 at Kusasalentsha Secondary, Inanda, and were enjoying free WiFi.

An argument broke out between the two acquaintances, Simphiwe demanding his money from Sabelo.

It is alleged that the situation became so tense that Simphiwe pulled a knife out of his bag and pulled Sabelo by the throat, before stabbing him in the heart.

Sabelo was taken to a clinic in Newtown C, Inanda, where he died.

At the time, it was reported that Sabelo’s community had killed Simphiwe, who was fleeing in a uniform.

Simphiwe Sikhakhane (17) was allegedly stabbed with a machete, stabbed with bottles and knives, and his mother was found covered.

Sabelo Khoza (15) Anele Khoza, Sabelo’s sister, said her brother was bribed with R10 when he heard that Simphiwe wanted him.

He said Sabelo left home at 8 am and said he was going to connect his cellphone to the internet but later, someone came to report that he had collapsed on the floor and was stabbed.

Ms. Lethiwe Sikhakhane, Simphiwe’s mother, burst into tears as she sat by candlelight as described her baby being killed like a dog. He said there was nobody tissue that had no hole.

“It was as if the community was beating up a gangster who had been harassing us in the area. My son was not a nuisance, he loved education and went to church in Nazareth. We suspect he was robbed of his money and belongings by the boys living near JG Zuma. You may be overwhelmed with anger and stabbed because you are constantly being harassed and robbed, ”said Ms. Sikhakhane.

KwaZulu-Natal education department spokesman Kwazi Mthethwa condemned the violence and said it was “terrible” and “unfortunate”.

He expressed his condolences to the bereaved families and said the investigation into the incidents was being handled by law enforcement agencies.

Lt Col Gwala said two students were stabbed outside the school gates but the motive for the killing was unknown.

Content created and supplied by: Life_News (via Opera News )