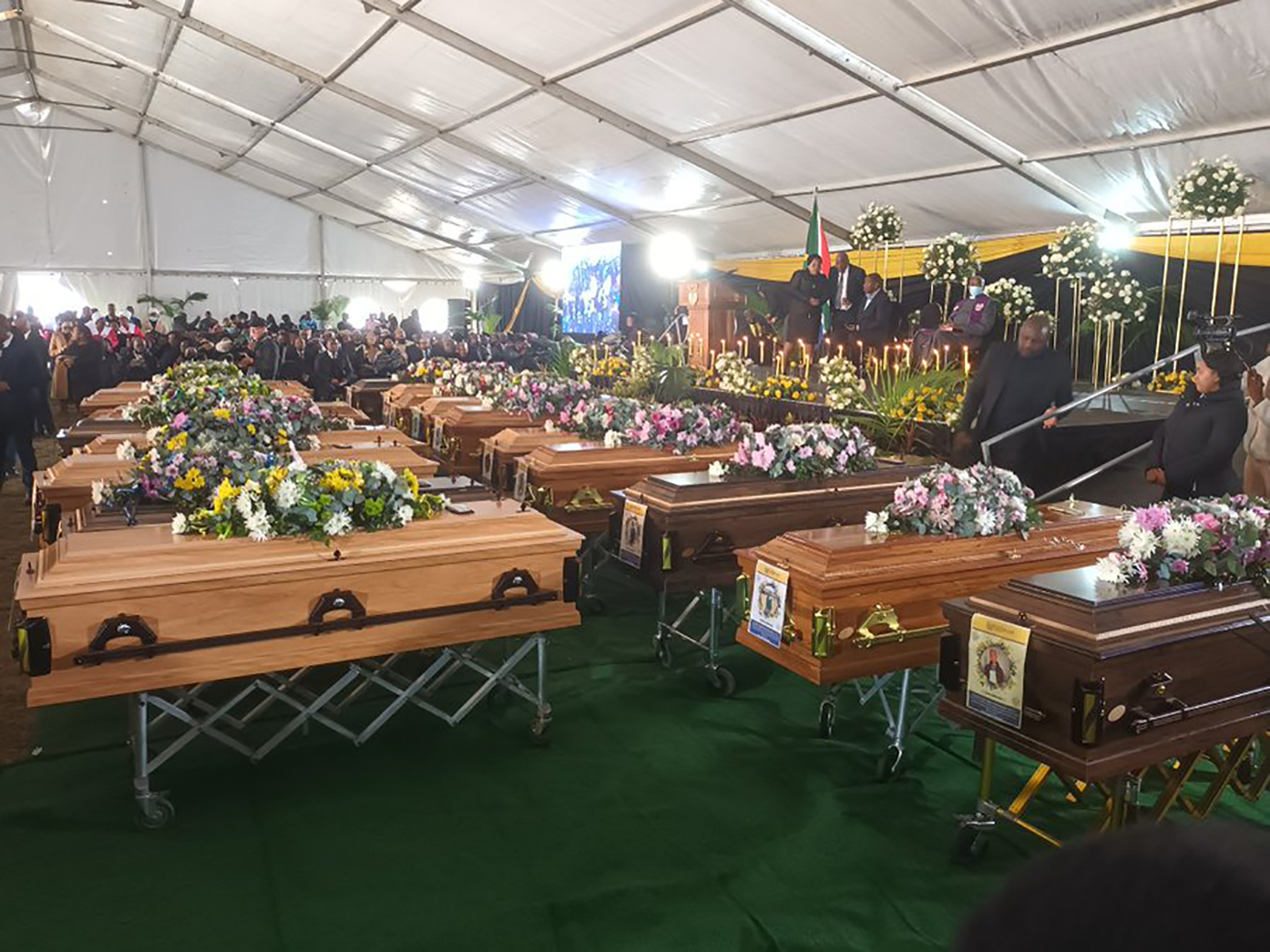 Many of the parents and friends are still trying to come to terms with the fact that they have lost someone close to them, and they have lost them in a horrific manner. Community members have called for the tavern owner to be arrested, especially because the law was broken when he allowed teenagers, underage or not, to enter a place where they were consuming free alcohol and other substances. Some parents are still broken by the faith that they did not even allow their young children to go out. Some of them left without saying where they were going, and sadly, they did not return home safely.

This situation left people heartbroken and they were still talking about it till Thursday, and investigations are still ongoing about what could have led to the teenagers dying. Many of those who were present at the tavern say that the deaths were caused by an unknown gas that was sprayed in the a.m. when people wanted to leave, or to force their way in. Experts found carbon monoxide on some of the bodies of the victims, which could have been caused by the petrol generator that was used inside the Tarven. Sadly,

today is the official day when parents will come to terms with the fact that they have really lost their children. The mass funeral is taking place. The 21 victims have been placed in coffins. In front of the main stage inside the gigantic marquee pitched at the scenery park sports field in East London. 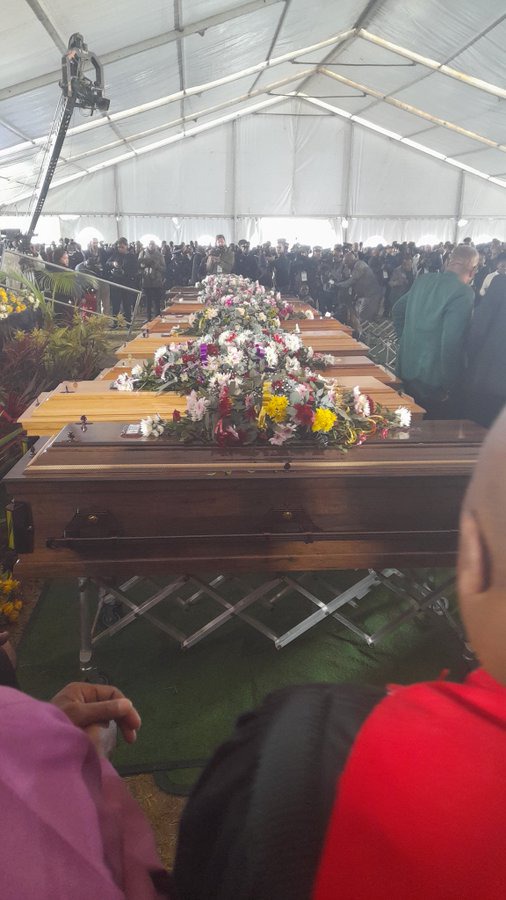 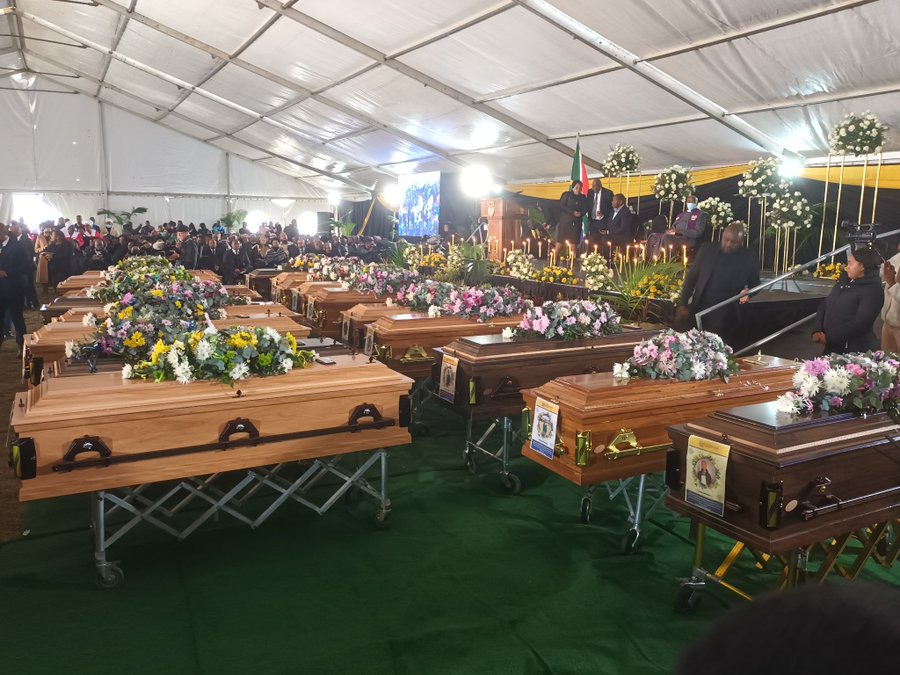 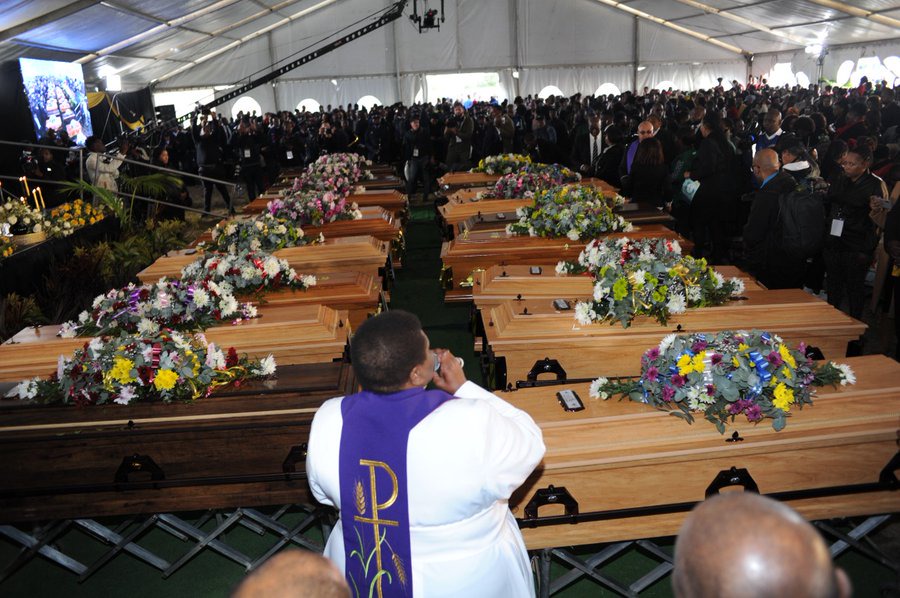 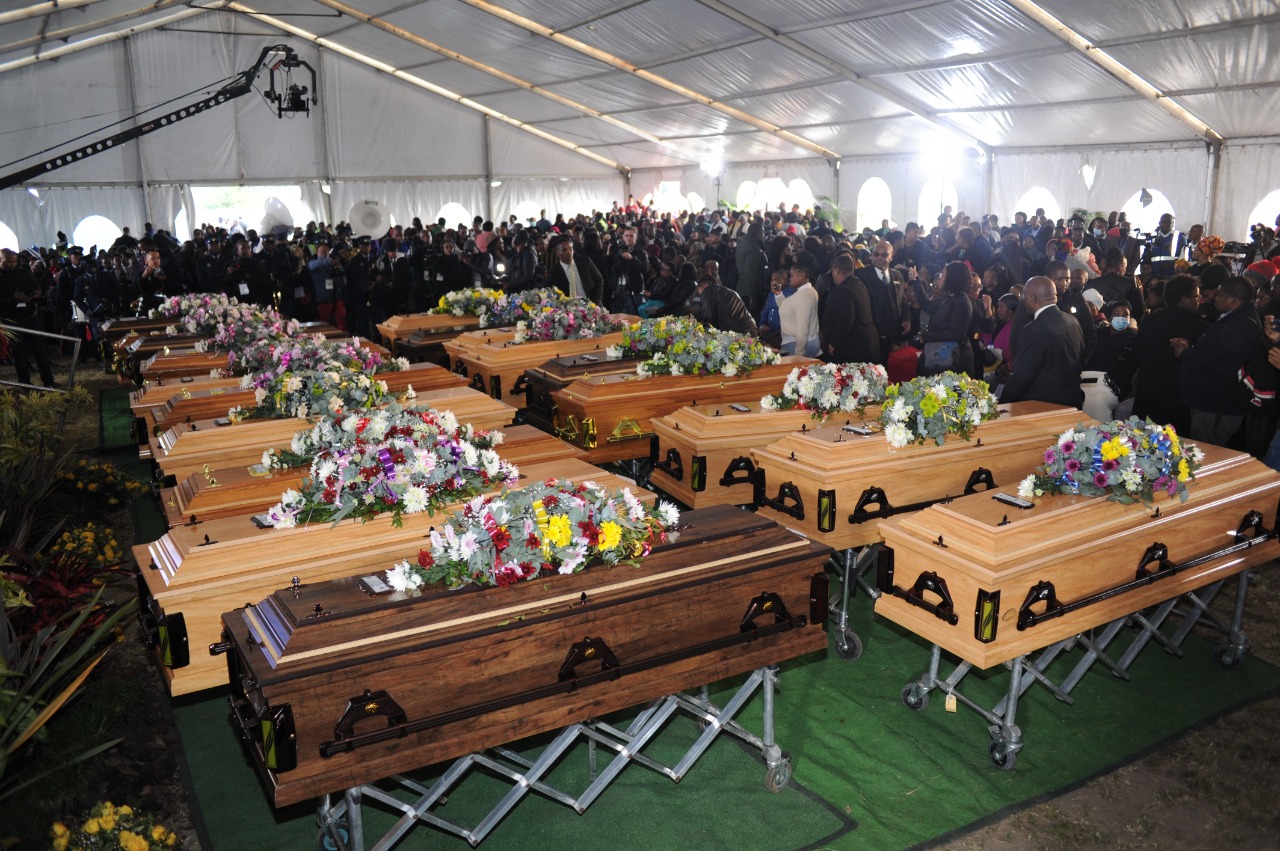 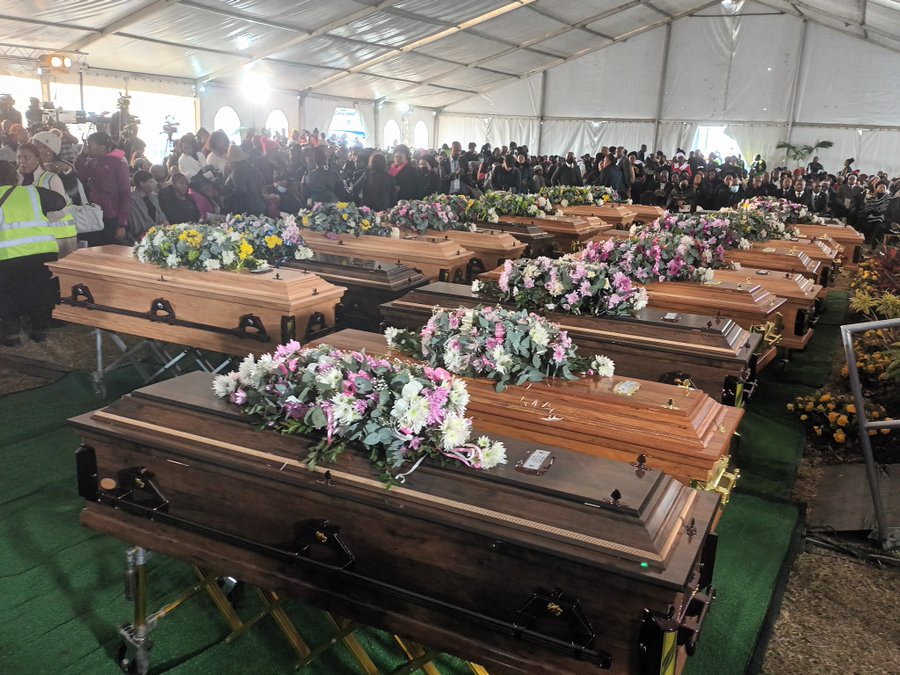 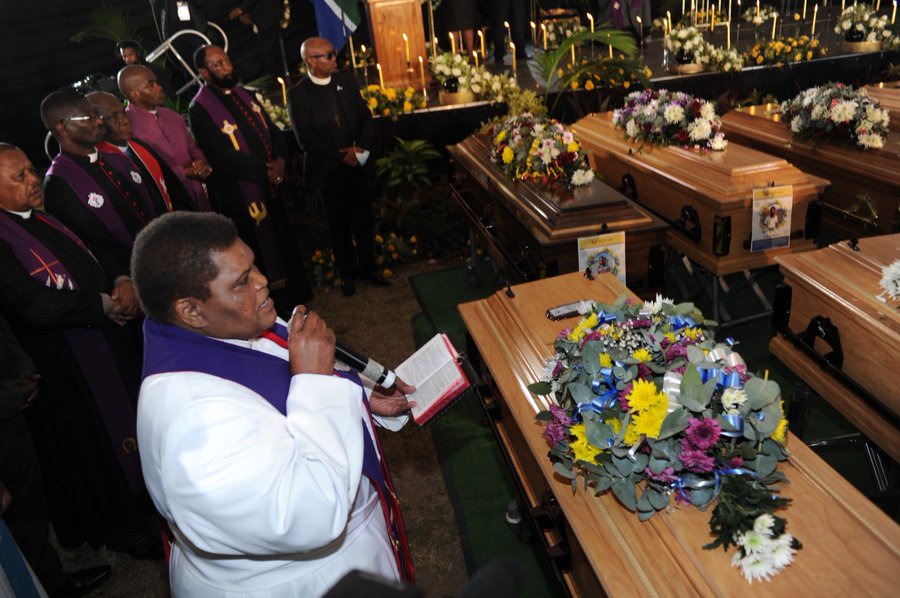 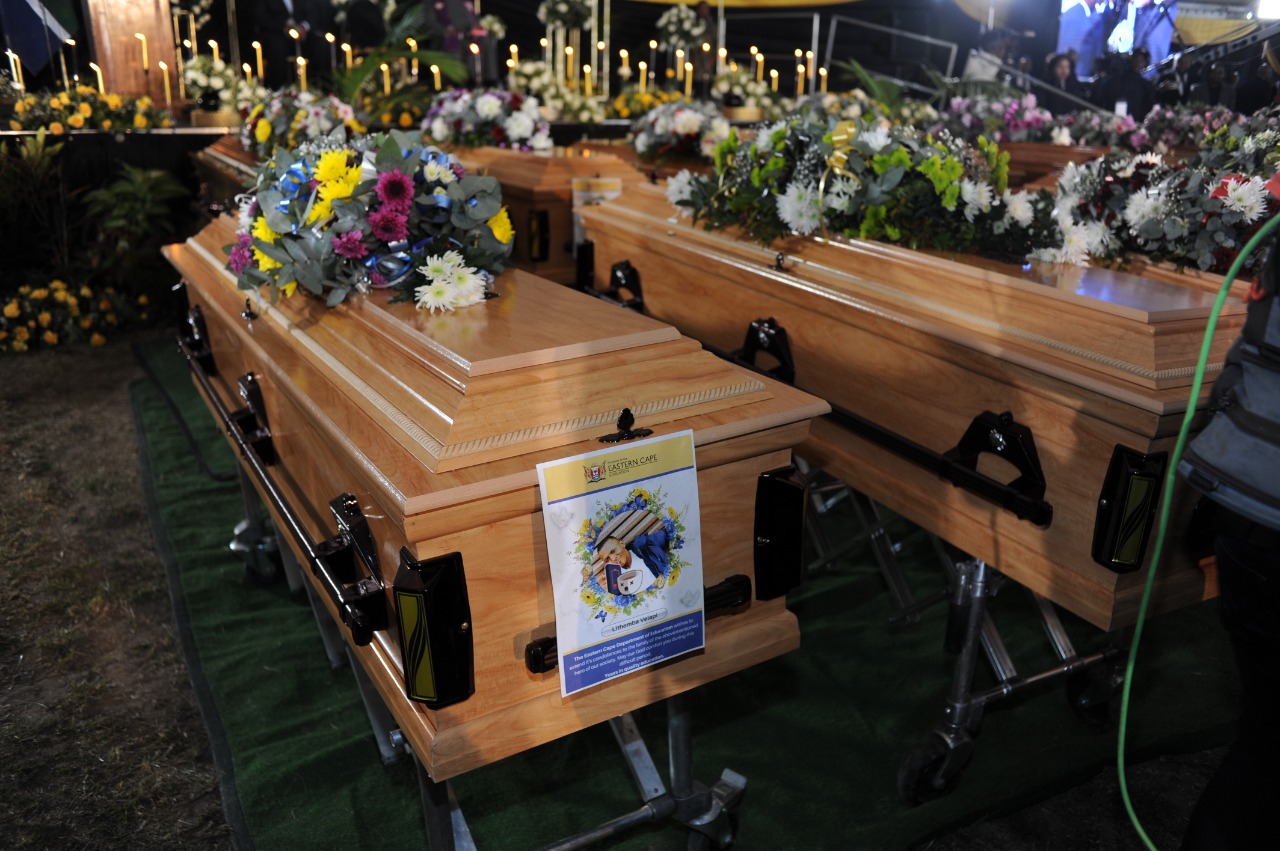 PHOTOS: All the 21 coffins of the eNyobeni Tavern victims have now been placed in front of the main stage inside the gigantic marquee pitched at Scenery Park Sports Field in East London. @IOL pic.twitter.com/64JSglwbDV