Rob Hersov||Zuma Didn’t Steal As Much As People Think, The Real Mafia Is The Current President

Rob Hersov||Zuma Didn’t Steal As Much As People Think, The Real Mafia Is The Current President 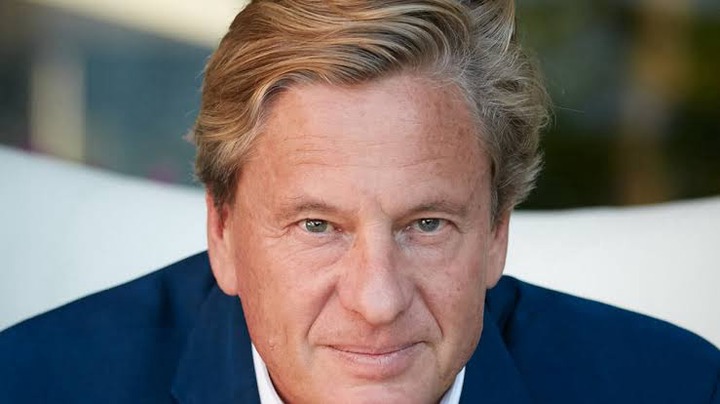 We that currently The former president Jacob Zuma has been painted as someone who stole the government money together with the Gupta brothers. We saw how he did not even end his second term of the presidency because people were calling for his removal. It was something like never seen before. Opposition parties and all other civil society organizations marched to have Zuma Removed. We saw the likes of DA, EFF, and all other parties that we know that don’t see eye to eye all holding hands all in the name of Zuma

But now a businessman who is now interested in the politics of this county is saying that Zuma did not steal as much money as the media has portrayed him to have done. Zuma only enabled people to steal money from the country while he did not steal it. People should stop saying that Zuma stole the money. We have the real culprit who is Ramaphosa. He says that Ramaphosa is the mafia of all time. 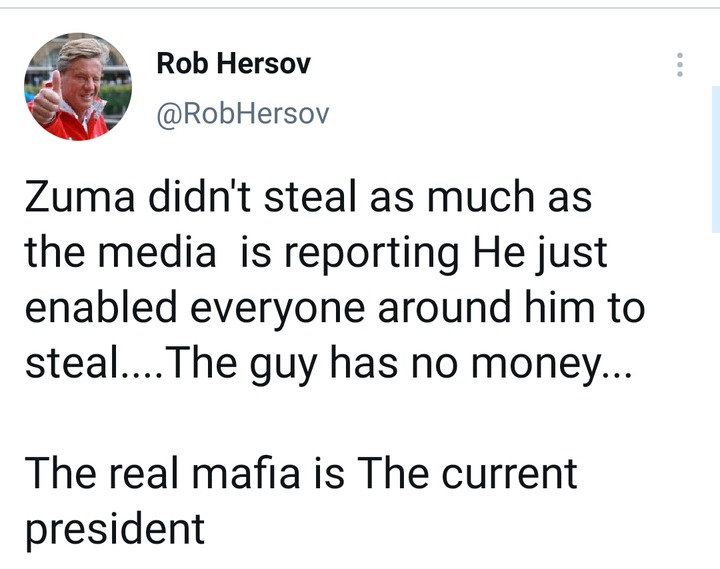 We know that recently Rob Hersov has been on the case of Ramaphosa. The man is not stopping. He started during the time of the Covid19 pandemic when President Ramaphosa did not want to end the lockdown and remove the state of disaster.

But some people were saying that he is one of the people who have been saying that Zuma stole the money, but because they can’t find that money, he is now taking a different tune. He shod just leave Zuma alone and deal with that mafia he is talking about.

Zuma didn't steal as much as the media is reporting He just enabled everyone around him to steal….The guy has no money…

The real mafia is The current president

Content created and supplied by: ApexA (via Opera News )