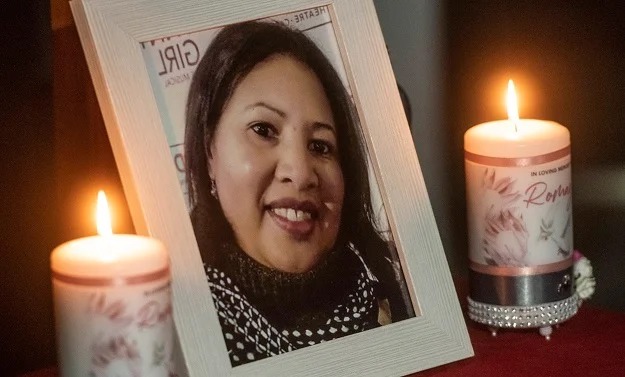 RIP: She Was Killed By Her Nephew Who Was A Pallbearer At Her Funeral Just Days Ago. SEE What Happen

Mzansi has been sending their love and condolences to the family of Magistrate Romay van Rooyen. This comes after she was reported dead. Mzansi is still left in shock with her death after it was revealed that she was killed by her nephew.

It’s sad and painful that her nephew was also in her funeral, he helped the family, friends, and colleagues to mourn Magistrate Romay van Rooyen. He even shared his tears while he is the one who took the life of her aunt. Apparently he was arrested by the Hawks after two days of search.

It’s a common knowledge that the most dangerous people who have access in your life is family more than anyone else. Mzansi’s have never read an article about such accidents. The death of Magistrate Romay van Rooyen his got everyone shock, people will no longer trust their own families. 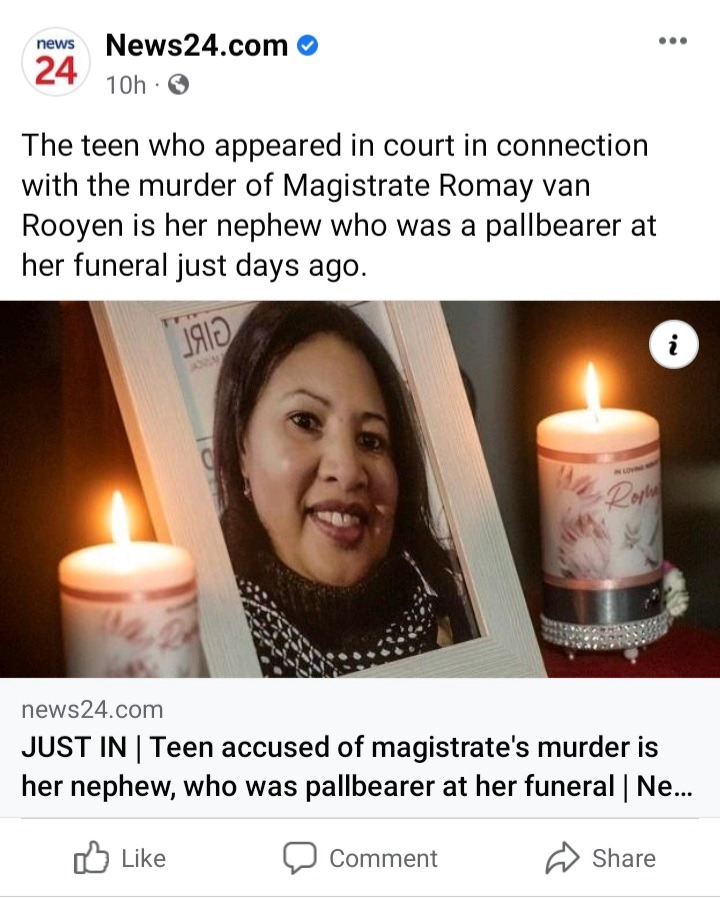 Apparently they said nothing was touched in the house except the car which was missing. Her car was found the next day after noticing that it has been missing in the house.

This is incredibly sad to think your own family could do something so bad to someone that was always there for them. According to the source she loved supporting and giving to her family. And probably the one time she said no he decided to kill her. Imagine killing the person who supported you, this is beyond sad.