RIP || It Was Like A Movie Scene. Another Mass Shooting Leaves 5 Dead, 2 In Critical Conditions

RIP || It Was Like A Movie Scene. Another Mass Shooting Leaves 5 Dead, 2 In Critical Conditions

Africans are killing each other like flies and there is no mediator among them. It seems the people in the ANC leadership don’t care whether people of the same skin kill each other, as long their pockets are fattened on a monthly basis they are fine…

Another mass shooting took place at the Thembelihle informal settlement at Lenasia, south of Johannesburg. According to sources, gunmen arrived at Lenasia and started firing shots at random people in the street. Four people died and two of them are in critical conditions in hospital. The 6 six people who were shot at where sitting around the fire and then a group of armed men came out of nowhere and started shooting.

Just few weeks ago, a video of Lesotho terrorists carrying heavy weapons was making rounds on social media and people started dying in large numbers after that.

It is not only Lesotho nationals who are in possession of heavy weapons. Even people from other African countries do ostentate the weapons they are in possession of. What if these people are the ones who are killing poor South Africans? I mean who shoots at random people for nothing? There’s a point that unknown suspects who keep killing South Africans are trying to prove. South Africans, we need to wake up now and realize that there’s a serious attack against us.

As South Africans we cannot wait on the police officers to do something to apprehend all the suspects. We also need to help eradicate all the heinous crimes in our communities. This calls for an urgent intervention from all of us. If we want to save South Africa, we have to start patrolling every night. During this operation everyone should know that they have to stay in their homes after 21h00 or else they will be beaten up. Whoever is found carrying any weapon should be dealt with accordingly. ‘United we stand’.

South Africans need to install bigger palisades and gates in every street. These gates should be locked after a certain time every night. This will prevent the suspects from escaping after killing innocent people. The security at our homes should be tightened also. Lastly, don’t leave windows open especially in the night. Perpetrators can gain access to your home by jumping them. 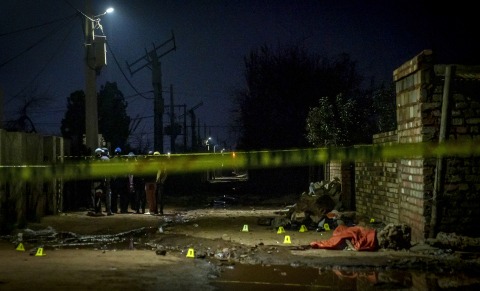 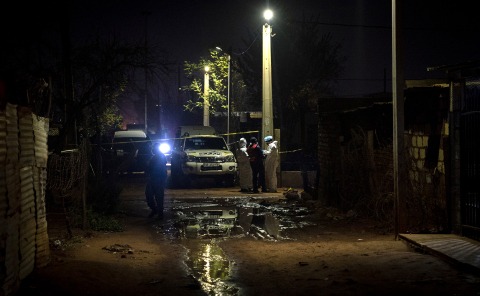 BREAKING NEWS: Five people have been killed and two seriously injured in ANOTHER mass shooting – this time at the Thembelihle informal settlement at Lenasia south of Johannesburg. Gunmen fired randomly at people on the street. More coming. pic.twitter.com/sLGxoWkjvR