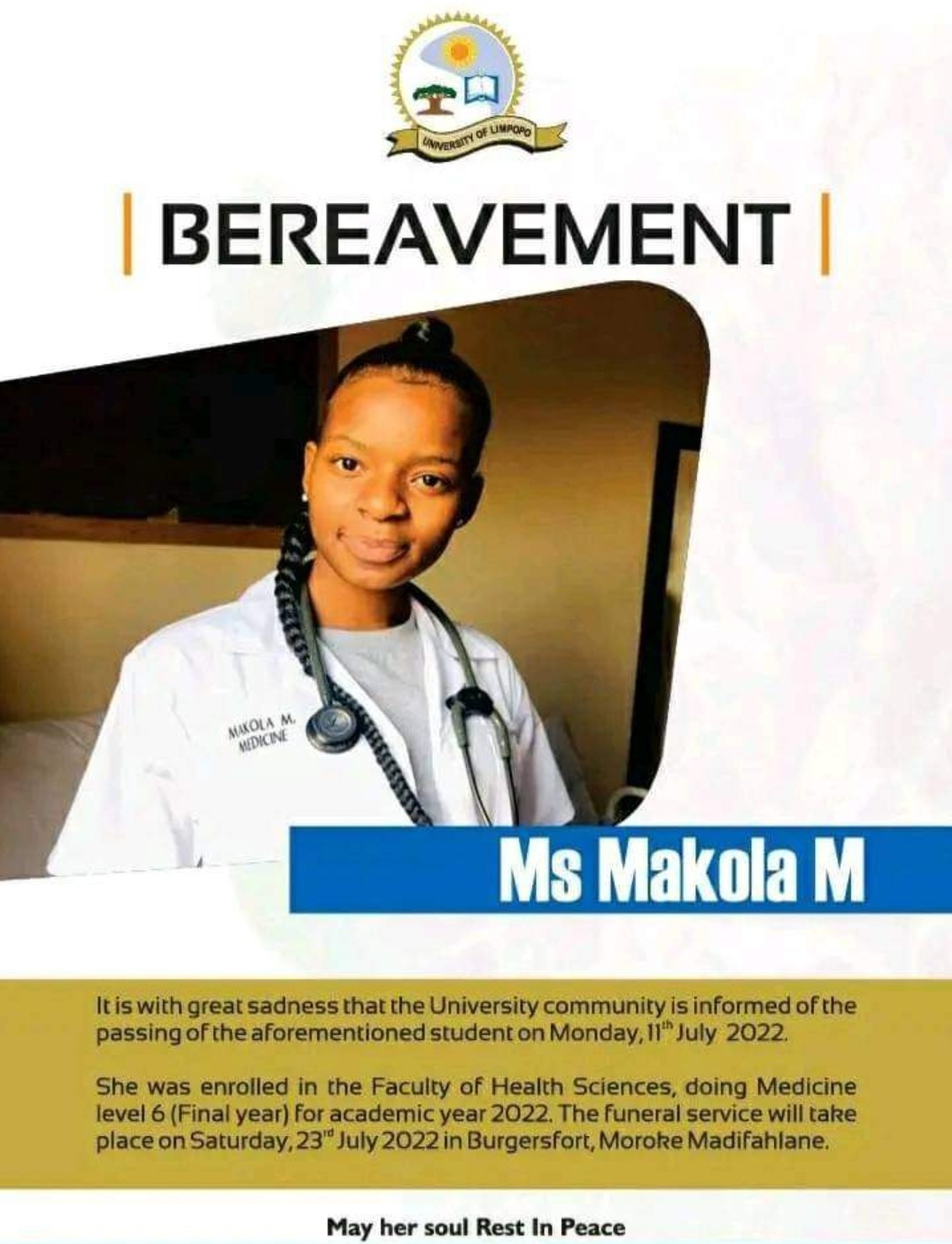 Members of the public are completely devastated in the wake of the deaths of so many women at the hands of their boyfriends, this is just another latest incident that has happened coming from the Limpopo province and this week alone we have actually seen about three murders including this one take place at the hands of partners.

So it is something that is completely concerning to the general public especially the mental health of these men who think that it is their right to kill these women who have such potential to effect a lot of change in our Society, it is incredibly devastating on so many levels that our generation is caught up in a situation where things are not moving forward in a positive manner.

The university student was doing her final year and on the brick of fulfilling her goals it is unfortunate that she was murdered this way in the hands of her partner, she was studying at the University of Limpopo and the whole incident has basically been a roller coaster of emotions for her family who loved her very much and relished that she was becoming a success in life.

It is unfortunate that this is something that couldn’t have been prevented because it is so tragic when someone who has such potential dies for no apparent reason, the circumstances which led to this tragic incident have not been revealed to the general public.