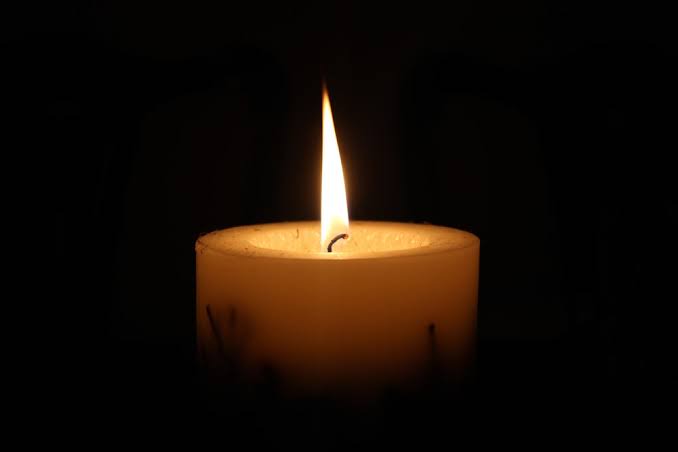 DStv Premiership champions Mamelodi Sundowns have been rocked this morning, this is following news that one of the club’s die-hard supporters has unfortunately passed away.

It was confirmed earlier this morning that one of the club’s most prominent supporters, Luther Chabalala has sadly died.

The news was shared by Farrington Malepe on Twitter, he nonetheless did not reveal details pertaining to the cause of his death nor the how his funeral proceedings will take place.

Malepe simply expressed his profound and most sincere condolences to the fallen supporter who hailed from the most vibrant Tshiawelo Protea branch.

“We lost Luther Chabalala from Tshiawelo Protea Branch @Masandawana💔. Rest in Peace Mshengu🙏,” he posted on his Twitter account.

Sundowns as a club have not yet said anything with regards to this tragedy, but one hopes they will do so with time like they always do.

Chabalala’s death comes few months after the death of another prominent Downs supporter John Black Madumo, commonly referred to as the ‘Master Drum’ due to his extraordinary drum skills, who died of unknown causes in March.

Despite the fact that fans do not actively engage in the team, everyone, including the players, greatly values their support as the 12th man.

Sundowns has demonstrated over the last few years that they value their supporters more than any other club in the country. They have seen their fanbase grow quite exceedingly as a consequence.

Chabalala was said to be one of Sundowns’ most well-known and prominent fans during the team’s most prosperous era, when they essentially swept the board in terms of trophies, leaving Soweto giants Orlando Pirates and Kaizer Chiefs in their wake.

The OnlineNewzBible Team offers Madumo’s family and the larger Sundowns family its deepest condolences. May his soul Repose Peacefully. He will be sorely missed without a shadow of doubt.

Please leave your condolences in the comment box below, and please spread the word to your friends and family. 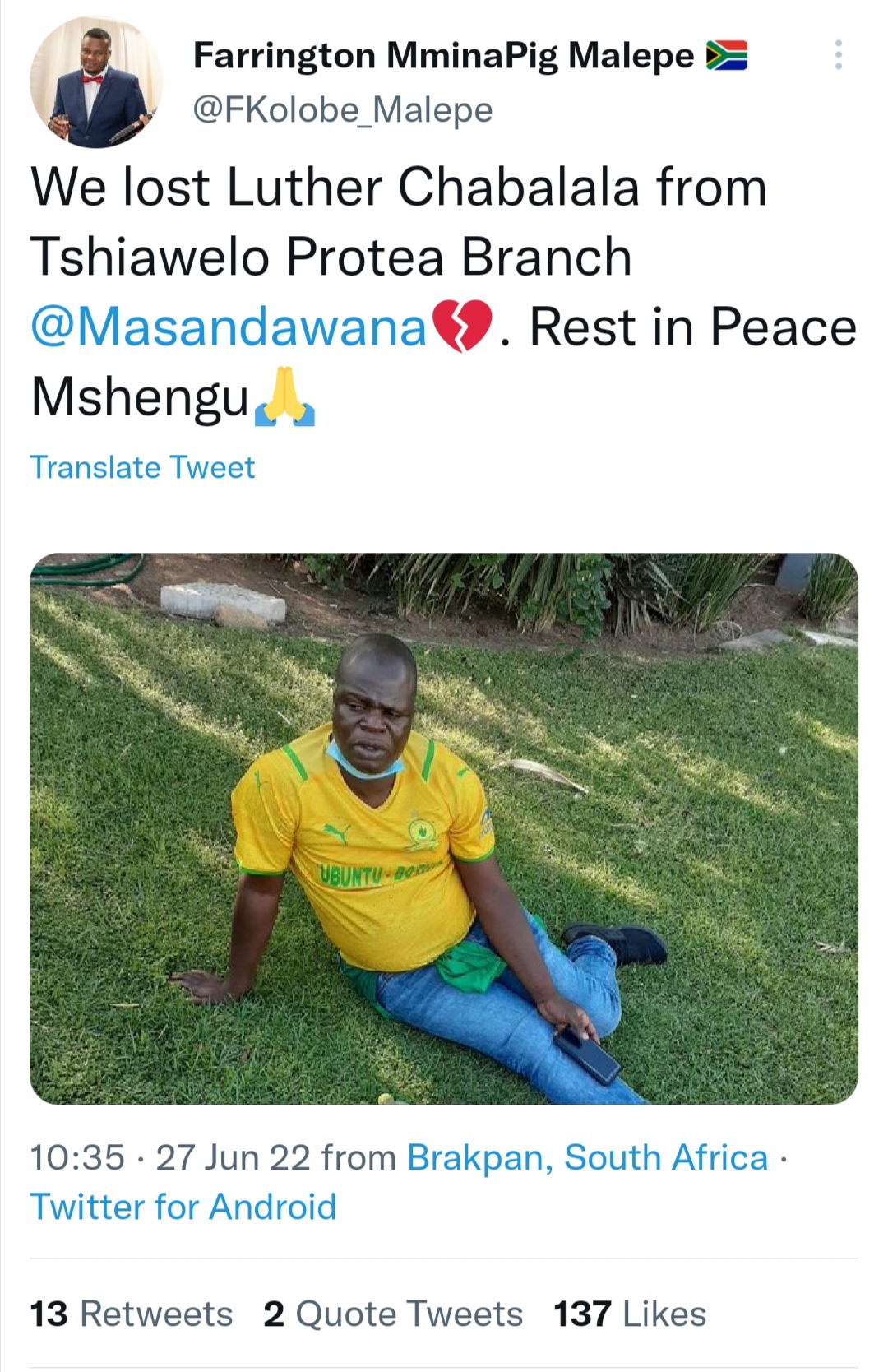 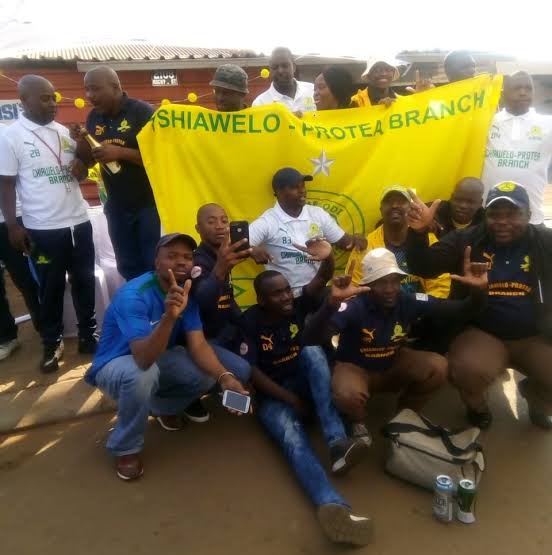 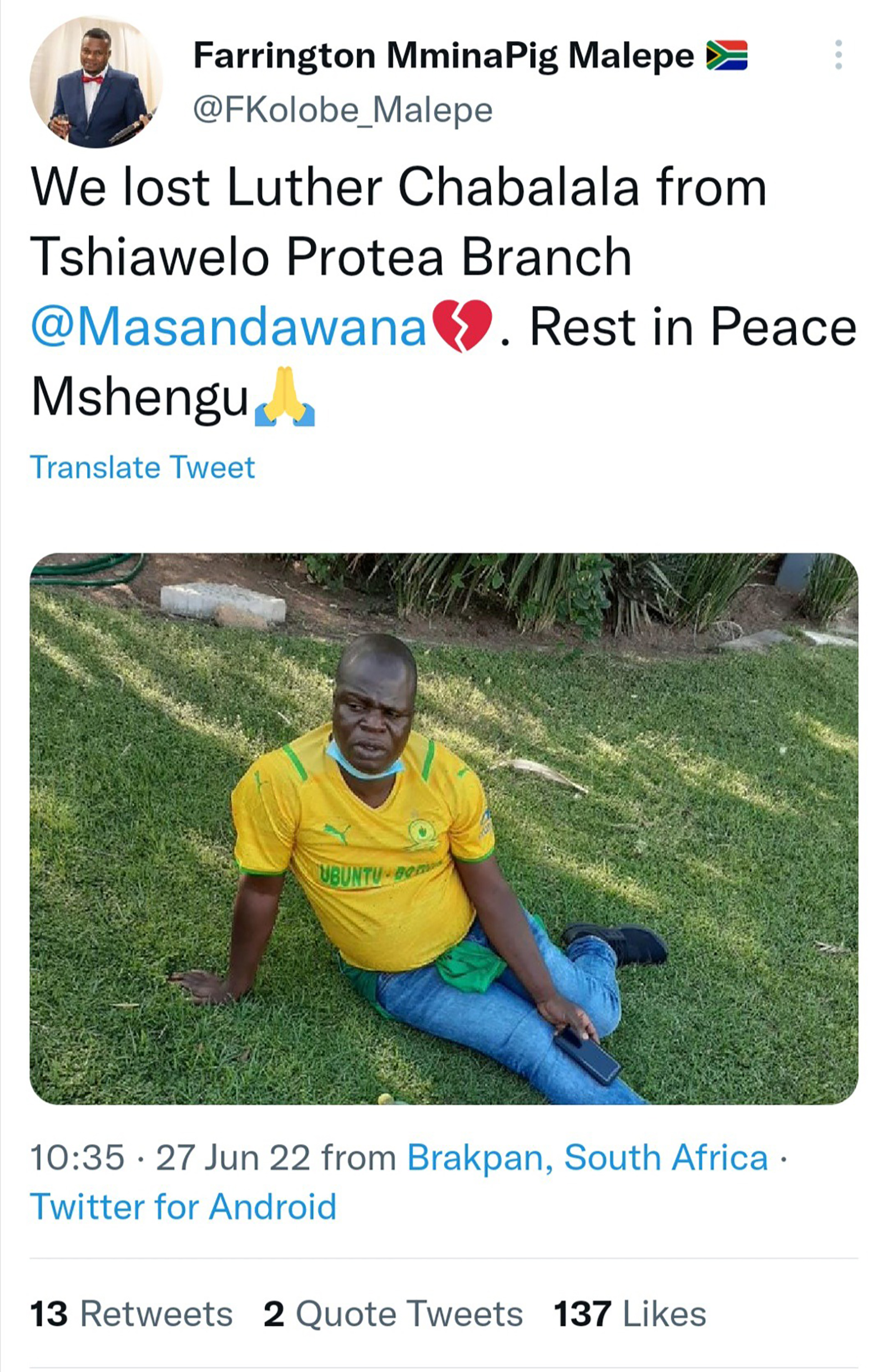