RIP Another ANC leader has been shot dead in this manner

RIP Another ANC leader has been shot dead in this manner

There are some jobs which now seem to be too dangerous for one to do. These jobs make you a target of hitmen who will be hired to make sure they take your life. One such job is being a memeber of the ANC in the KwaZulu-Natal Province. In this area, there is too much jostling for posts and at times fierce, nasty wars take place.

Councillors are often murdered and a report which was shared by the ZA News Flash announced yet another assassination. Reports state that a councillor of the ANC in KwaMaphumulo municipality, outside Durban, has just been shot dead.

His name will be withheld for now as it is not clear whether his family has been formally notified or not. This is the third killing of a councillor in KZN in two weeks.

The behavior of the ANC cadres is making many resent politics as joining such organizations and taking leadership positions would surely make it seem as if you have signed a death wish.

Statistics will show that if you still want to live for the next 20-40yrs,you will need to think twice before taking up any senior role in municipalities.

The comrades act in a heartless manner and kill each other for fun. It has been noted that those in the local government or councillor, mayoral, municipal manager positions are being the prime targets. 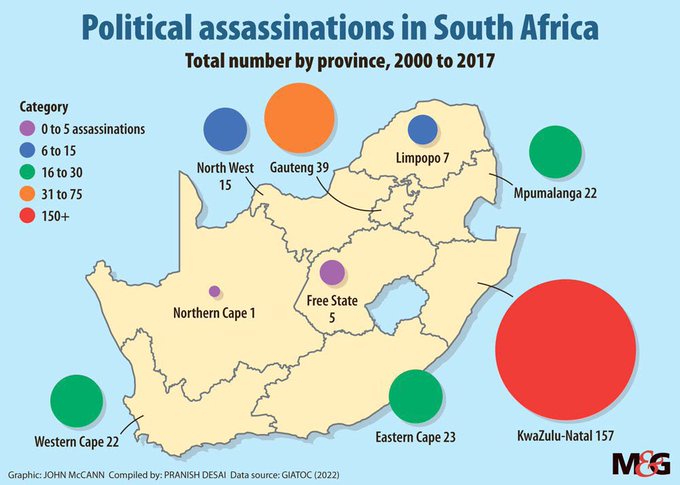 Statistics show that the KZN is slowly turning ti be the Mexico of Africa and it needs to be declared a state of emergency.

When the report was shared, some users on Twitter claimed they had to double check of this was not an old tweet because they had come across a similar tweet saying almost exactly the same thing earlier this week.

Content created and supplied by: AfricanChannelNews (via Opera News )