RIP: 19 Family Members Died In A Horrible Accident Between 2 Taxis & A Truck

RIP: 19 Family Members Died In A Horrible Accident Between 2 Taxis & A Truck 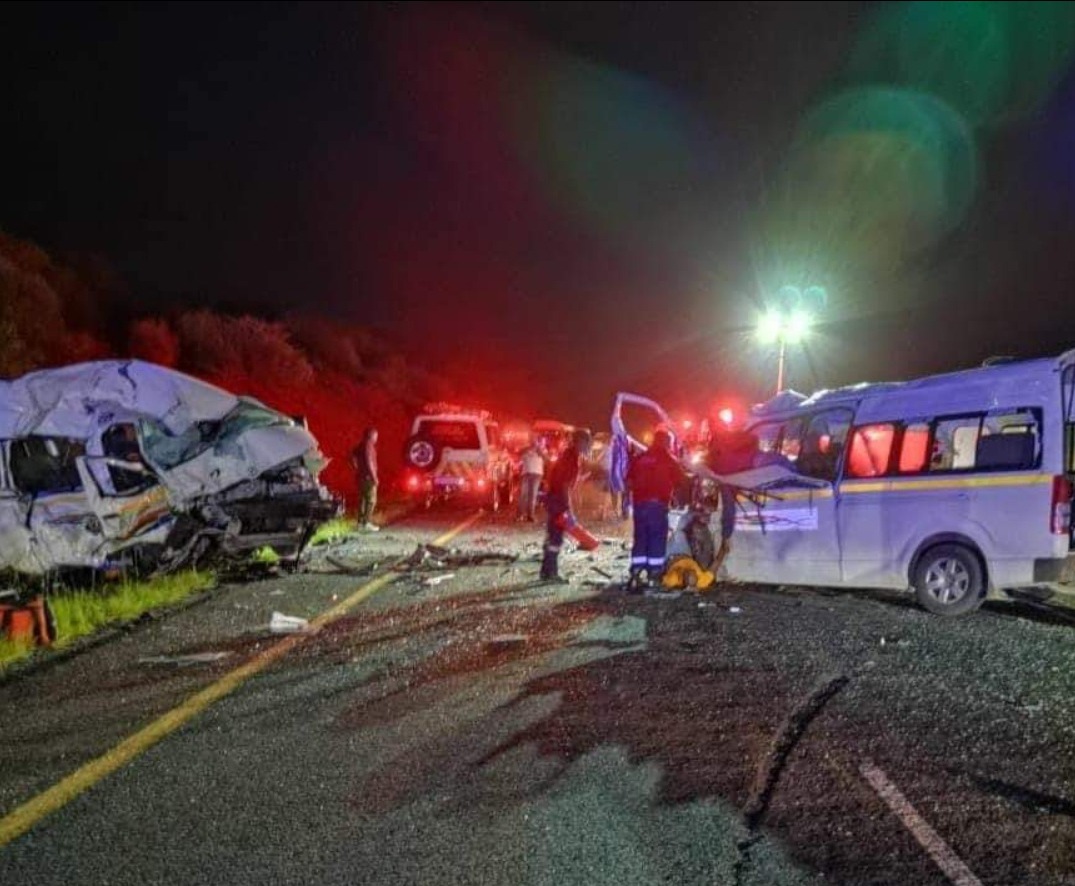 19 people who are all family members have died in a head-on collision between two Toyota Quantum’s and a truck traveling from Bloemhof to Schweizer-Reneke in the early hours of Sunday 27 February along the R34 road, this is a very tragic accident that claimed the lives of many generations of a family so it is very tragic and hurtful.

The accident will be investigated by RTMCs crash and reconstruction unit, many people are falling victim to the many accidents that happen on the road and the authorities are simply clueless about how they can come up with a plan to end the accidents on the roads and if that includes fixing and making the roads wider then the question of a budget arises. The country’s roads are full of accidents and the government foes do not address this we also have to acknowledge that accidents are caused by many things including reckless driving and even the smallest things like potholes and here we are with the government dragging their feet when it comes to this, they have to figure out a way to get the people safe but they are not doing that.

So many people are lost to crime, natural causes, and such accidents and it cannot be overlooked for many years we have to take a stand and there are many proposals and people’s ideas about how to get these things that so many people are missing, there have to be measures that are put in place to ensure that the citizens are tea felling on the roads in a safe manner.

There were nineteen victims who died from this horrible accident, the paramedics were called to the scene and they did everything that they could to revive the victims however there was nothing further they could do for them.