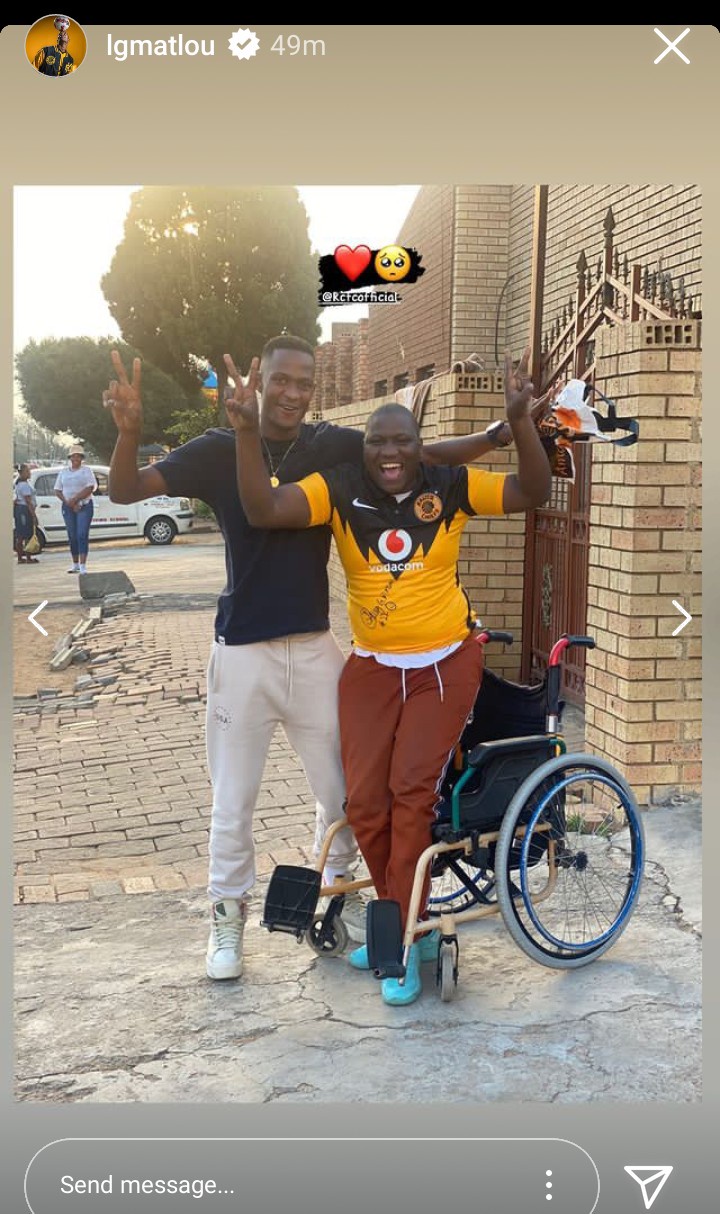 Kaizer Chiefs attacking midfielder Lehlogonolo George Matlou who put pen to paper on a two year contract at the club in June from Swallows has continuously showed his class on the field of play.

The product of the Orlando Pirates Development Academy has taken that same energy off the field of play.

This week, the Kaizer Chiefs jersey number 22 made a football fan’s day because of his generous gesture. As expected, Lehlogonolo Matlou took to his official social media where he shared this heartwarming moment.

On Tuesday evening, the 24 year old Soweto born footballer took to his Instagram account where he shared a video where he personally gifted a wheelchair bound football fan his signed Kaizer Chiefs home jersey.

From the shared video on the popular platform, the physically challenged football fan could be seen thanking the Kaizer Chiefs star player who is undoubtedly one of his favorites by standing up from his wheelchair and went to give him a hug. As part of his caption, the talented attacker wrote, “pure love”.

When it comes to Lehlogonolo Matlou’s football career, the versatile attacking midfielder who can play as a right winger and as a left winger enjoyed decent game time in the colours of the Naturena based outfit during his debut season at the club in the first half of the current campaign.

According to his player profile on 𝘵𝘳𝘢𝘯𝘴𝘧𝘦𝘳𝘮𝘢𝘳𝘬𝘵, Lehlogonolo Matlou made 8 appearances in all competitions in the colours of Kaizer Chiefs in the first half of the 2022/23 DStv Premiership season and he created one goal scoring assist for his teammates.

According to the same source mentioned above, we have been fortunate enough to learn that Lehlogonolo Matlou has a market value of €200K which is equivalent to R3,52 million in terms of our South African currency. 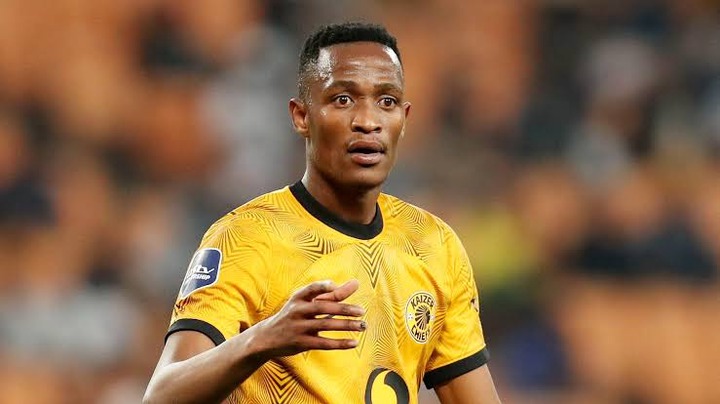 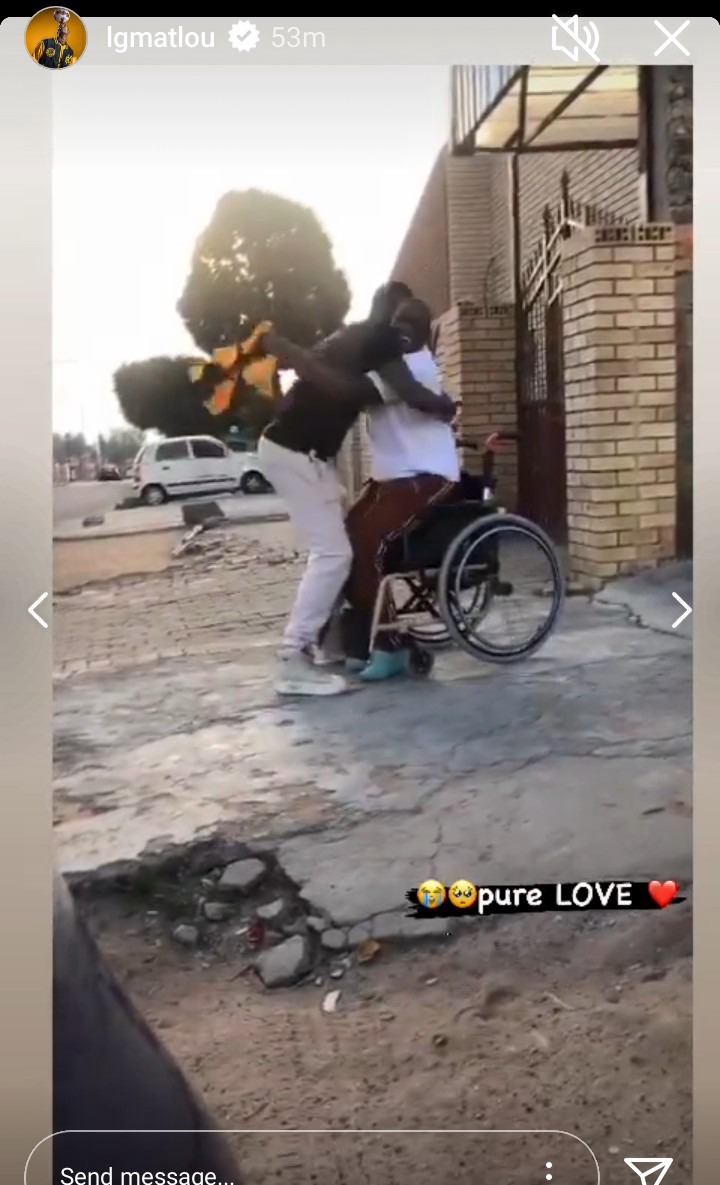 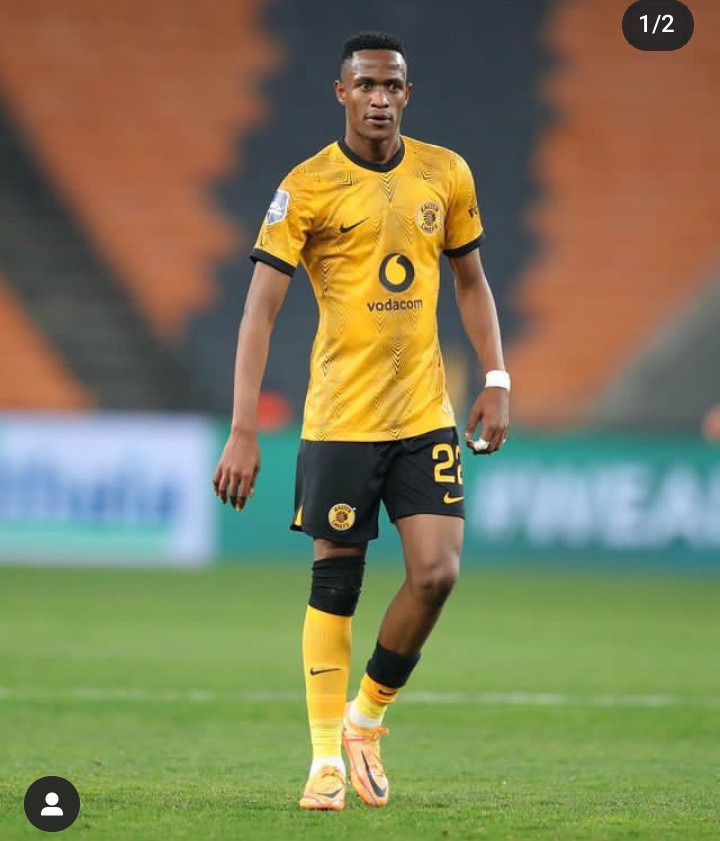