The young baby who was born in May 22 this year was not kept in an incubator.

Qiniso Gudazi took to social media platform particular Twitter. He shared a thread of the baby’s health. A cute little newborn was successful delivered. Prayers played a huge role. It’s important to believe in God and have positive perception.

Lwethuthando Sinovuyo was born before time. Normally the doctors decision is to make sure the child grows successful under the doctors monitor. Doctors works tirelessly to successfully put the life of the child safe.

The parents were very concerned because the mother is the one who affected the child before she got delivered. The fiance had SEP severe pre eclampsia. Which is said to be dangerous on baby’s health. It’s confirmed she was not kept in the incubator. That can be caused by the weight. Which was probably good. 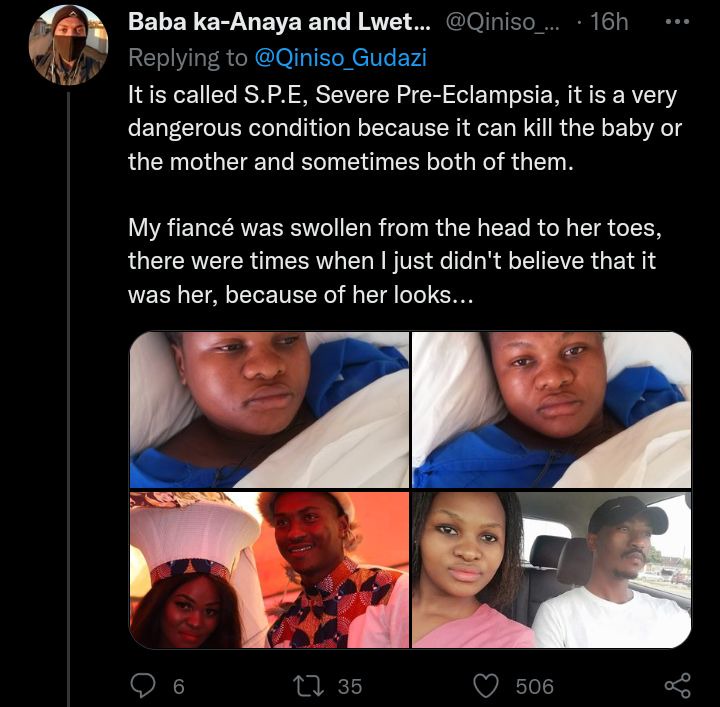 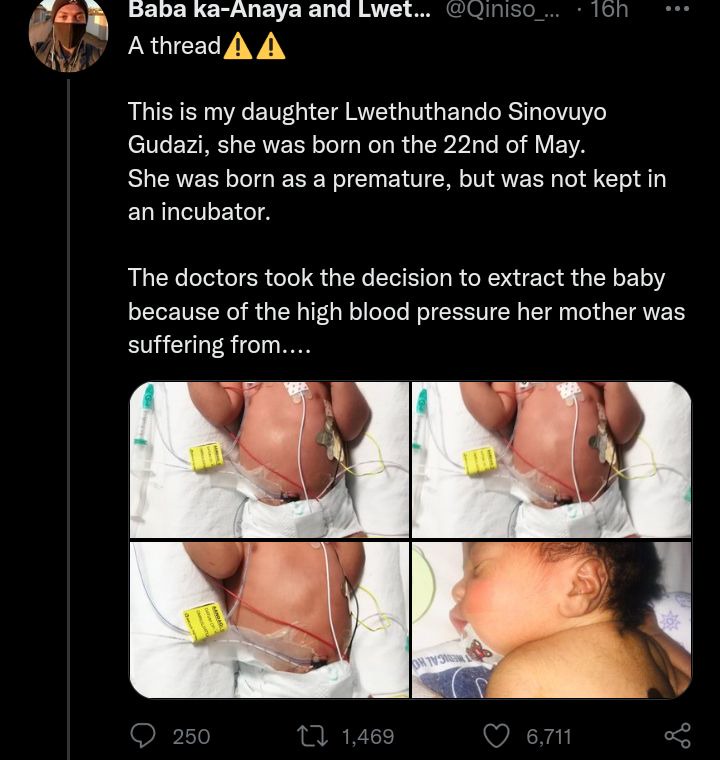 Here are the comments. People feel the pain of having illness which affects your child.

Content created and supplied by: BLuCommunityNews (via Opera News )