PHOTOS Inside The Funeral Of Enyobeni 21 Victims. See What Was Spotted

PHOTOS Inside The Funeral Of Enyobeni 21 Victims. See What Was Spotted 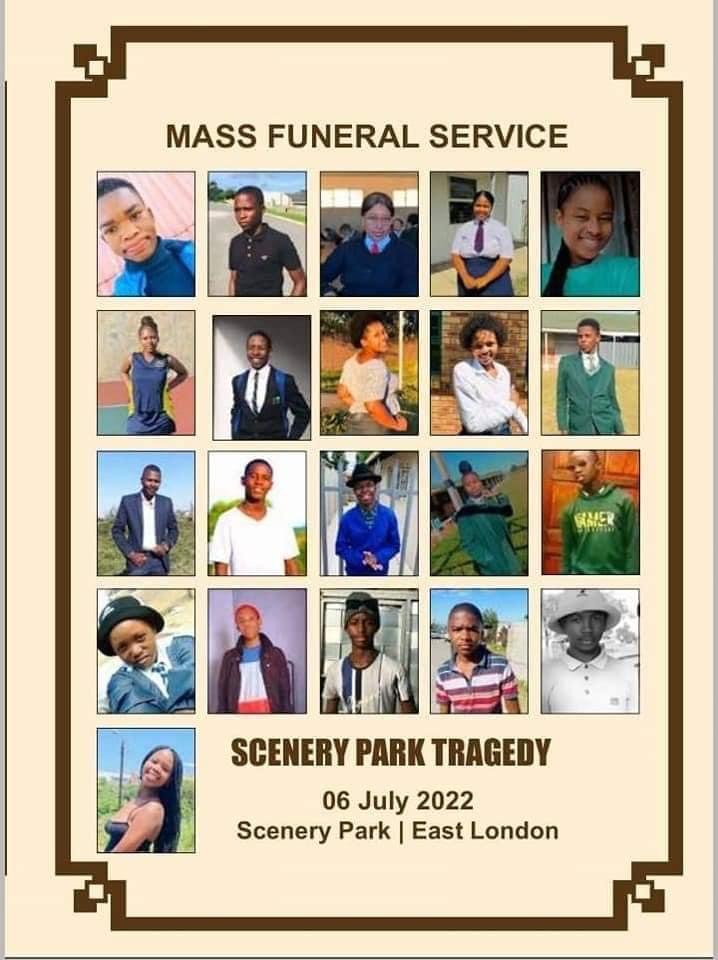 Today is a very sad day for East Landon, a residence in the eastern cape. The 22 children who passed away last Sunday at a tavern called Enyobeni are finally being laid to rest. 22 children who went to Enyobeni tavern to celebrate finishing exams passed away due to shortness of breath after the tavern was overcrowded and there was no space to breath. According to the reports, there was pepper spray used inside the venue. That is why children lose their breath and suffocate.

The funeral is being held at a gigantic marquee sports field, which is in east Landon. People came out at large, including top icons such as the South African president, Cyril Ramaphosa. Inside the venue, people are looking sad.

A number of the coffins that had been used to transport the bodies of the 21 people who had been massacred at the eNyobeni Tavern were lined up inside the enormous marquee that had been erected at the Scenery Park Sports Field in East London.

The mass funeral ceremony for the 21 young people who passed away as a result of the catastrophe that occurred at the Enyobeni bar is about to take place this morning. At the memorial service that is being held at the Scenery Park Sports Grounds in East London, in the Eastern Cape, President Cyril Ramaphosa will deliver a speech. Inside the venue, coffins of the victims were spotted, see the photos below:

The victims’ empty coffins will be taken to the place where the memorial service will be held, and the burial will be done privately by their families.

Scenery Park has become the gathering place for mourners, among them being President Cyril Ramaphosa. It is anticipated that the official program for the victims of the Enyobeni Tavern will begin very soon. Two have already been laid to rest, and two more will be laid to rest after the funeral services that are being held in mass today. The remaining 17 will be laid to rest between Friday and Sunday.