Mzansi actress Connie Ferguson is the queen of South African television. She kickstarted her career on Generations in the 1990s, and she has been scaling the heights of success ever since.

Along with her acting career, Connie Ferguson has also enjoyed a successful career as a model and businesswoman. These successful ventures, as well as all her endorsements deals she has secured, have earned Connie lots of money, and she is currently among the richest celebrities in South Africa. 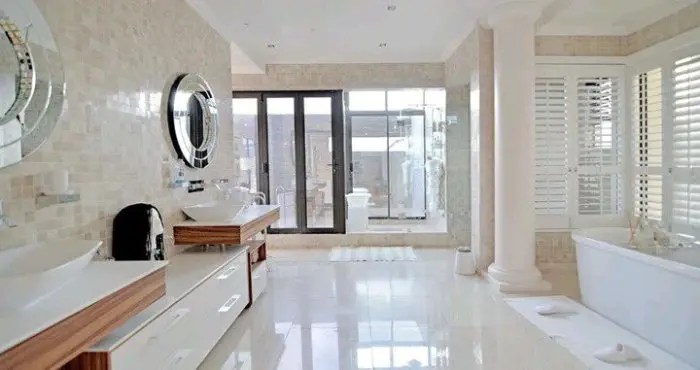 While Connie Ferguson knows how to make money, when it comes to spending it, she knows how to spurge. Along with driving expensive cars, Connie also lives in one of the best celebrity mansions in South Africa.

Here is a sneak peek into Connie Ferguson’s house that will give you goosebumps.

Where is Connie Ferguson’s house located?

Connie Ferguson’s house sits on several acres of land somewhere in the upscale suburbs of Johannesburg.

From the above video shared by Connie on her Instagram account, it appears that the giant mansion is situated just under a hill and has the most spectacular view.

Although we already regard her as a queen, and we expected nothing less than premium class and royalty from her, Connie really outdid herself here. The house is magnificent in every way and exudes class and opulence.

To begin with, the location of Connie Ferguson’s house is something to die for. Imagine the serenity, calmness, and pool of peace that can be found in the hills- we don’t think it can get better than that.

The house is surrounded by high perimeter walls and has a winding driveway from the main gate to the house. The driveway is lined with well-manicured flowers, and the whole compound is carpeted with lawn grass.

Just before you get in the house is an ample parking space to accommodate all of Connie’s sleek cars as well as those of her guests.

While the house’s exterior is painted in shades of grey and white only, the interior walls vary from room to room, although the predominant colors are crisp white and grey.

Grand staircases with metallic railings connect the lower floors of the wall with the upper floors, and the rooms are well-lit with inbuilt LED lights on the walls and ceiling as well as all the natural light that is let in by the giant glass windows and doors. 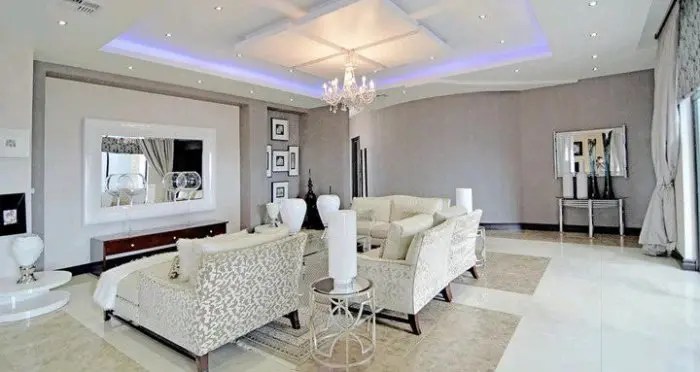 Connie Ferguson’s living room is a sight to behold too. The white and grey walls are complemented by pieces of aesthetic arts on the walls, and the inbuilt lights are complemented by low-hanging chandeliers. The somewhat antique furniture gives the room an air of elegance.

Like the living room, Connie’s kitchen is a sight to behold too. It’s a fully equipped, spacious modern kitchen with subtle orange walls and a kitchen island in the middle.

How much did Connie Ferguson’s house cost? 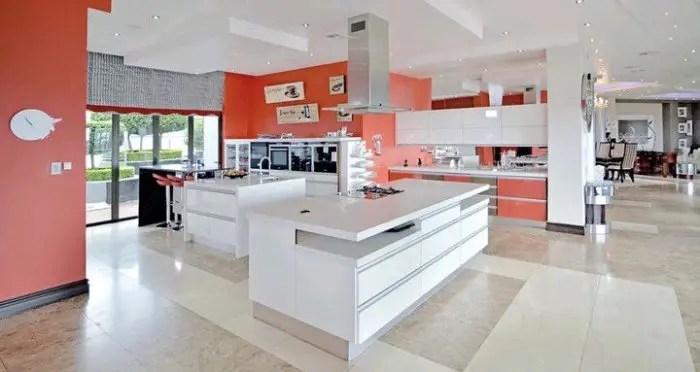 After seeing all the features of this grand mansion, now you are wondering how much it cost. Well, it is reported that Connie Ferguson’s house cost her between R15 to R19 million.

Even though the house is quite costly, its cost is just a tiny fraction of Connie Ferguson’s net worth, and the grand dream house is worth every cent.