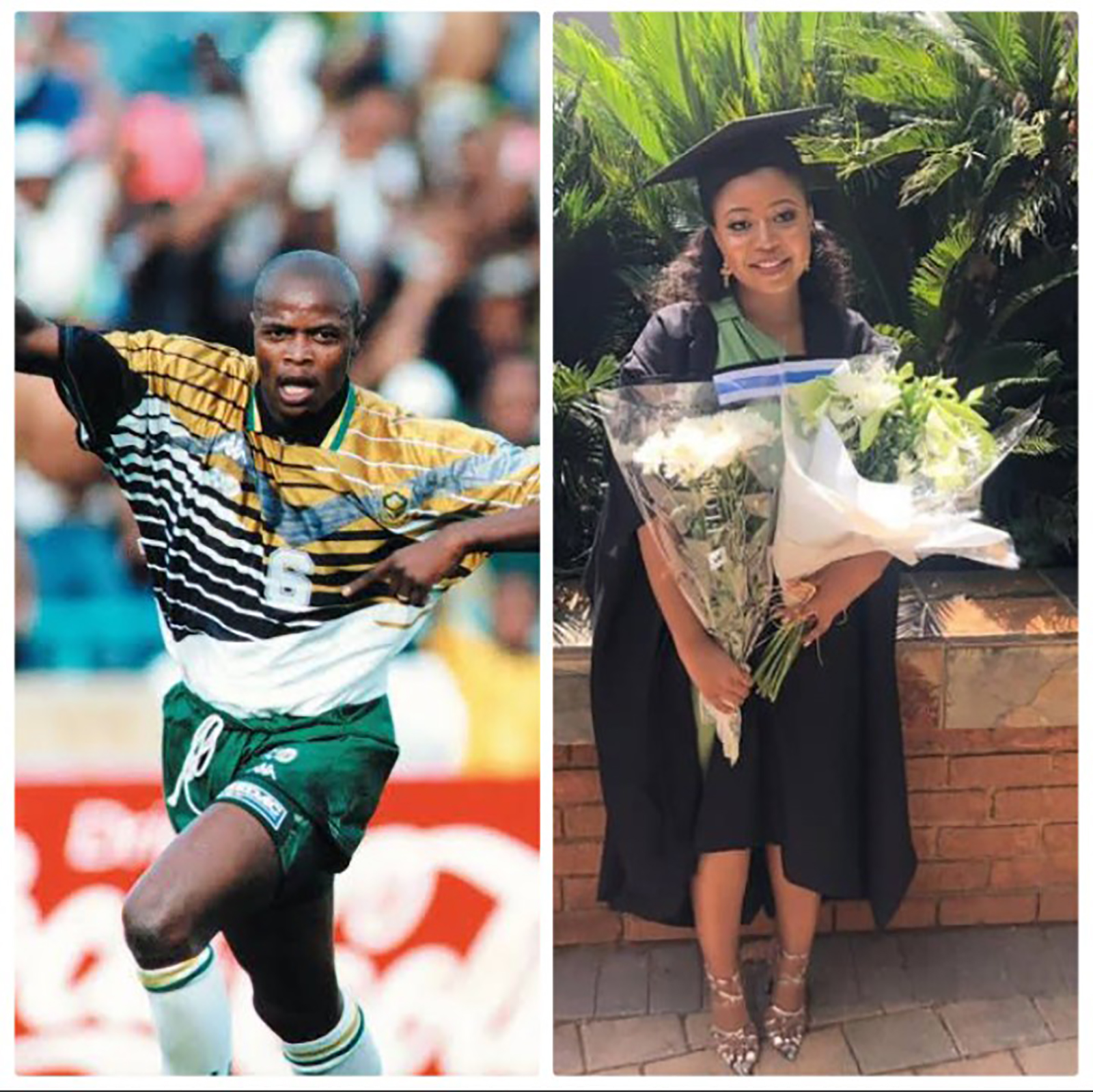 Ranked as one of the all time leading goalscorers of Bafana Bafana with 18 strikes to his name, football legend Philemon “Chippa” Masinga is celebrating his 52nd heavenly birthday, today.

The 1996 AFCON winning forward tragedly succumbed to his death on 13 January 2019 at Johannesburg Hospital after a long battle with cancer.

To mark this special day, Philemon Masinga’s eldest daughter, Tinyiko, one of two, whom he shares with his first wife, Carol Puleng, has shared a heartfelt tribute to the football legend on Instagram.

Above : Carol Puleng flanked by her daughters Tatyana (L) and Tinyiko (R)

Taking to her Instagram stories, Tinyiko Masinga, decided to share touching photos of her parents when they were getting married in 1995. On the day Tinyiko would then go to caption the shared pictures with, “for my dad’s heavenly birthday, I’m posting gems I found on my grans house”.

In addition, in a different post on her Instagram stories, Tinyiko Masinga who according to her Facebook account holds a BCom (Honours) degree with a specialisation in Business Sciences and Management went to relive her father’s playing days.

Taking to the popular platform Tinyiko decided to share a picture where her father Philemon Masinga was captured celebrating Bafana Bafana’s 1996 AFCON triumph. During that edition in the final against Tunisia, the late Philemon Masinga was part of Bafana Bafana’s starting XI and second half goals by Mark Williams who came on as a substitute were enough to see South Africa crowned as champions.

Meanwhile, during his illustrious career which spanned over a decade, the late Klerksdorp born footballer did not only earn cult status at Bafana Bafana but even at Mamelodi Sundowns. According to his player profile on 𝘞𝘪𝘬𝘪𝘱𝘦𝘥𝘪𝘢, Philemon Masinga had the privilege of making 108 appearances and in turn scoring 98 goals.

In addition at the height of career, Philemon Masinga also had the privilege of plying his trade in England and in Italy. 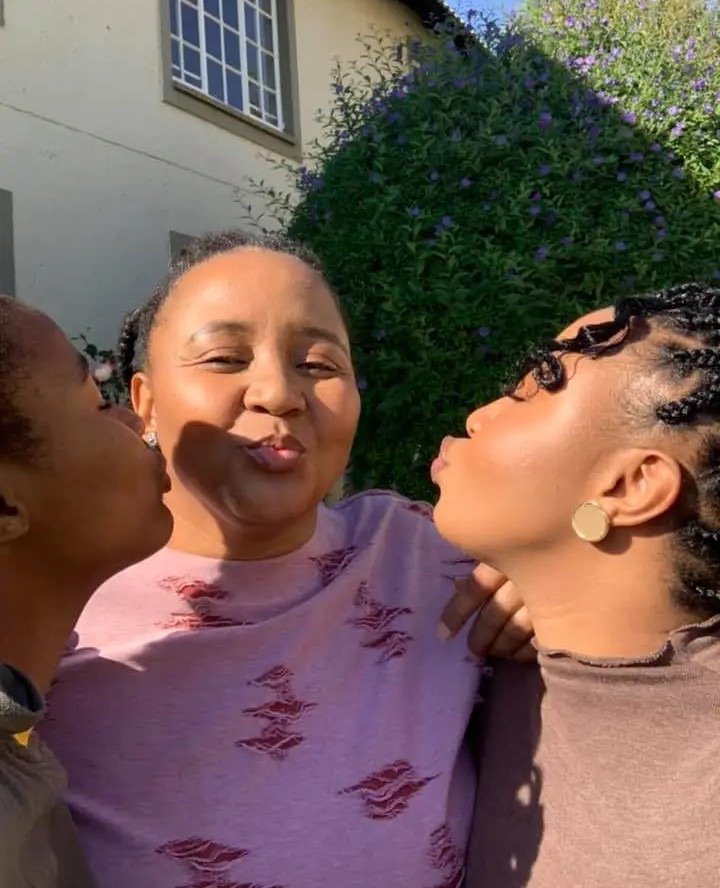 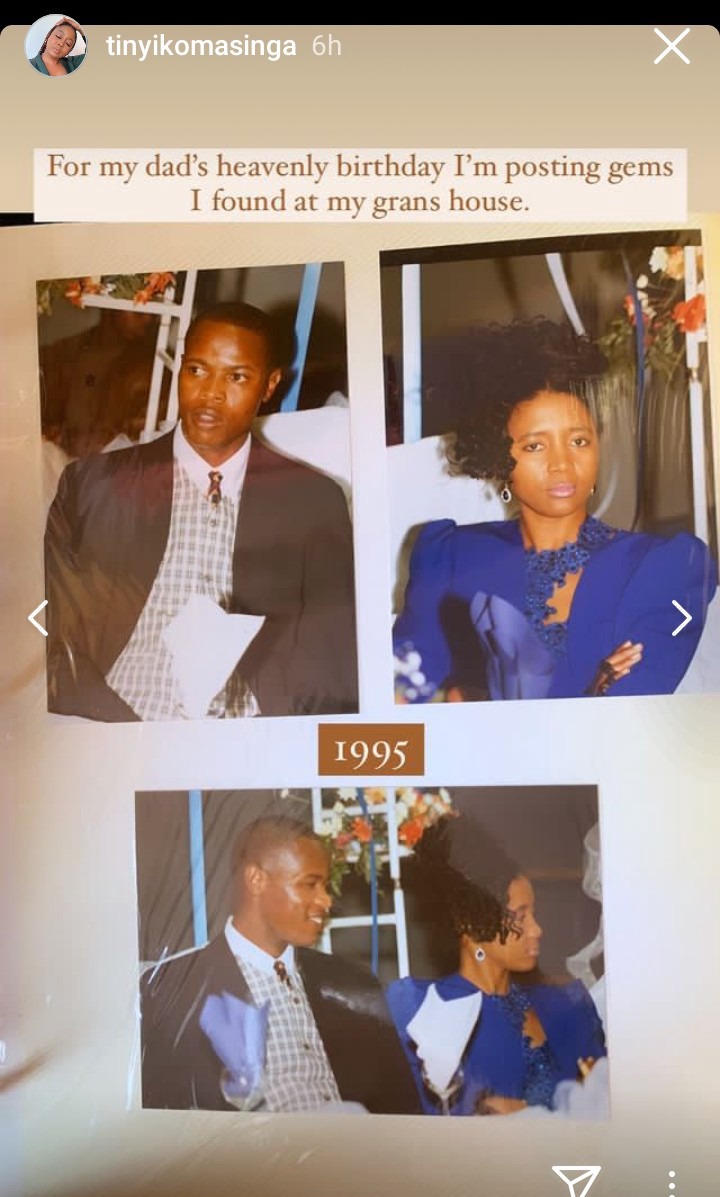 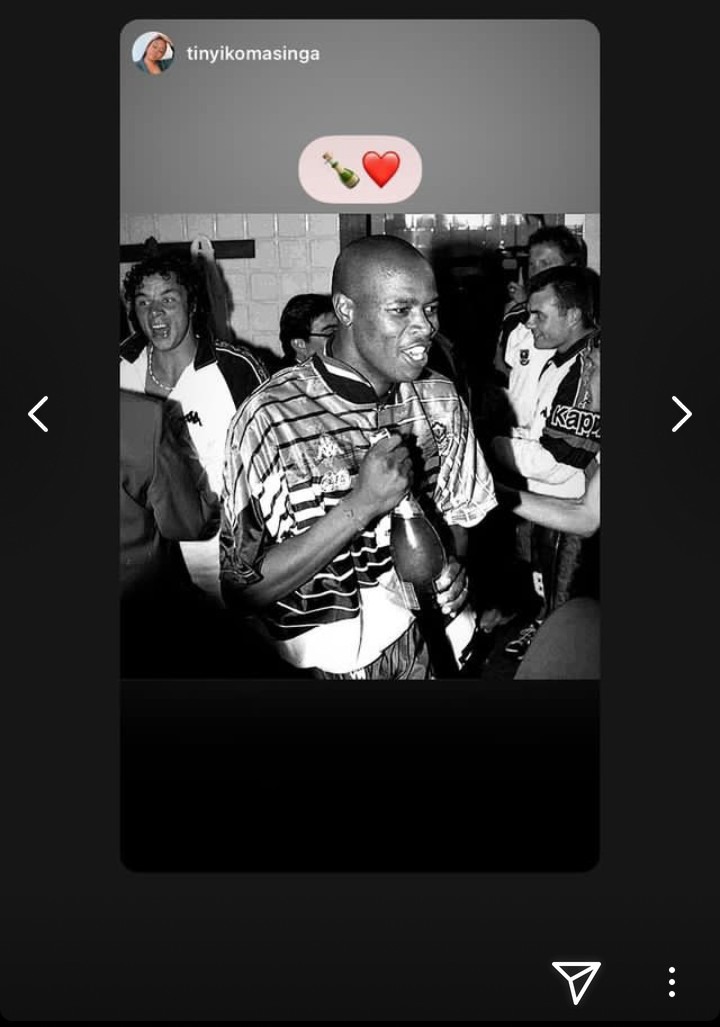 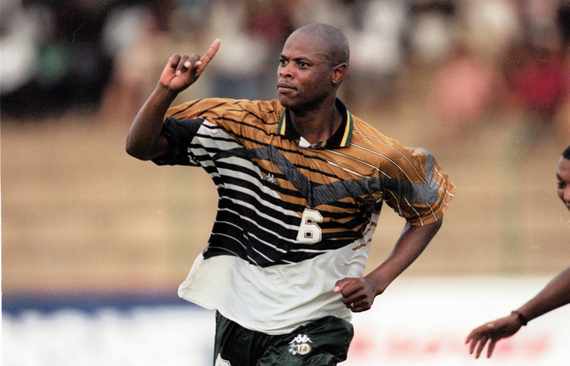 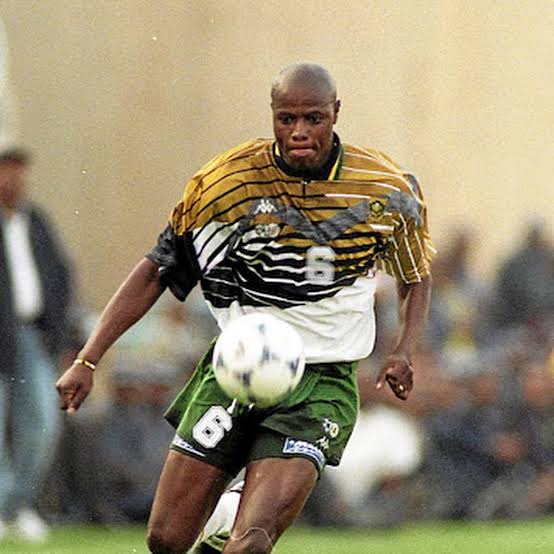