PAINFUL: She Was Killed On Her Birthday, See What She Posted Before She Got Killed RIP

PAINFUL: She Was Killed On Her Birthday, See What She Posted Before She Got Killed RIP In modern South Africa, the life expectancy of a girl kid is comparable to that of a rhinoceros. They are being put to death on a daily basis. No matter how much attention we bring to the issue of gender-based violence, the fact remains that every single day, women and children are being sexually assaulted and murdered. Since the beginning of the year 2022, hundreds of women and children have been put to death. It is the hope of every parent that their children will one day become successful and independent adults, yet in today’s society, parents are more likely to bury their children than to celebrate their achievements. There is a tragic loss of young children. Reports of the deaths of young people are published on a daily basis.

Birthdays are supposed to be the most joyous days of the year for all of us. People get together to celebrate the fact that they have been given the gift of life and that they are maturing on their birthdays. But what should have been a happy occasion for the Gcobo family was marred by tragedy when their daughter was killed on her birthday. Unknown perpetrators used firearms to take the life of Unako Gcobo, who was 17 years old at the time of her death and was celebrating her birthday on October 22, 2022 in Ginsberg, King William’s Town. As of this moment, nobody has been brought into custody as of this point in time.

She was murdered on the day that she was supposed to be celebrating the gift of life that she had been given. This makes the tragedy even more tragic. Many people have expressed their sorrow over the passing of Unako through the use of social media. It would appear that she was one of the most compassionate individuals, based on the posts that have been shared on social media. There are no reports or stories that can be validated about what took place, but there are allegations that a car with two men inside suddenly pulled up next to her and started shooting at her. She passed away right then and there without moving.

She had just shared the video on her WhatsApp status, where she was enjoying her birthday, before she was murdered. She uploaded her video first thing in the morning alongside jubilant emoticons. Someone else in their group took a screenshot of her WhatsApp status and shared it on Facebook. On her special day, Unako was filled with joy. She uploaded the celebration emojis along with the number of years she will be on her birthday on the seventeenth. She had no idea that the day she was living would be her final one on this planet. Without a doubt, justice will emerge victorious. 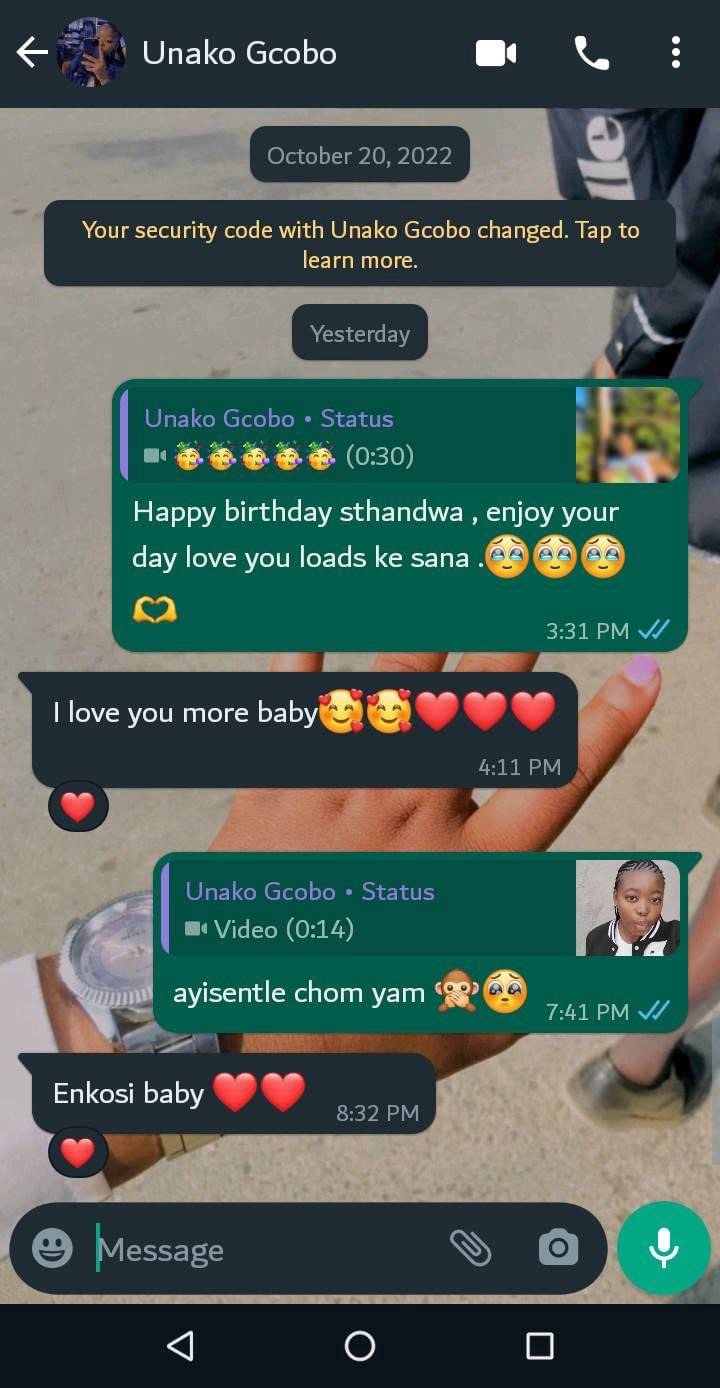