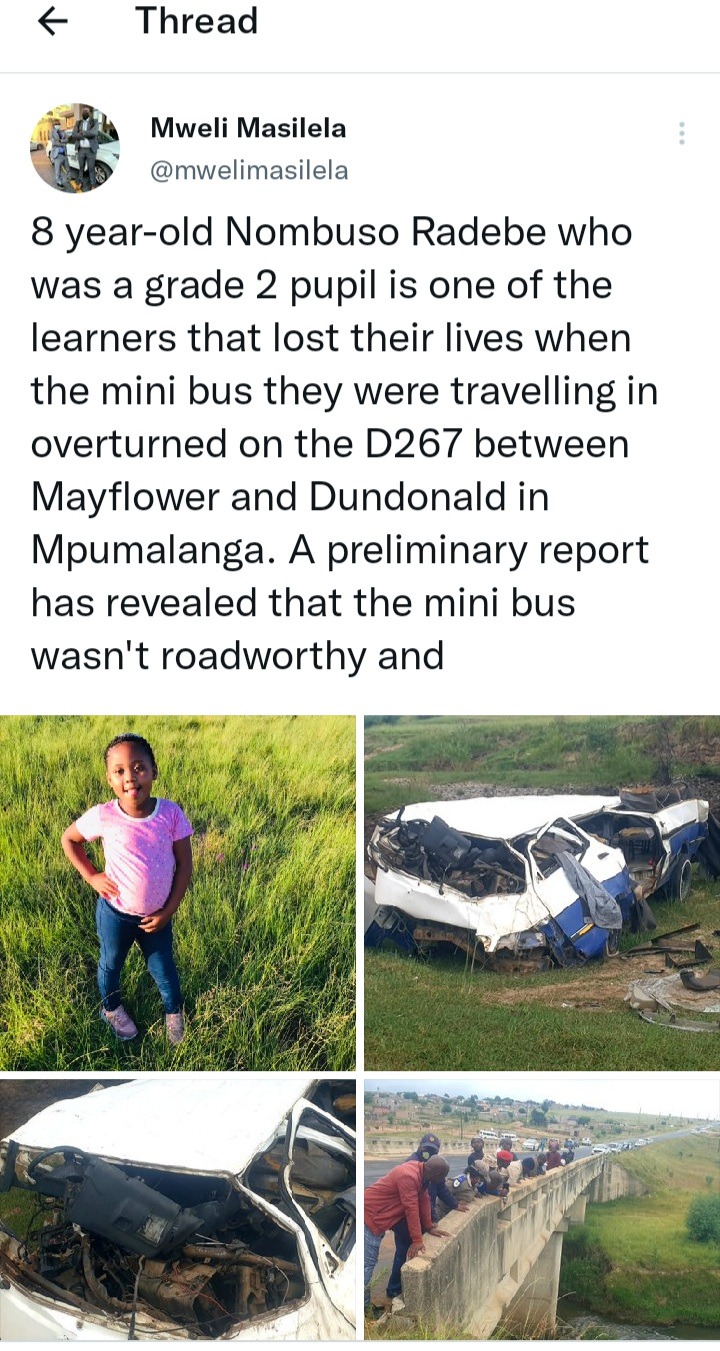 Numerous South Africans are furious and they are demanding answers. This comes after a horrific accident that took place in Mpumalanga on Wednesday. The freak accident claimed nine young lives. According to Mweli Masilela, Newsroom Afrika journalist, the driver of a minibus the children were driven with did not have a permit to transport members of the public. The driver of the minibus didn’t have a driver’s license and he has since been arrested facing nine counts of culpable homicide. The mini-bus they were traveling in overturned on the D267 between Mayflower and Dundonald in Mpumalanga. A preliminary report has revealed that the minibus wasn’t roadworks.

Bodies of children were found scattered all over the place. The body of another leader was only discovered today just by the river near Dundonald in Mpumalanga. The learner is one of those who were traveling in a minibus taxi that overturned on the D267 road. This brings the total number of learners who’ve lost their lives to nine. Ten other learners are still receiving treatment in the hospital.

Parents are demanding answers from the department of education and traffic management. How was this driver allowed to transport children under those circumstances? The mini-bus owner must pay for all the expenses for the funerals, some say. The owner of the minibus must be held responsible too how can he allow his minibus to transport leaners or be on the road while he knows exactly that is not roadworthy. This is sad. 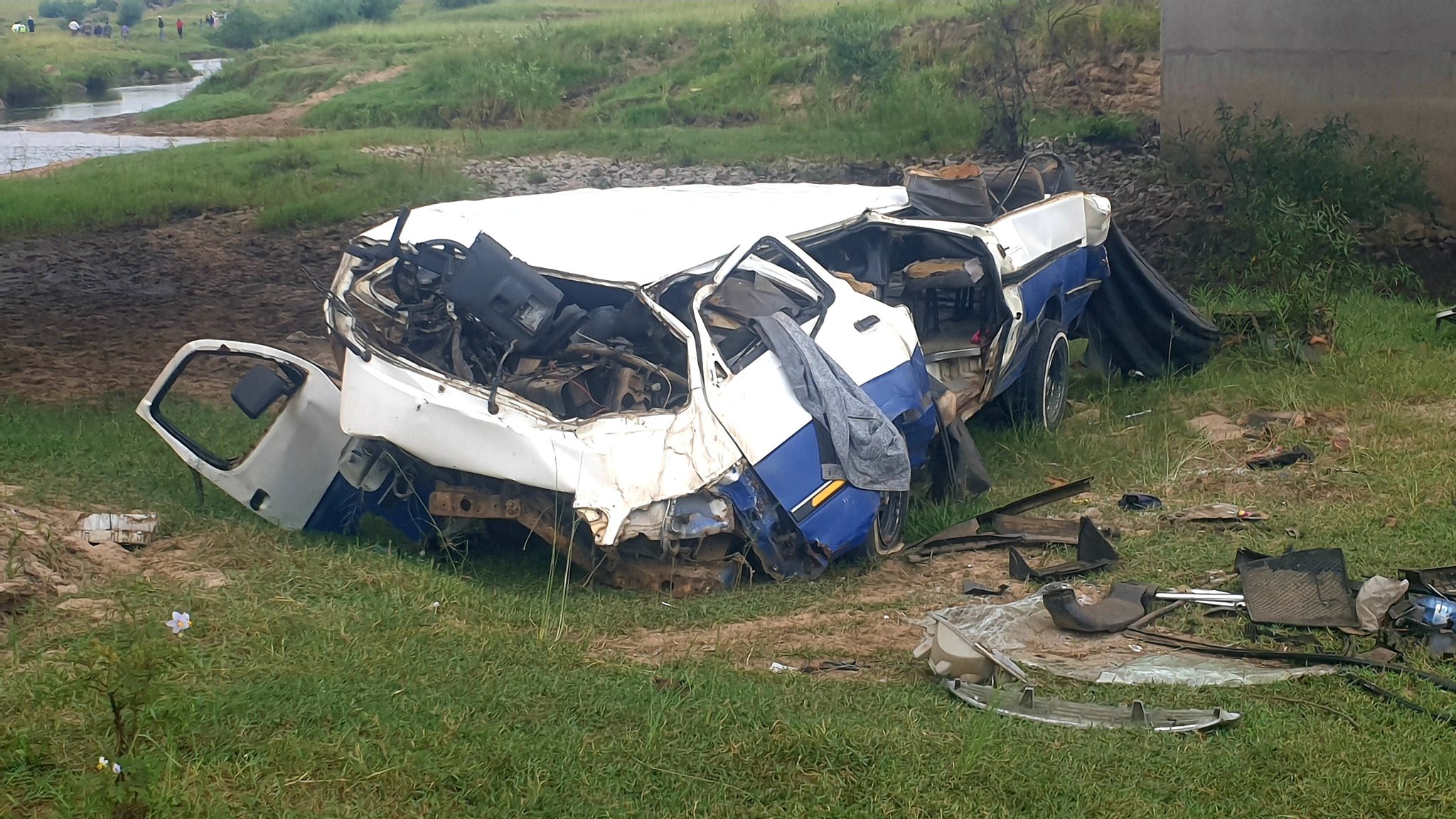 And the same driver has been operating that minibus since the opening of schools or beyond, why didn’t the law enforcement pick this up? They, just like the driver, have failed these families and the county as a whole since this is our children as well. What about the parents? Why did they allow their children to be transported in such a vehicle? There are many irresponsible parties here. What are your thoughts?

May their souls rest in peace, gone too soon.