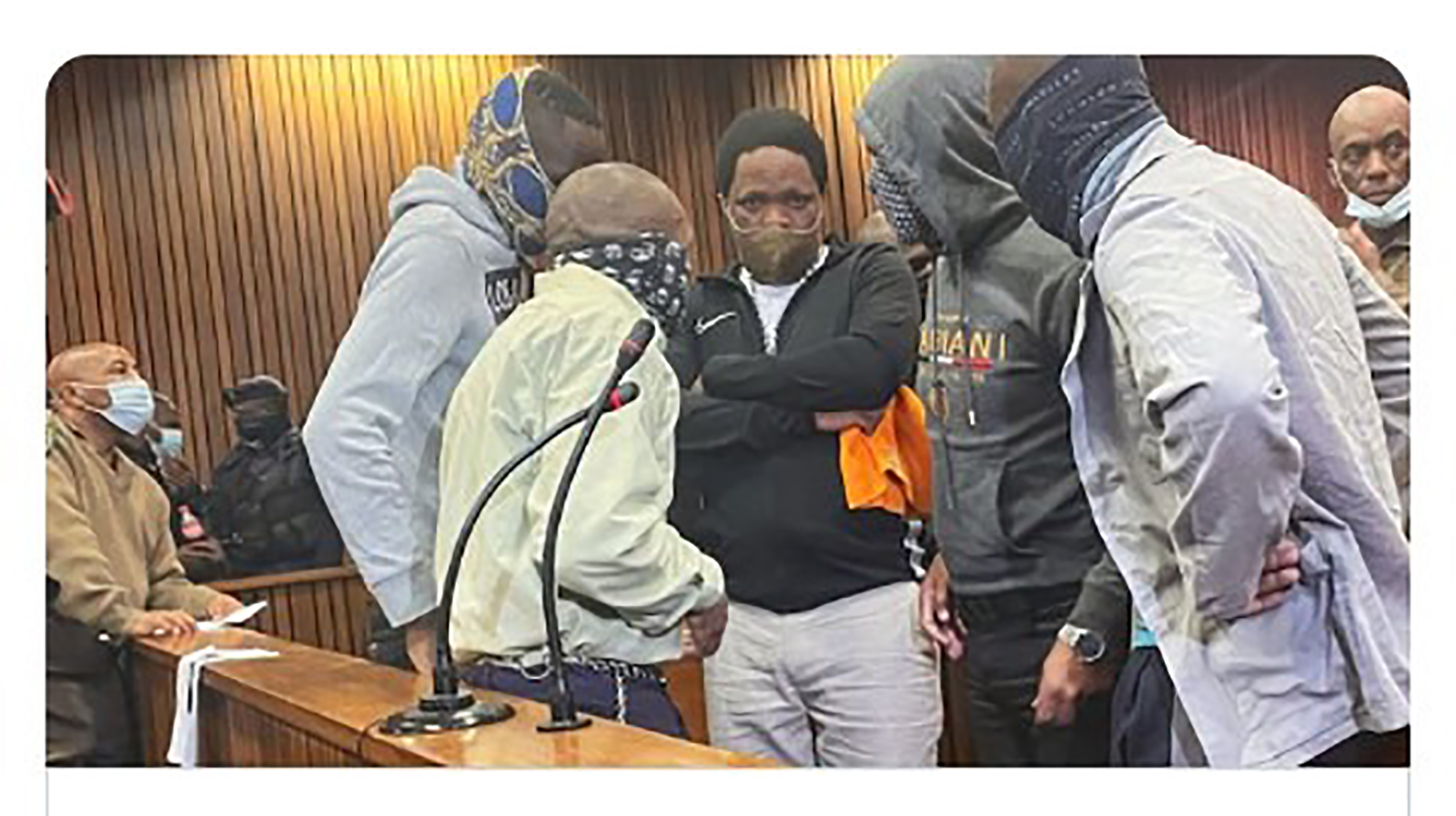 JOHANNESBURG – Kelly Khumalo’s attorney argues that she should have testified first in the Senzo Meyiwa trial.

Magdalene Moonsamy asserts that as an eyewitness, Khumalo would have described what transpired the night Meyiwa was fatally shot, as well as whether the five men currently on trial are the correct suspects.

The defense team of four men accused of murdering former Bafana Bafana goalie Senzo Meyiwa stated that they would file a case of thwarting the objectives of justice against the attorney representing singer Kelly Khumalo.

After Khumalo was implicated in Meyiwa’s killing, the decision to file criminal charges against Moonsamy was influenced by comments she gave to several media outlets.

Meyiwa was shot on 26 October 2014 at Khumalo’s home in Vosloorus, Boksburg. 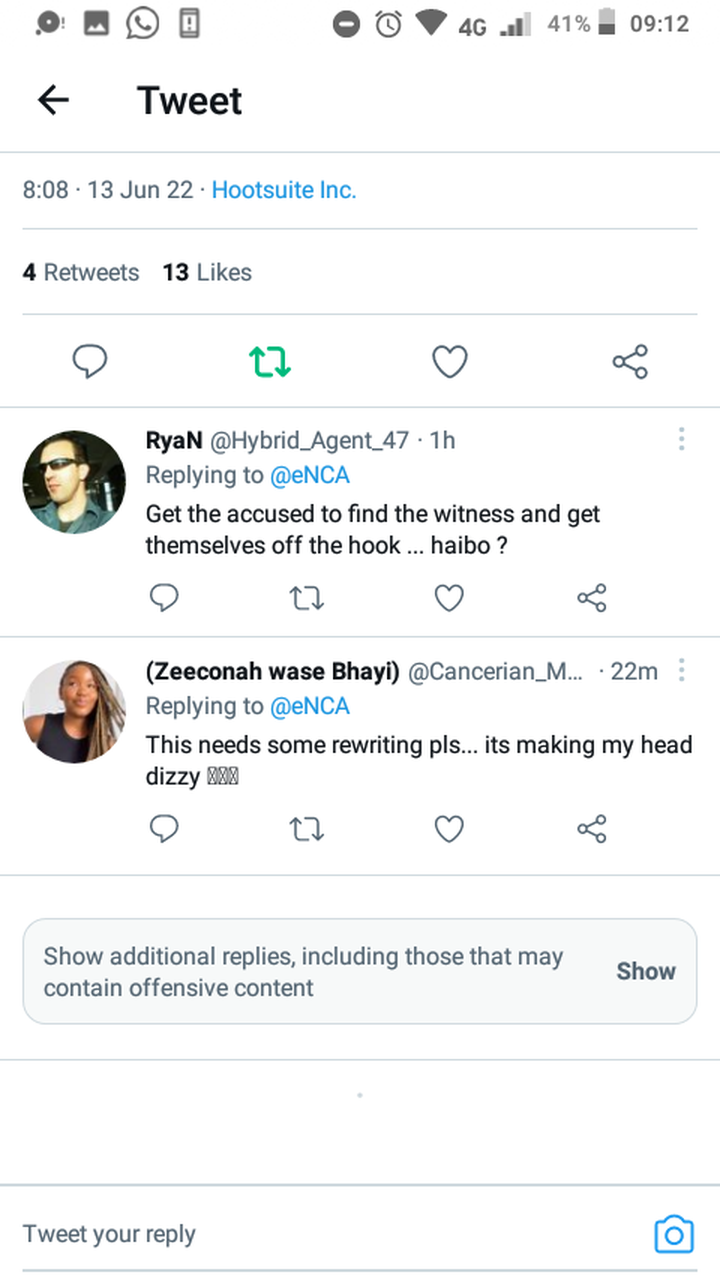 On Wednesday, the Gauteng High Court in Pretoria heard that a defense witness would testify that Khumalo accidentally shot Meyiwa with a handgun that Longwe Twala had brought to the house.

This was said during the cross-examination of the State’s first witness, Sergeant Thabo Mosia, by attorney Malesela Teffo, who represented four of the defendants.

Moonsamy stated to News24 that they doubted the existence of a purported eyewitness. 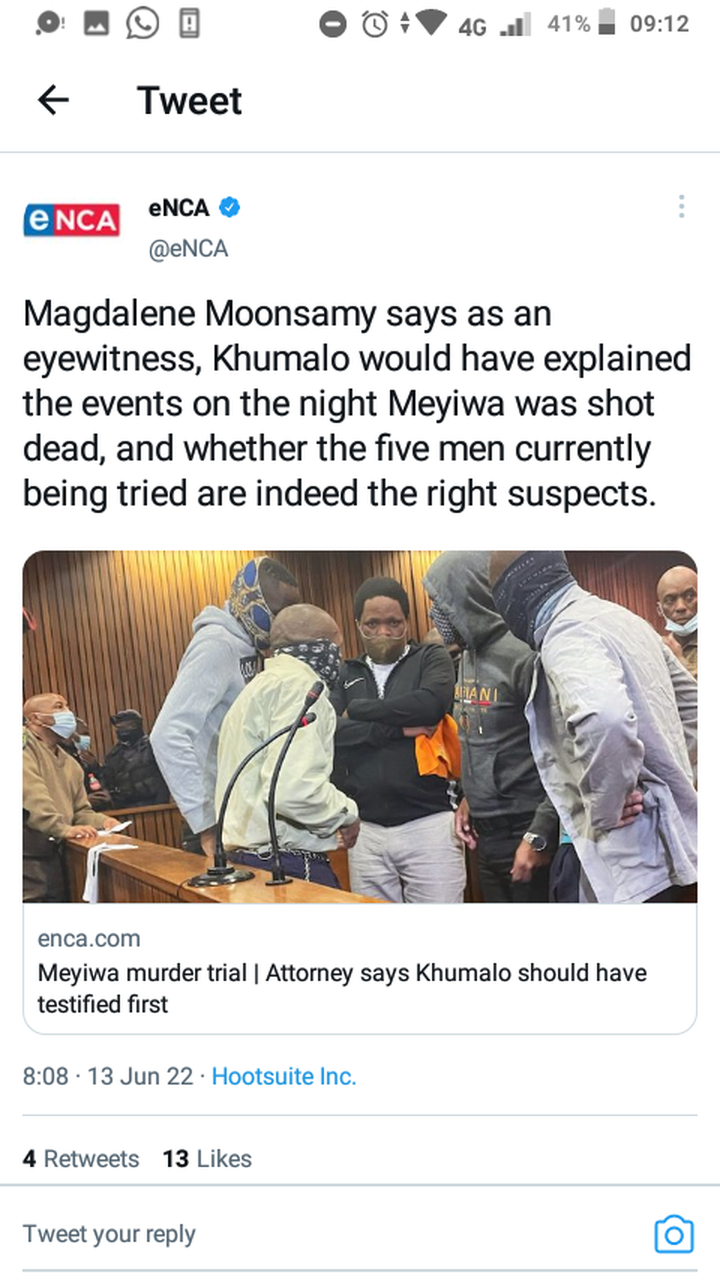 These are merely allegations made by an unidentified eyewitness.

“We need to know based on facts, not speculation, and if that’s the case, why weren’t people who were in the house called to testify to compare the evidence against their account or [the] statement?”

Moonsamy further stated that legal action would be taken.

TT Thobane, Teffo’s instructing attorney, told journalists on Thursday that he would be charging Moonsamy with undermining the ends of justice.

“Whatever she intends to do is an attempt to endanger our witnesses. This amounts to subverting the purposes of justice “Thobane stated.

Thobane could not specify what Moonsamy stated that could be construed as a threat to defense witnesses or as an attempt to subvert the administration of justice.

Whatever she stated, witnesses are intimidated. If you want to file a lawsuit against someone and that person must appear as a witness, do you believe that person will appear?

He stated that he would file a complaint with the Legal Practice Council against Moonsamy.

Prior to this, attorney Zandile Mshololo, who represents one of the defendants, was cross-examining Mosia, looking through all the evidence he gathered when he arrived at the scene.

Mshololo focused on the fact that Mosia did not collect fingerprints or DNA from the door that the suspect allegedly used to enter the residence.