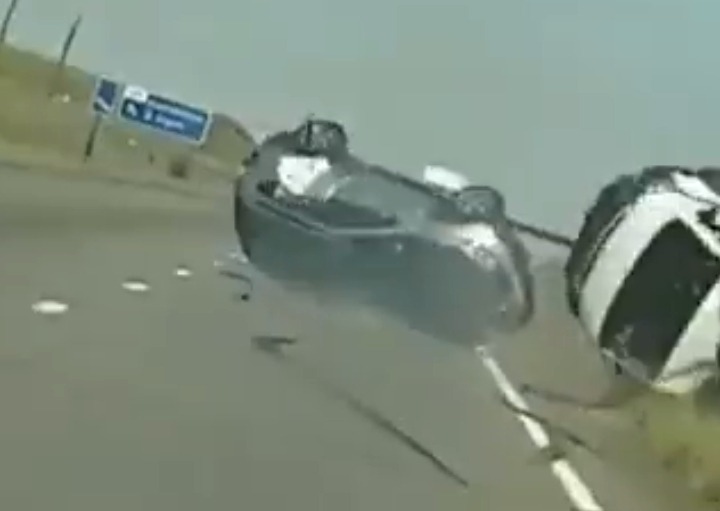 It takes a few seconds for an accident to happen, for some people to lose their lives, for properties to be damaged, for innocent people to get injured, only because a driver decided to be irresponsible and drive while the body is not in a good state for the driver to hit the road, you need to have a sober mind and a well-rested body to be hitting the road because if you are not well-rested, chances are your concentration levels will be very low and you might cause a fatal accident, you happen to be putting fellow road users’ live at risk, just like the driver of this Toyota Quantum.

A video has surfaced on social media where a Quantum could be seen that it is a ticking time bomb, the way he was driving, he was all over the lanes while overtaking a couple of trucks, he was in and out of the road, one could see that this person is either half-sleeping or driving while under the influence of liquor, you could see that an accident could happen at any time.

On the video, the people who were in a vehicle that was behind the Quantum noticed that there is something wrong and they started filming it as is it moved from side to side, after overtaking the two trucks, the driver of the Quantum did the right thing and kept left to allow other vehicles to overtake on the right, then he lost control and the vehicle veered off the road to the left side of the road.

Another vehicle came from the right, it was overtaking the driver of the Quantum realized that he was no longer on the road and decided to pull back onto the road, by doing so he drove on to the other lane, hitting the other vehicle that was on the far right if the road not suspecting anything.

A horrific accident happened, one person was seen on air after getting flung out of the Quantum, you could see the man on-air and the vehicle was also rolling in the direction he was Heading.

Drivers should always make sure that they are ready for all the trips they engage on, should they feel tired, they must take a rest, maybe a two-hour nap before driving again since it comes with big risks, people’s lives are compromised. 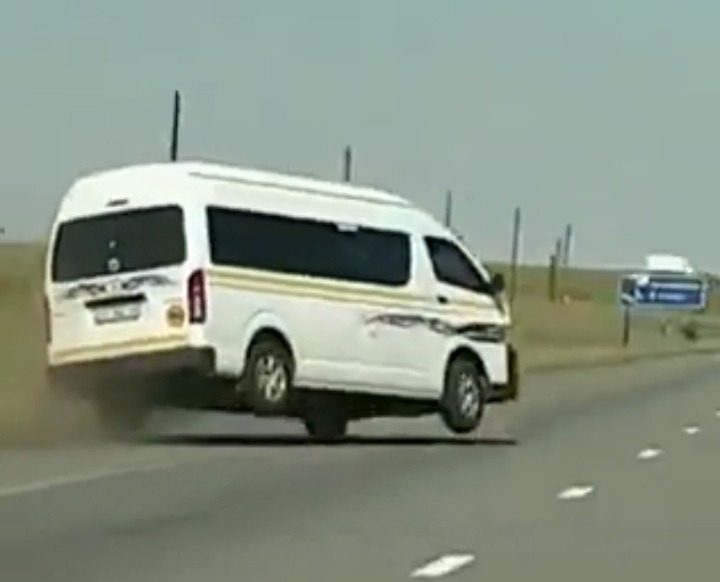 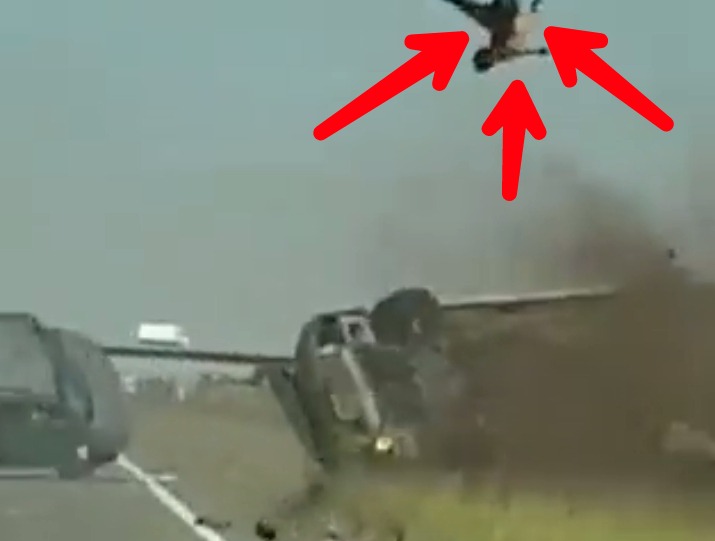 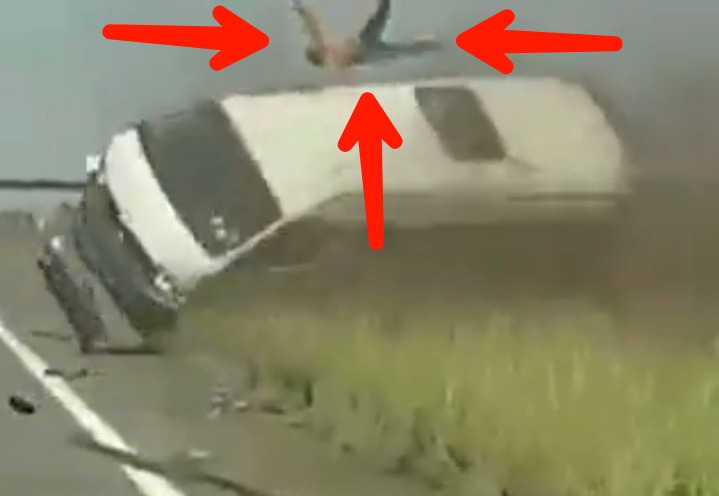 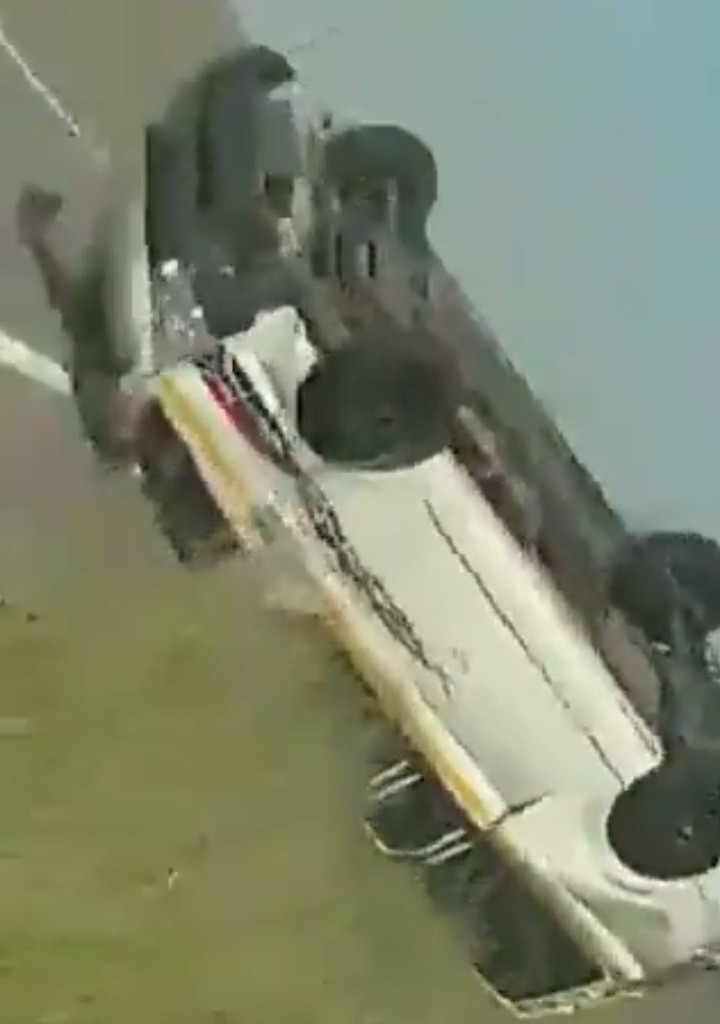