MaMkhize reveals reasons behind her divorce

MaMkhize reveals reasons behind her divorce 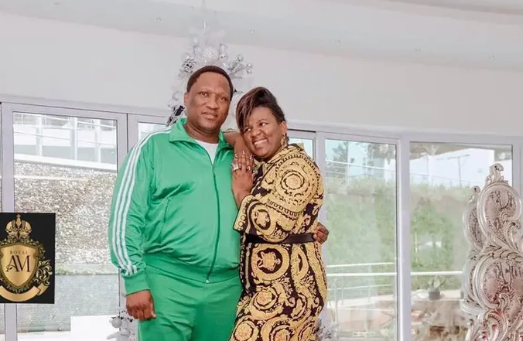 Her lifestyle has won her several admirers all over the country and she is one of the most inspiring women in South Africa.

MaMkhize has finally spoken about her divorce. She was married to Sbu Mpisane and they were a darling couple.

One of the extracts in the yet-to-be-released book gives a glimpse of what led to the collapse of her marriage to Sbu Mpisane, her close relationship with her late father and what drives her.

This was revealed by the Sunday World who went on to add that in the book, MaMkhize speaks so fondly of her marriage to Mpisane.

The Sunday World also went on to extract a paragraph from the book where she speaks about how she loved Mpisane.

“I honestly believed we had a great marriage despite occasional turbulences. Even when we celebrated that epic 10th anniversary of our marriage in 2011, I still believed I was joyful in my marriage. That’s the reason it took me 25 years to realise there was only one benefactor and one beneficiary in this imagined romance,” the extract reads. 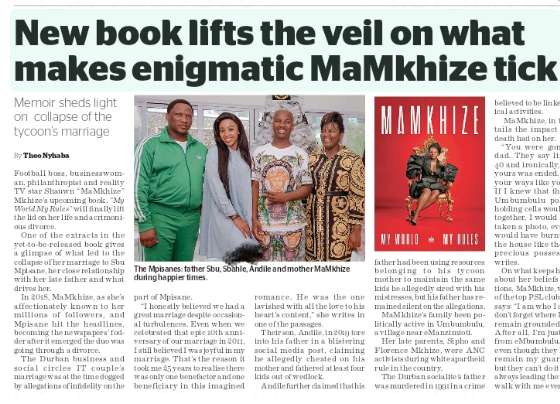 The book also details the heart break she went through when she lost her father. It seemed to have affected her a lot.

MaMkhize has been quiet about her love life and her book promises to be a thrilling one.

MaMkhize also has her own reality TV show that is popular among TV viewers.