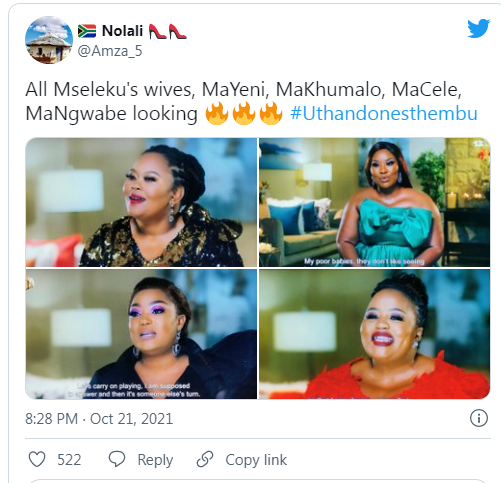 Musa Mseleku’s first wife MaCele shares the first moment her husband brought up the idea of polygamy and her regrets.

Musa Mseleku’s wives MaCele, MaYeni, MaKhumalo open up about being married to one man – Musa Mseleku and also chat about their talk show ‘Igumbi Lamakhosikazi’. 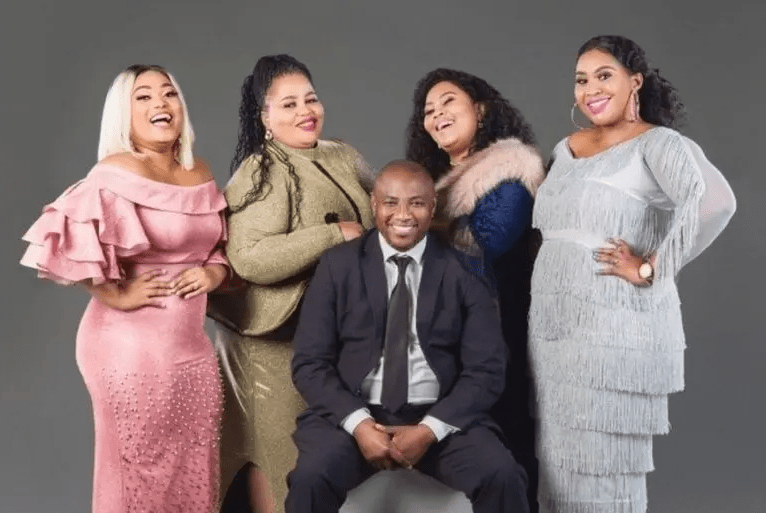 The uThando Nesthembu reality stars will co-host the 13-part talk show which premieres Monday, 7 February at 9 pm on SABC 1. 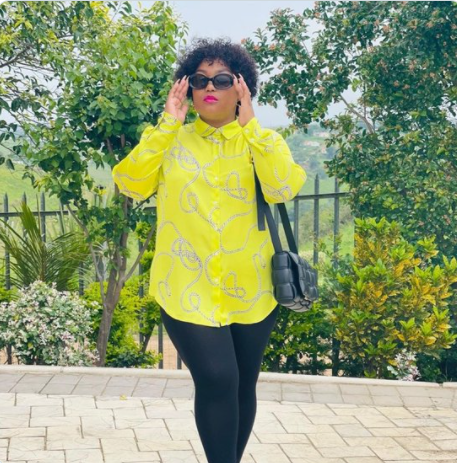 MACELE DISAPPROVED OF ISITHEMBU
Musa Mseleku’s four wives are about to share their insights on polygamy and what it means to them in Igumbi Lamakhosikazi.

They will also share topics ranging from in-laws, intimacy, sex in the marriage, finances, gender-based violence, and parenting.

She tells the publication that she dated Mseleku for about two years before getting married.

The reality star also states that he joked about taking a second wife which she disapproved of.

She later changed her mind when he told her that he was lonely and wanted to have 20 children.

“Look, I love children but having four kids would be traumatic and this man was here talking about 20 kids.”

“I had agreed that he could have kids with other women if he wanted to because there was no way I was having that many kids.”

ALSO READ: Musa Mseleku has FOUR wives and is still AGAINST polyandry!

MUSA MSELEKU’S WIFE DIES
MaCele adds that the TV host and businessman went on to marry MaSaule who died in a car accident before their hit reality TV family uThando Nesthembu.

Mseleku’s wife adds that she did not want him to touch her after he married MaSaule.

“I am okay now, but in the beginning, I did not want him to touch me when he came to my house.”

She didn’t fully accept their situation in the beginning and came up with all sorts of excuses.

MaCele adds that she had conditions when he said he wanted a second wife.

She said she would not be living in the same yard as another woman and she moved out of the family home.

“I moved out before they got married.”

“I knew that I would not be able to cope knowing that my husband was just next door at another wife’s house and I could not be with him.”

She then gave him the permission he wanted for a second wife but said she was not getting involved in anything.

“I think traditionally I was supposed to be part of her welcoming party but I refused to be involved in any way.”

HOW HE ROTATES HIS WIVES
Their husband rotates his time with his wives by being away for three days and MaCele only gets to see him on the fourth day.

The other three wives MaYeni, MaKhumalo, and MaNgwabe all live in the same yard and MaCele spends time with each of them every day.

Miele adds that women need to know that once they agree to the second wife, legally, they cannot say no to a third or fourth.

“Yes you can protest against your husband but legally you do not have the power you had in a civil marriage.”