Look at what was found on the floor at Enyobeni tavern, that belongs to the victims that died. Video

Look at what was found on the floor at Enyobeni tavern, that belongs to the victims that died. Video The tragedy that took place at a neighborhood tavern in the Eastern Cape province continues to cause pain for the people of South Africa. The vast majority of people were caught off guard by this development. The rate at which South Africa’s youth are dying is unfathomable. Everything could have been prevented if the guidelines and regulations had been adhered to. Children younger than 18 years old are not allowed to consume alcohol or be present in establishments serving alcoholic beverages. On the other hand, nothing was checked, and people of every age proceeded to the Enyobeni tavern, where they waited for the calamity to take place.Image When the news came out that about 20 people had been found dead in a bar in the Eastern Cape, it was shocking. Parents ran to the scene of the crime, and what they saw there was terrible. Some parents are directly affected because their children were hurt and they too lost something.

“[IN PICTURES] Some shoes and clothing belonging to victims are still on the scene, earlier on in the afternoon there were forensic teams working the ground as their probe into what could have actually killed the 21 teenagers continue.” reported by EWN reporterImage

By simply looking at what was found inside this tavern when the inspections continued, one can tell that it was packed and overcrowded. The clothes and shoes belong to some of the victims, and it not clear if they took of their clothes when chaos erupted or everything happened before. Someone needs to be held accountable for what has happened. Not only the owner should be charged, but also a thorough investigation should be made to determine who might have triggered chaos at the begging that led to many children losing their lives inside this tavern See the source image 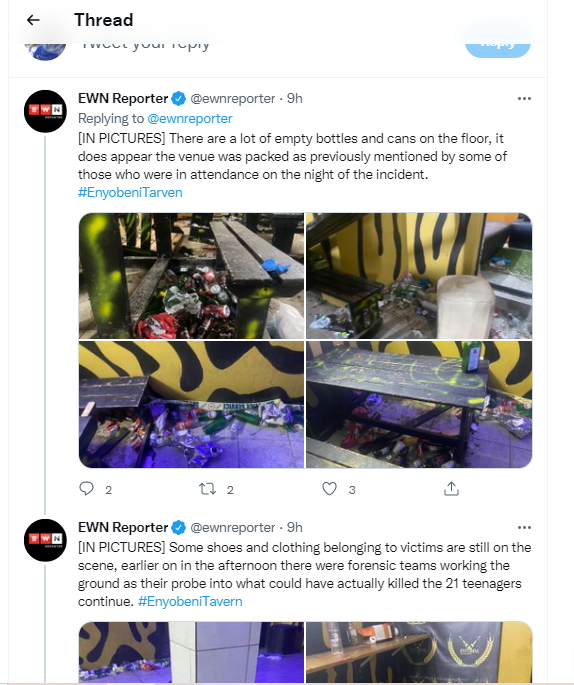 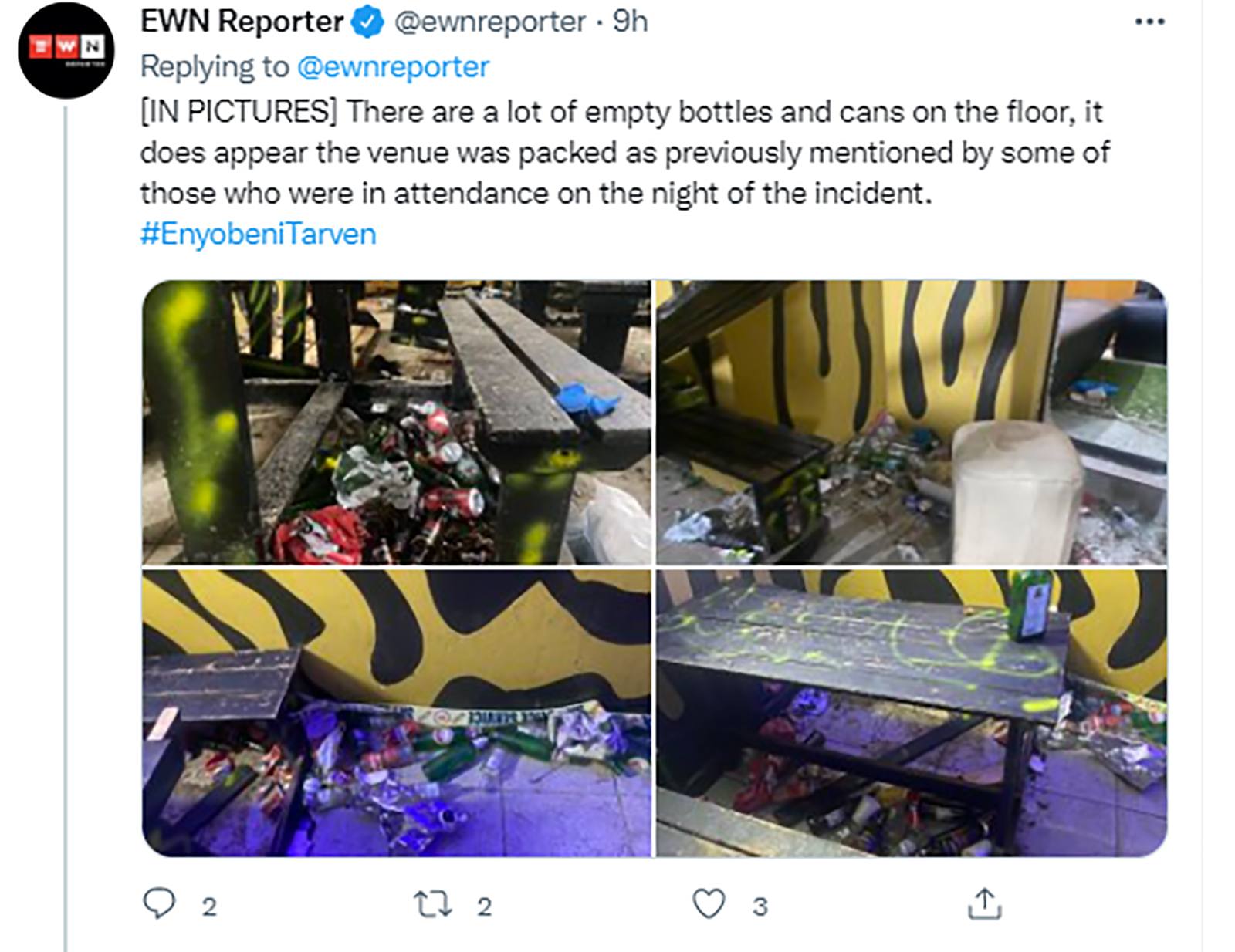 [WATCH] This is the VIP area here at #EnyobeniTavern, it is said that it was also crowded on the night of the incident. pic.twitter.com/j15s2BV2XZ

Content created and supplied by: The_Inspector (via Opera News )