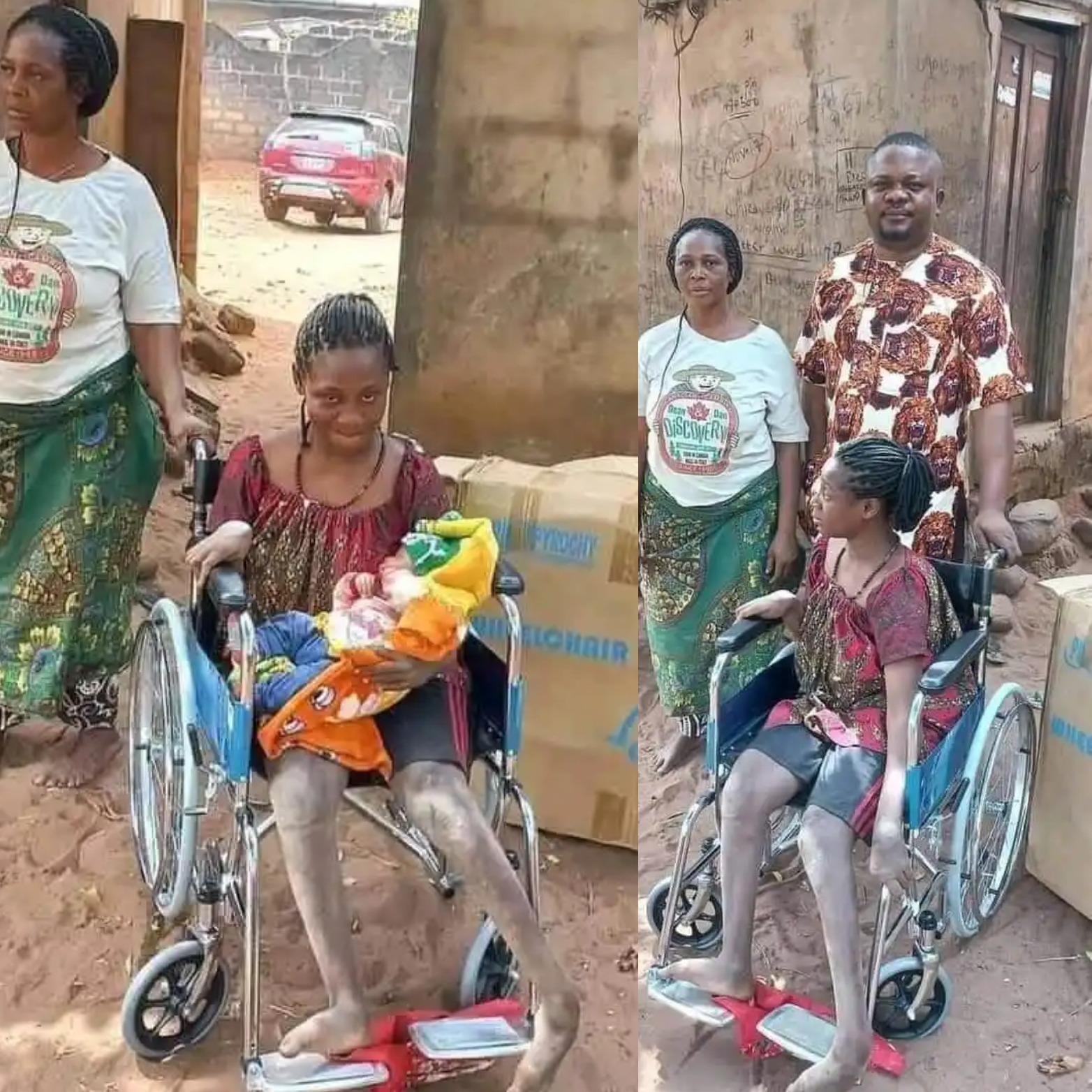 You might wonder how such a girl would be taken advantage of when there must be people living with her right? Well, the source says that the young girl stays with her mother who mostly goes to either the market or her farm, and under such circumstances, the young girl would be left alone at home.

One would also wonder why the young girl got taken advantage of so easily, well, the truth is that the young girl is not mentally stable and as such, she would not be able to tell what is being done to her.

Sadly, after being taken advantage of, she gave birth to children which her mother must have found difficult to cater for since they live in extreme poverty. Thankfully, a good samaritan who saw the condition of the young girl decided to donate a wheelchair to aid her movement as she seemed to move around with her body which made her dirty all the time.

Meanwhile, the 2 children of the young girl comprise a boy and a baby who is not up to 5 months old. Though no one has been identified as the culprit who committed the dastardly act against the minor, she must be protected at all costs.

It is quite saddening to see someone take advantage of a minor who is not mentally fit and if laws were made to protect mentally unstable people against sexual abuse, then such menace would be reduced to the barest minimum.

Content created and supplied by: Viral_trends (via Opera News )