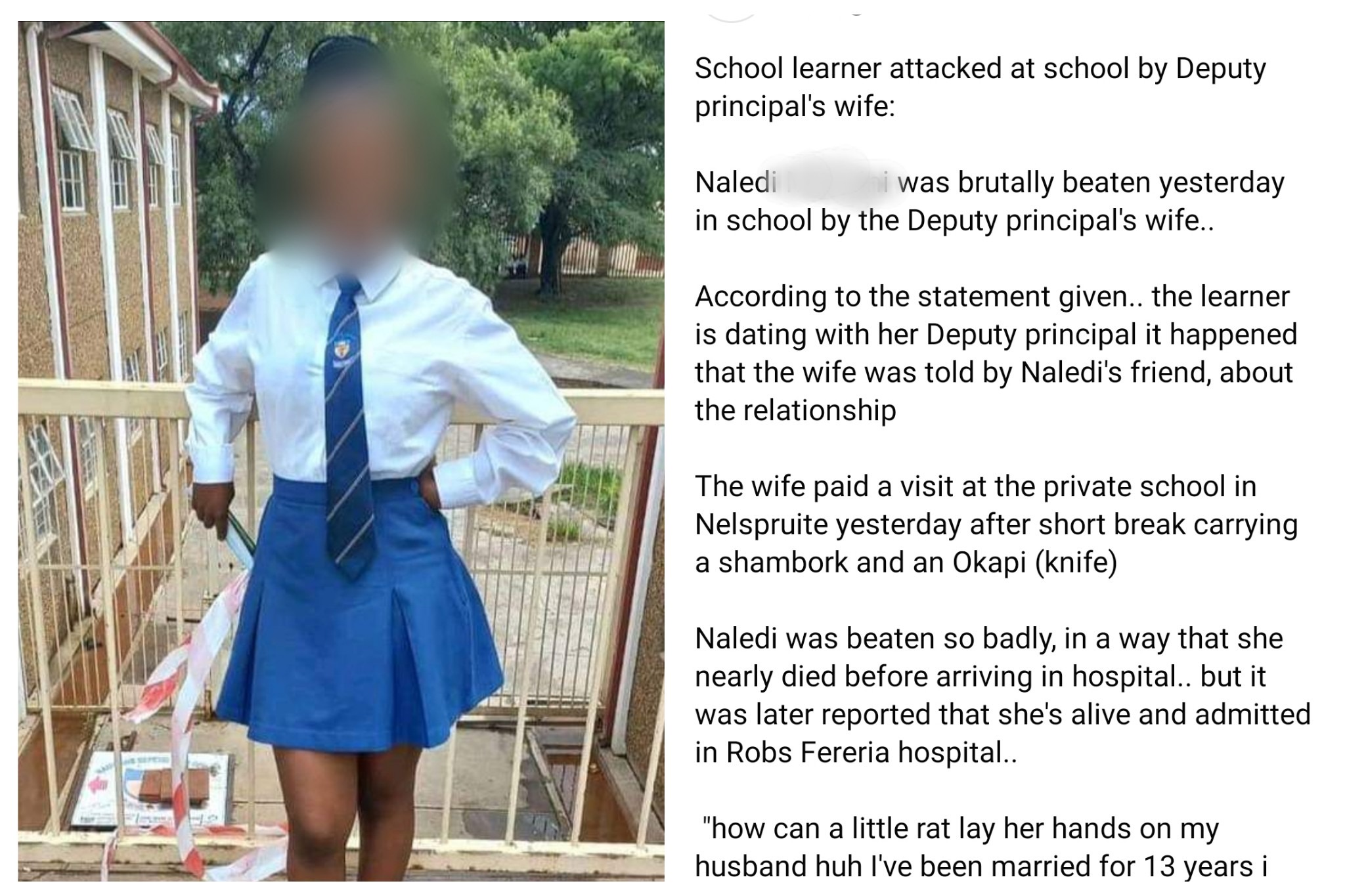 The issue of teachers dating school girls is not new, we have been hearing about it for so many years. An improper relationship with a student can result in a criminal conviction, imprisonment, and financial penalties. Even if the relationship is consensual, an improper act between teacher and student is illegal.

A schoolgirl by the name of Naledi has allegedly been brutally beaten up on Monday in school by the Deputy principal’s wife. According to the statement given it has been revealed that the learner is dating her Deputy principal. It happened that the wife was told by Naledi’s friend, about the relationship.

It is alleged that after finding out about her husband’s relationship with the student, the Deputy Principal’s wife paid a visit at the private school in Nelspruit on Monday after a short break carrying a Chambord and an Okapi (knife). Naledi was beaten so badly, in a way that she nearly died before arriving in hospital.