Kill Blacks – Leave Pitbulls: Belinda’s Utterance Gets Her Kicked Out Of Her Renting Place

Kill Blacks – Leave Pitbulls: Belinda’s Utterance Gets Her Kicked Out Of Her Renting Place 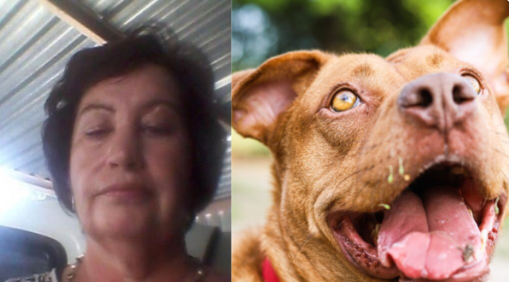 South Africans have been calling for Pitbull to be banned after there has been cases where these reportedly killed a number of children after attacking them, people have called on these dogs to be banned since they are a danger to human beings wherever they are, once they are angry, they maul people and kids are always at a threat whenever these dogs are kept as pets.

A white lady by the name of Belinda Magor who’s voice note was making rounds on social media uttering racist statements is on top of the headlines after people called for her to be removed from the society since what she said is wrong and they even called for her to be arrested, the South African Police Services in Benoni swiftly moved and brought her to book, she was arrested on Saturday and many people accepted her arrest.

Belinda was reportedly released on warning and she will make her court appearance soon, but is seems she will be homeless after she was given an eviction order by her landlord, this comes after the entire South Africa went wild over her hate speech and her Pitbull hate speech has started to bite back, she has been sent out from rented place.

“I gave her notice to leave my property. I do not want to associate myself with a racist. We do not want such people here,” the property owner said according to reports.

This comes after Belinda Migor heard in a WhatsApp Group saying kill all the black men, shoot them and cut out all black women’s uteruses and their ovaries so that they can’t procreate.