Johannesburg: Zimbabweans being chased down by South Africans in Turffontein

Johannesburg: Zimbabweans being chased down by South Africans in Turffontein 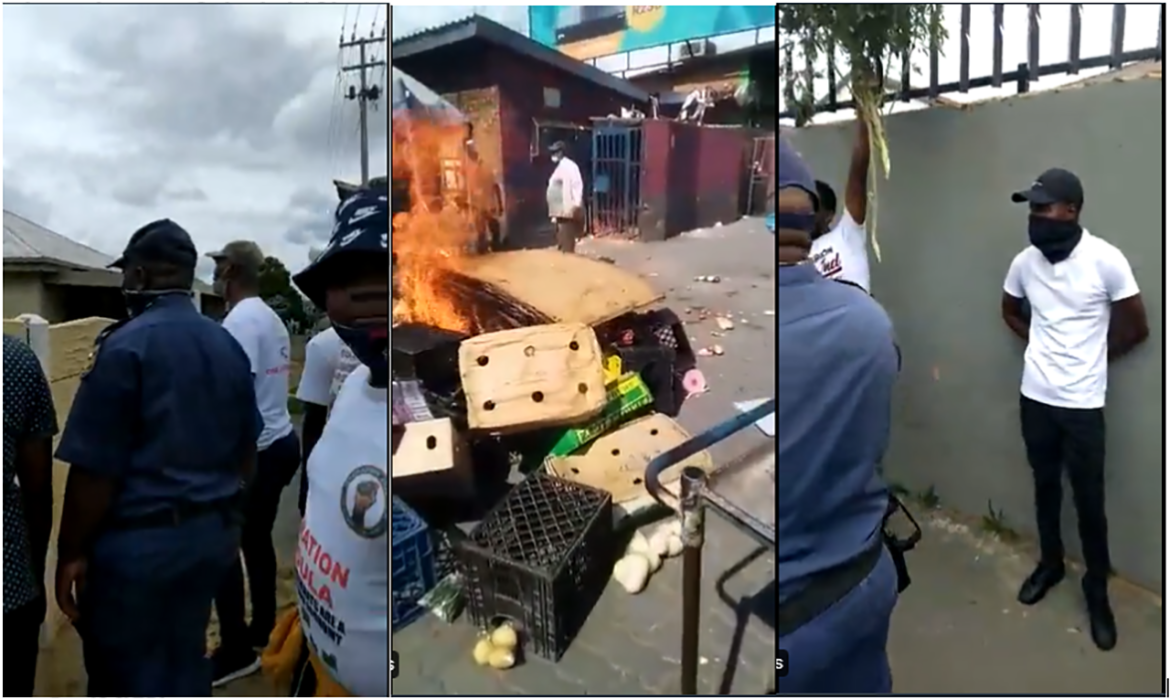 Several videos are circulating online posted by the former CNN and BBC, Zimbabwean journalist Hopewell Chino’no on his tweeter handle with the caption:

“In South Africa illegal immigrants mainly Zimbabweans are being hunted like animals. This has been happening since 2008 and @SADC_News has not attended to the root causes. The only way out and only solution for Zimbabweans is to #RegisterToVoteZW in huge numbers for 2023”

In the video members of the South African Police Service were seen on the scene arresting Zimbabweans who are undocumented and were selling tomatoes and veggies at the market.

A group of South Africans destroys and burn the market stall while signing that foreigners must go back home. The general public has been at odds with the Zimbabweans living in South Africa for overwhelming our hospitals, education, and our prisons. As the Zimbabwean economy continues to nosedive both countries will likely experience tension due to illegal migration and the politicization of the whole issue in the upcoming elections in 2023 Zimbabwe and 2024 South Africa.