James finally makes a confession but is it too late?Muvhango

James finally makes a confession but is it too late?Muvhango 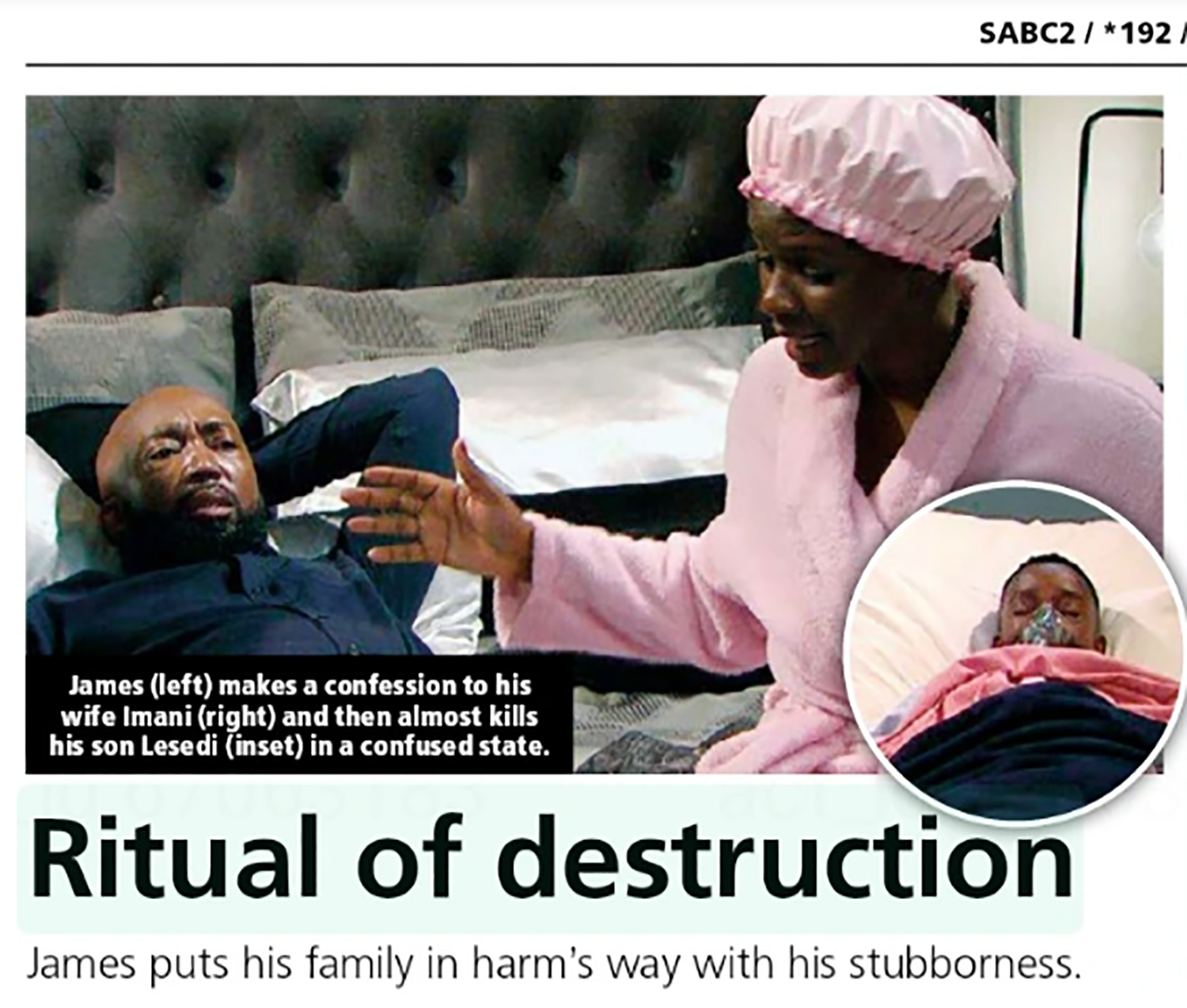 Businessman James (Dingaan Mokebe) has a lot of secrets hiding in his closet. But that may not last long, says Dingaan. “James thinks it may be time to let Imani (Zonke Mchunu) in on his biggest secret,” says Dingaan. “James is embarrassed but he has to come clean and she deserves to know the truth about how he was conceived.”

“James relays the story of how his father (not seen onscreen) raped his niece (not onscreen),” explains the actor. Despite this shocking revelation, Imani is the ever-supportive wife and comforts James and reminds him that he’s not at fault and that he has nothing to feel guilty about.” After their chat, James realizes that he needs to confront his fears. He’s ready to face his past and take care of these things. But James’s insecurities come back to haunt him when he’s told that he must undergo a forgiveness ritual.

James has to summon the spirit of his father and forgive his father for all of the wrong things that he has done to him. But James lets his stubbornness and his ego get in the way and refuses to do it. And his family is going to suffer. James begins to have weird dreams, he experiences sleep paralysis and he unknowingly gives his son Lesedi (Larona Maponyane) food that the boy is allergic to, sending him to the hospital.

James has always tried to protect Lesedi, and he can’t believe what he’s done – he’s put this child in harm’s way. Thankfully he has Imani to comfort him and console him while Lesedi recuperates.