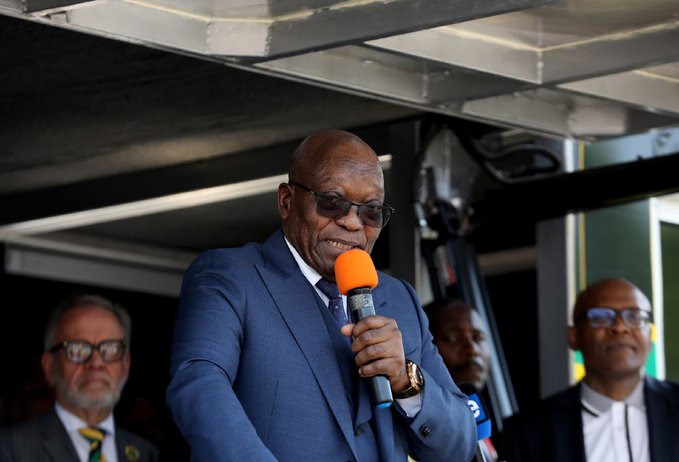 Justice Malala a top shelve columnist for Times Live, wrote about former President Zuma on the news website, he said that his actions are not of an innocent man, meaning that he deserves to be in Jail.

The rioters died last year due to the stampede that occurred when malls were being looted by the people, and he never said anything about all those people that died trying to set him free from prison time. The former president did not say they should go loot, he was just used as an excuse because people were hungry due to difficult lockdown conditions that happened when the virus was at its peak.

The struggle continues to happen in a lot of townships and informal settlements we are seeing people struggle to make a living, it is like they cannot see the truth that is in front of them, they are caught up in the loop, and they cannot even fight their own poverty, and they follow all these politicians who keep on lying to them telling them that it will be okay if they follow their cause not understanding the real truth which is you can be your own god and make you.

Justice Malala has his face on the website, which is quite dangerous for all the things he keeps on writing, he might be in trouble, also we do not see the face of the editors who is usually white people most of the time.

Reporters that work for times live should be very careful what they write about online, it could all backfire on them as Zuma is a really powerful man but what us better is that most of his followers cannot read nor write so anything is possible looking at how these things might go in the future.