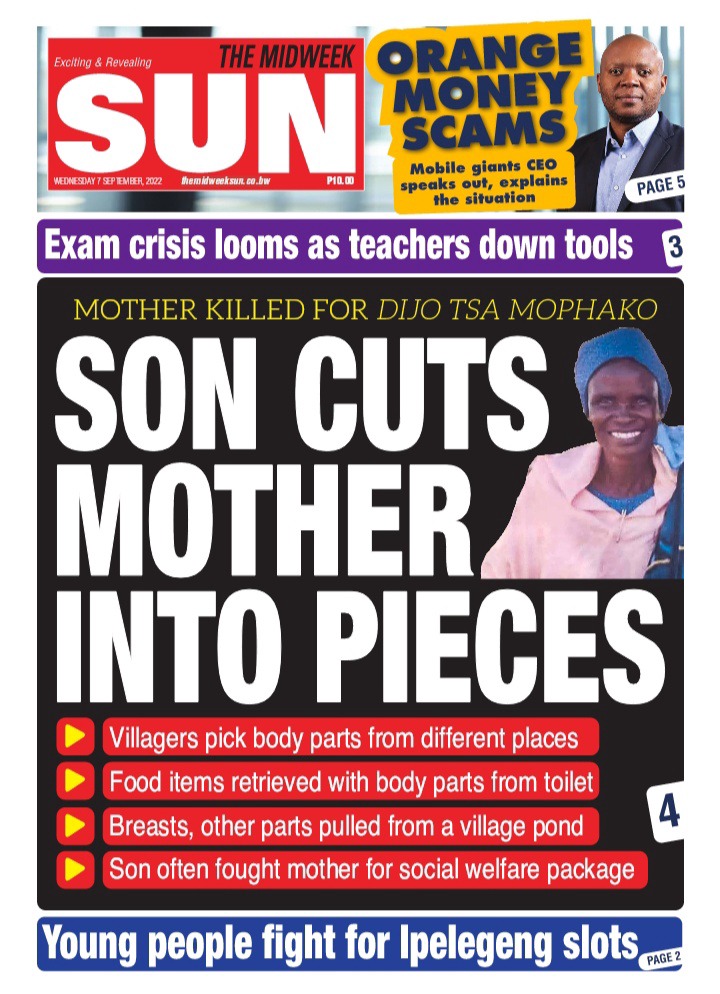 Tumasera has been left reeling in shock after Bokamoso Setlhabi, who is Omphemetse Dineo Setlhabi’s son, was taken away by the police on Friday evening.

Bokamoso is being questioned about his possible involvement in the brutal killing of his mother.

He appeared before Mahalapye Magistrate court this past Tuesday facing a murder charge.

When The Midweek Sun team was at Setlhabi’s home on Friday evening, the forensics team was busy at work sniffing around Setlhabi’s house.

A broken door was not hard to notice and The Midweek Sun learned that the son had all along been chasing people away, asking why they were gathered at his mother’s home.

The son allegedly locked all doors, refusing the police entry leading to the police officers breaking the door to gain access.

According to a highly-placed government source, who spoke to this publication this week, the son has confessed to killing his mother. The son is mentally unwell.

“He confessed to hitting his mother with a log on the head and chopping off her head with an axe. He has in the past complained that his mother restricted him from eating freely the free food he got from the government.

“When the police were digging out body parts from their toilet, there were food items including mayonnaise, tomato sauce, and soft drinks inside the toilet. All those are suspected to have been bought by him. He was allegedly seen stocking up not so long ago,” the source said.

Othomile Boiki Setlhabi who is brother to the deceased said they last saw his sister on the 14th of August 2022.

Speaking to The Midweek Sun in Tumasera this past weekend, Othomile shared that his sister was to start work in one of the government’s poverty eradication programmes on the 15th of August 2022 but never pitched. 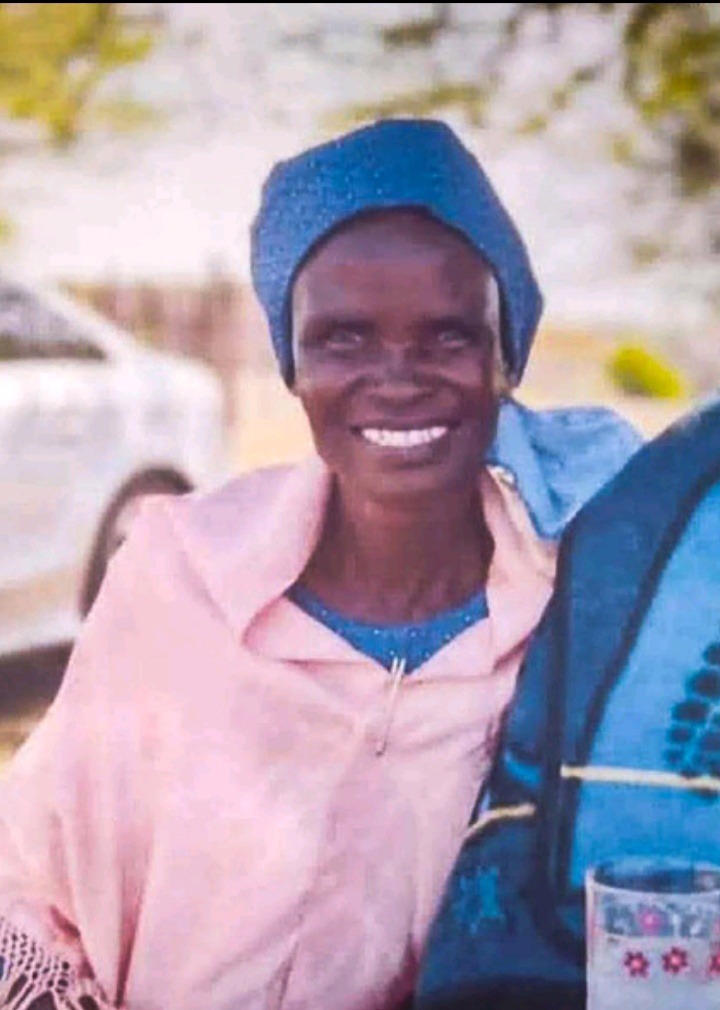 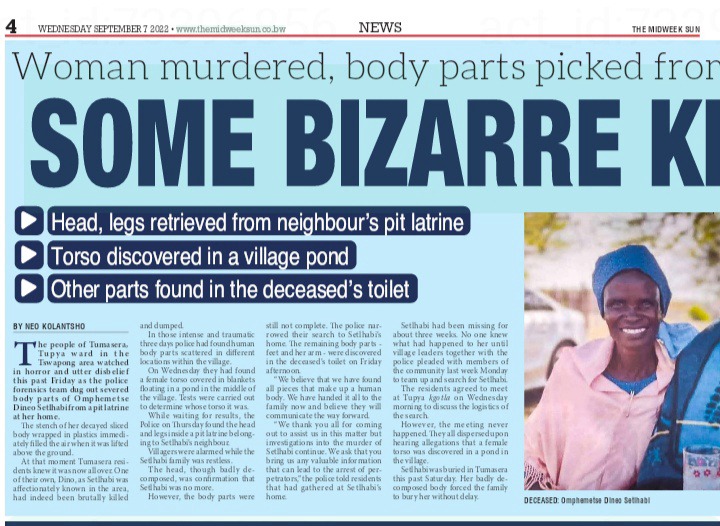 A week later, the deceased’s children who reside in Gaborone called their uncle (Othomile) to inquire about the whereabouts of their mother, worried that her phones were off.

The brother said they tried calling a few people but no one knew where she was. They reported the matter to the police.

“The police tried searching for her but nothing,

that is when they suggested we should ask members of the community to help us,” he said.

The family is relieved to have finally buried her.