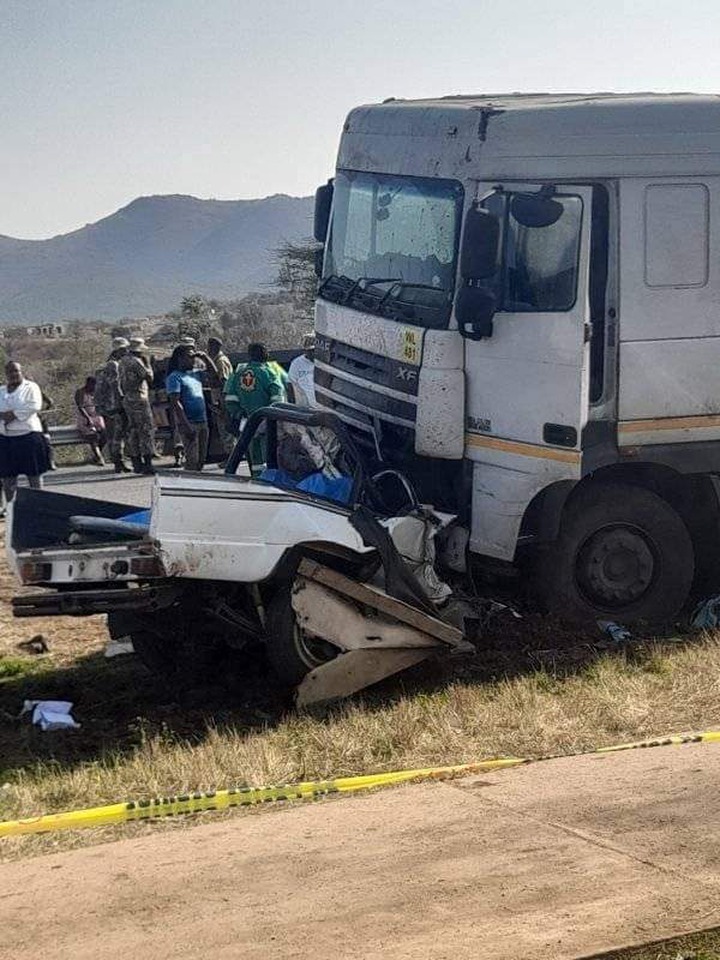 A lot of parents prefer to take their kids to schools where they will have to use transport to move between their homes and the schools, these days they use vans in many place since they happen to be cheaper and affordable, they forget about their kids’ safety, they only focus on the cheap price forgetting that that are putting their kids’ life on the line and the parent of the 17 learners from KwaZulu-Natal have learnt a lesson the most horrible way anyone could ever think of, this comes after a horrifc head-on collosion between truck and the kid’s transport.

A dark cloud is hanging in KwaZulu-Natal at Pongol on the N2, this comes after at least 17 Kids were reported to have lost their lives following a horrific crash between a scholar transport van and a heavy truck, the accident reportedly happened on Friday afternoon as the kids were heading back home from school, unfortunately they never arrived at the respectively homes, their parents have had to go and identify their bodies instead of welcoming them back from school.

“Truck Accident at pongola N2 (KwaZulu Natal Province) Collision with a van that was carrying children from school earlier this evening. 17 Children are confirmed to be dead now,” reports suggests.

On the pictures, bodies of kids were seen all lying dead on the tar, they were scattered all over the road lifeless the most heartbreaking thing for a human being to see, more especially for someone who is a parent.

It is not yet clear what lead to the horrific crash, but the South African Police Services have opened their investigations and a docet of culpable homocide has been opened, further investigations will determine what really cause the accident.

The department of education has always been discouraging the transport action of learners by any vehicle which is not designer to transport people, but since people are also making ends meet, they keep doing it as it is their only means to make money and be able to provide for their families.