Grave! The Boy Who Was Killed By a Pit Bull Was Laid to Rest Yesterday, See What Was Spotted At his Funeral

Grave! The Boy Who Was Killed By a Pit Bull Was Laid to Rest Yesterday, See What Was Spotted At his Funeral 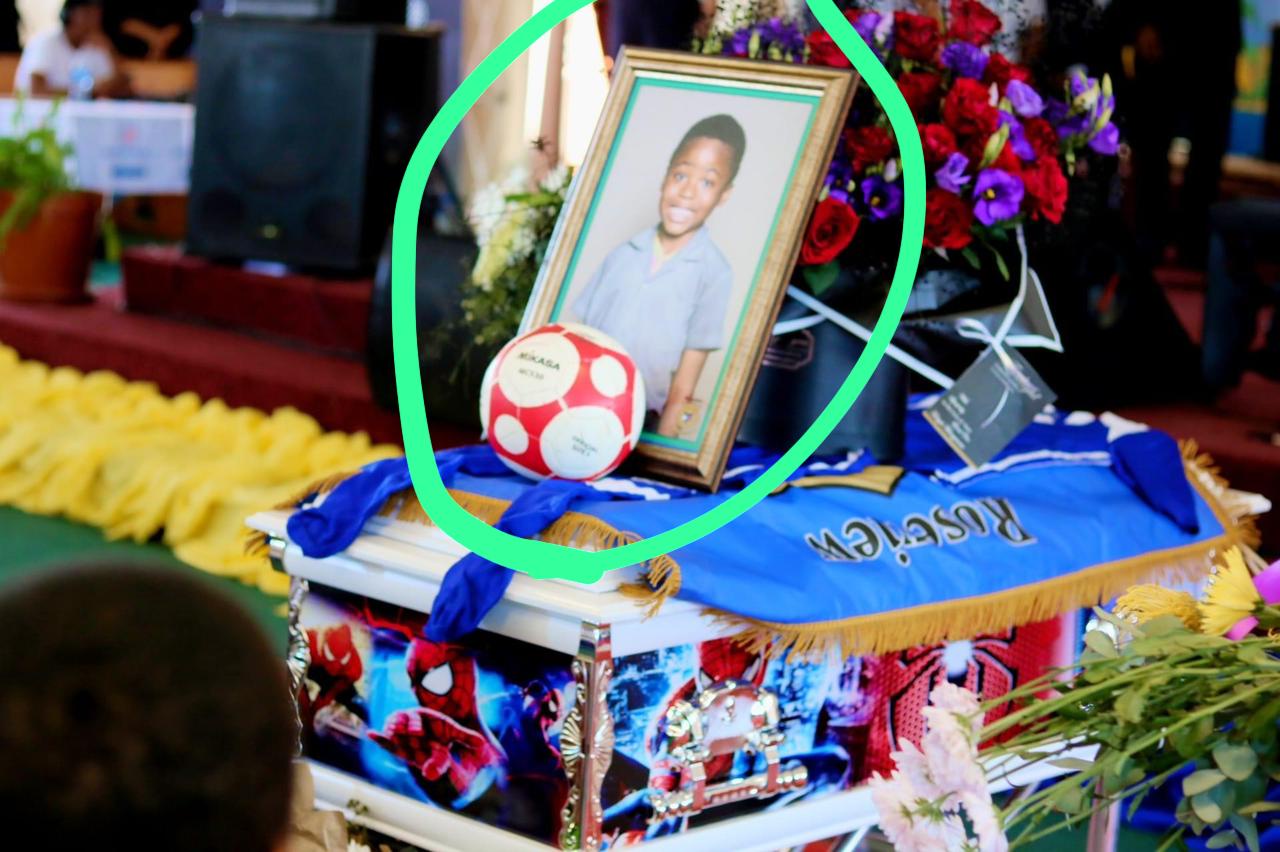 Since last week, pit bulls have been the most talked about topic. The police are calling for everyone who owns a pit bull to surrender it to the nearest police station. Pit bulls are very dangerous; there have been so many cases of people who were killed by pit bulls. With all that, community members and police are advising those who have them to surrender them at police stations. Last week, there was trending news about being compensated if you reported someone with a pit bull.

There was a very heartbreaking story about an 8-year-old boy who was killed by a pit bull a few days ago. Olebogeng was killed by a pit bull while he was playing at home. According to the reports, the deceased neighbor had many pit bulls that were chained; one of them broke free and jumped on the neighbor. It found a small boy playing in the garage, and it started attacking. People came out to help, and they tried everything they could to beat the dog so it would let go of the boy, but it didn’t work.

It was unfortunate that it killed Rim right at the scene while the grandmother was watching in terror. Olebogeng was sent to his final test yesterday, and his funeral took place at Vista Park in Bloemfontein at the apostolic faith mission church. Inside the funeral, his coffin wrapped in a Spider-Man cover could be spotted. There were so many flowers that were brought by people to show love and support; some even brought toys like soccer kits and balls because he was a soccer lover. The boy’s mother could be spotted wearing all white; you could tell that her heart is totally shut. There was even a police officer that came to pay respect to Olebogeng and the family. It was a very heartbreaking moment, but people tried their best to show support for the family. May the boy’s soul rest in peace. To all the pitbull owners: Let not our egos take over as I stand here as 1 and hand over mine.Our dogs are unpredictable, whether trained or not. Please do the right thing and save lives.