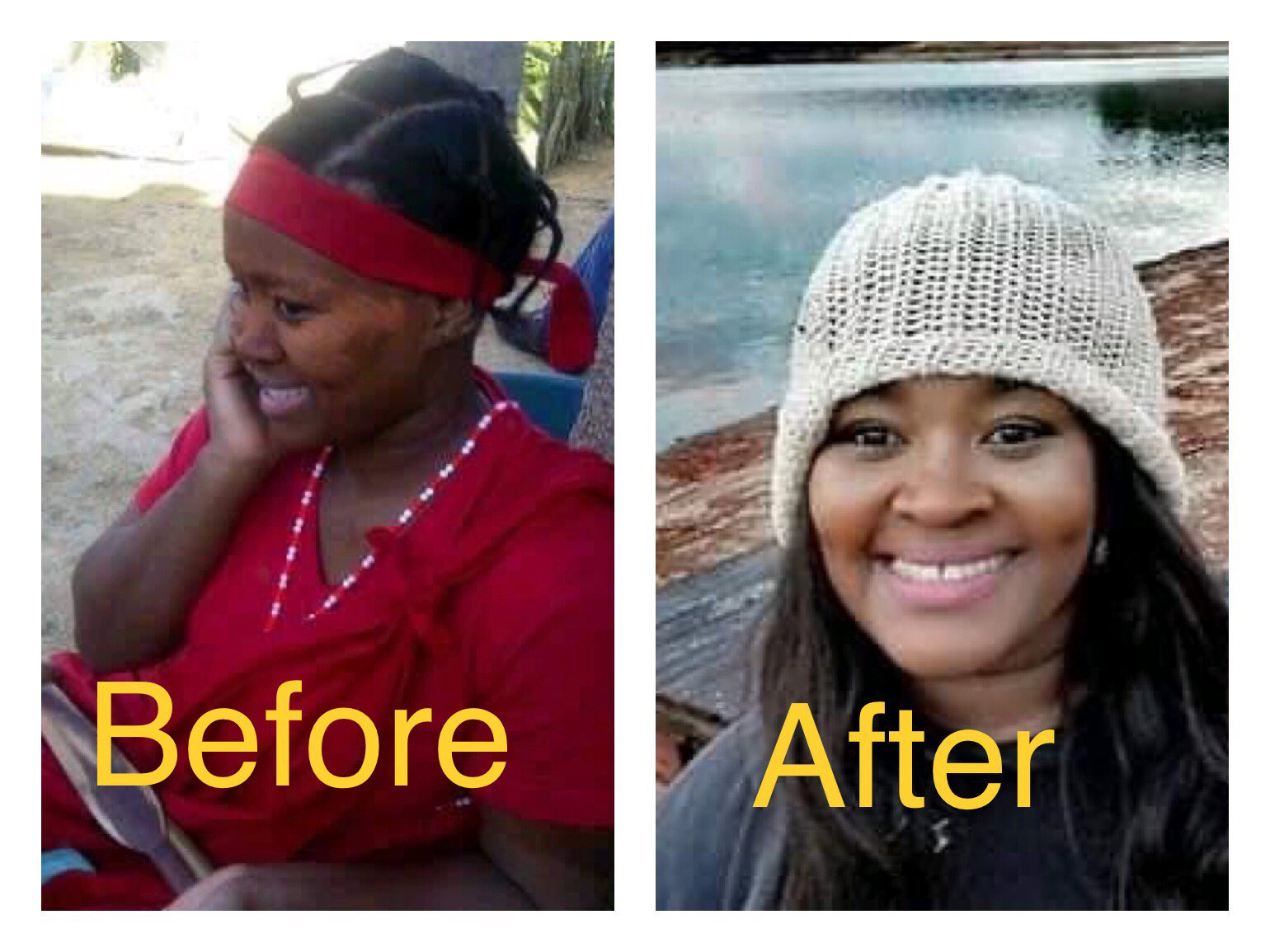 Since she took the decision to quit the life of a sangoma, it has been five years, and she is proving incorrect everyone who thought things would go terribly poorly for her after making the decision to leave the sangoma lifestyle.

She claims that a sangoma who had stayed underwater for a year and three others predicted one thing, and that thing was that she would go mad, and that her marriage would fail; but, now that she is a born again Christian, her marriage is doing better than it has at any point in its history.

She continues by discussing the prophecies of the Sangoma who were submerged in water and how they had no chance against the will of God, saying, “he could predict your name and was known to be very strong.” Even he was incapable of recognizing the things that God had created, and God showed him that his wisdom was flawed.

She goes on to say that “even the most powerful of Sangoma are unable to perceive the concealed secrets or mysteries of God since the information he possesses is not of God but of another realm.”

She then gives the impression that ancestors are evil spirits by saying, “the enemy can lie, project fear, and threaten you to steal your real God-given destiny while he gives you a demonic mandate that will result in a generational curse, with many of your descendants to follow having to feed that altar through constant blood sacrifices.” The more you bring offerings to this altar, the more demons will make their way into your house. It is an open door for demons to launch their assaults at any time.

She gives thanks to Jesus for delivering her from the fear that her ancestors would make her sterile, annul her marriage, and cause her to become irrational if she did not follow the path of becoming a sangoma. Jesus saved her life and freed her from that fear.

She claims that despite the fact that she is grateful to Jesus Christ for saving her life, she cannot help but feel saddened by the fact that there are still people who are unable to lead a quiet life as a result of persistent witchcraft attacks. She claims that even though these individuals are required to regularly participate in cleansing ceremonies and rituals, God is able to protect them and they are unwilling to make any sacrifices for Him.

She says, “If you are iSangoma, and you are beginning to understand the trap for what it is, God is more than capable of delivering you just like he delivered me. Because they are all mere mortals, the lives of those Sangomas and false prophets in whom you have placed your faith will one day come to an end. However, your family will continue to be in a spiritual muddle for many generations as a result of all the help they offered.

Grace Gaobepe is making a mockery of the religious convictions of other people, despite the fact that everyone of us is entitled to our own thoughts. It is a wonderful thing that she has become a born again, and no evil has followed her; nevertheless, why does she now ridicule conventional healers? Why is it that other people have to view ancestors in the same way that she does now, as being demonic?

Like her, traditional healers have a firm faith in the existence of God. In point of fact, a good many of them attend church, and some of them even make use of the bible in their practices. A wonderful illustration of this would be the Church of Saint John the Baptist. Instead than trying to persuade people to view African spirituality in the same way that she does, Grace should follow her own path. If other individuals want to become born again Christians, they should follow her example and make the decision on their own, without from the influence of anyone else.

Content created and supplied by: Recreation (via Opera News )