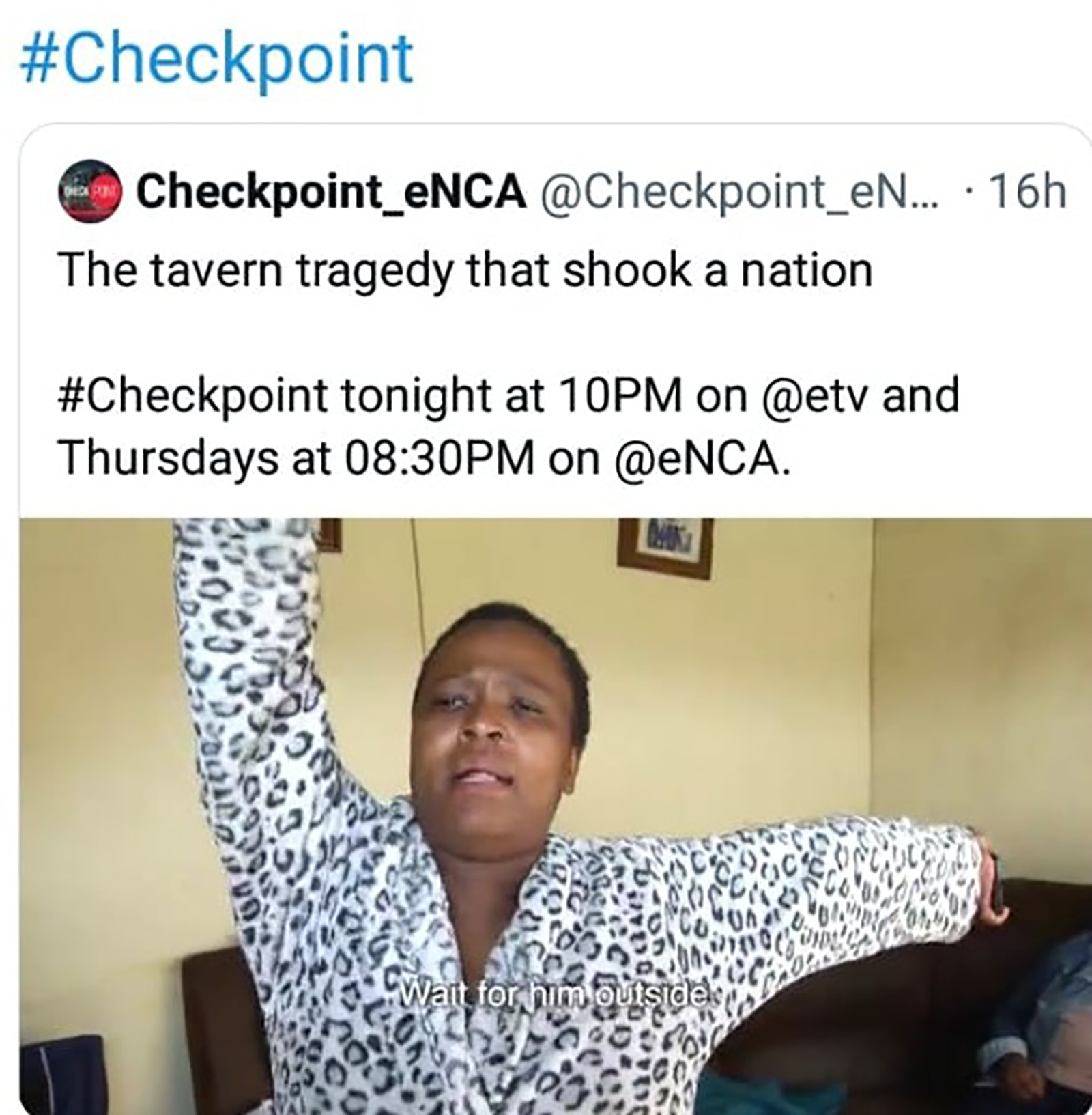 Wednesday 6 July 2022; was the day most of the Enyobeni; in the Eastern Cape; victims were buried; in a sad and emotional mass burial.

It was also the day that; Checkpoint an eTV show; aired an episode that looked into the whole issue surrounding the deaths of these children.

However; viewers of this investigative journalists show; were not prepared for how cold and inhuman; the owner of Enyobeni; Siyakhangela Ndevu and his family; including the bouncer were; about the whole incident.

Apart from the fact that this man disrespected his elderly neighbours and kept them awake until the wee hours of the morning; while operating his business which culminated in the death of children as young as 13 years old; he just does not care about what happened.

When one of the journalists from eNCA called him; trying to set up an interview; he agreed to meet with her the next day; but failed to realise that his cellphone was still on and he was on speaker; he can be heard in the background boasting that he is now a celebrity; being chased by journalists.

Ndevu talking to eNC journalist on the cellphone.

However; the following day; all he did was evade the journalists and left them exposed to his rude family; who shouted at them in a brazenly cold manner; to wait for him outside.

One woman still wearing her night gown midday; stood up and stretched herself in front of the cameras. Some of their actions were so uncivilised and rural.

The neighbour who lives next to the tavern

The bouncer spoke openly about saving their own skins and failing to control the crowd. She related in a cold expressionless face; how she was not prepared to lose her life for those children.

The bouncer who was working at the tavern on the night of the incident.

She mentioned how; by just looking at the faces of those children; that they were minors; but they still let them into the tavern.

It was chilling how she spoke about loadshedding which happened between 9 p.m. and 11 p.m. that night; when the generator took over and lit the property; it was inside the tavern and not outside.

Earlier; the owner had been called by the cashier letting him know that the place was full; but he was heard by one of the survivors saying as long as money was coming in; he did not care. In my opinion that Tavern will never operate again; if it does; it will be torched. The owner may face serious mob justice after yesterday’s episode of Checkpoint. Watch; snippets of the video on the link below:

The tavern tragedy that shook a nation#Checkpoint tonight at 10PM on @etv and Thursdays at 08:30PM on @eNCA. pic.twitter.com/WD9eJ6zui0